/ Quick History / 5 Christmas Traditions You Might Not Know About

This terrifying Christmas tradition likely emerged before Christianity entered the region. Krampus, suspected to be a version of the Horned God of pagan witches, is often depicted with horns, a lolling tongue, and cloven feet. He carries anything from a birch branch to a whip, yes, a whip, to punish bad children. This tradition assimilated with Christianity in the 11th Century, making St. Nicholas and Krampus the good cop, bad cop routine of your nightmares. It’s no wonder that people are second guessing whether Krampus is appropriate for children.

Bonus fact: in Lower Austria, Krampus often follows the arrival of Belsnickel—a creepy character more popular in German lore. You can learn more about him on the “Dwight Christmas” episode of The Office.

I guess if he grew out the beard a little more Colonel Sanders, could be Colonel Santa. Photo credit: Wikipedia.com

Kurisumasu ni wa kentakkii! A marketing campaign in 1974 declared “Kentucky for Christmas” was the best way to celebrate Christmas Day. It was so successful that people ordered their prized KFC months in advance to avoid a two hour line on Christmas. You heard me: the Japanese Christmas feast is a $40 meal deal that includes fried chicken, cake and a bottle of wine from KFC. Although the newest one on this list, it’s safe to say that this is now a Christmas tradition. You can’t make this stuff up.

With the lights low, this somber but relaxed meal is one of the holiest holidays in Lithuania.

Representing new beginnings, the Christmas tradition of Kūčios draws family members from wherever they are to partake in a holy meal. There are twelve dishes for each month of the year. While the dishes may contain fish, Lithuanians abstain from other meats the entire day. The dishes are spread over a table decorated with a pure white tablecloth and hay to represent Jesus’ humble birth. Before the meal, each person at the table takes a Kūčiukai. This small piece of unleavened bread is broken and eaten by another family member after sharing well wishes for the new year. Then, it’s feast time! 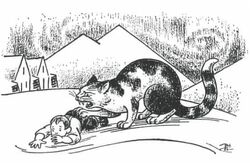 The vicious Yule Cat claims another victim— rumor has it that the hole in his sock gave him away. Photo credit: pdshwikia.com

This gigantic, vicious cat is said to devour any poor souls that have not received new clothes for Christmas. While it’s referred to as an ancient tradition, written accounts only exist as recently as the 19th Century. The threat of the yule cat was used by farmers to “encourage” their workers to finish making autumn wool before Christmas. The stakes are high: if you succeed, you get new clothes. If you do not, you will be the prime target for the Yule Cat. What is it with all these violent Christmas traditions? 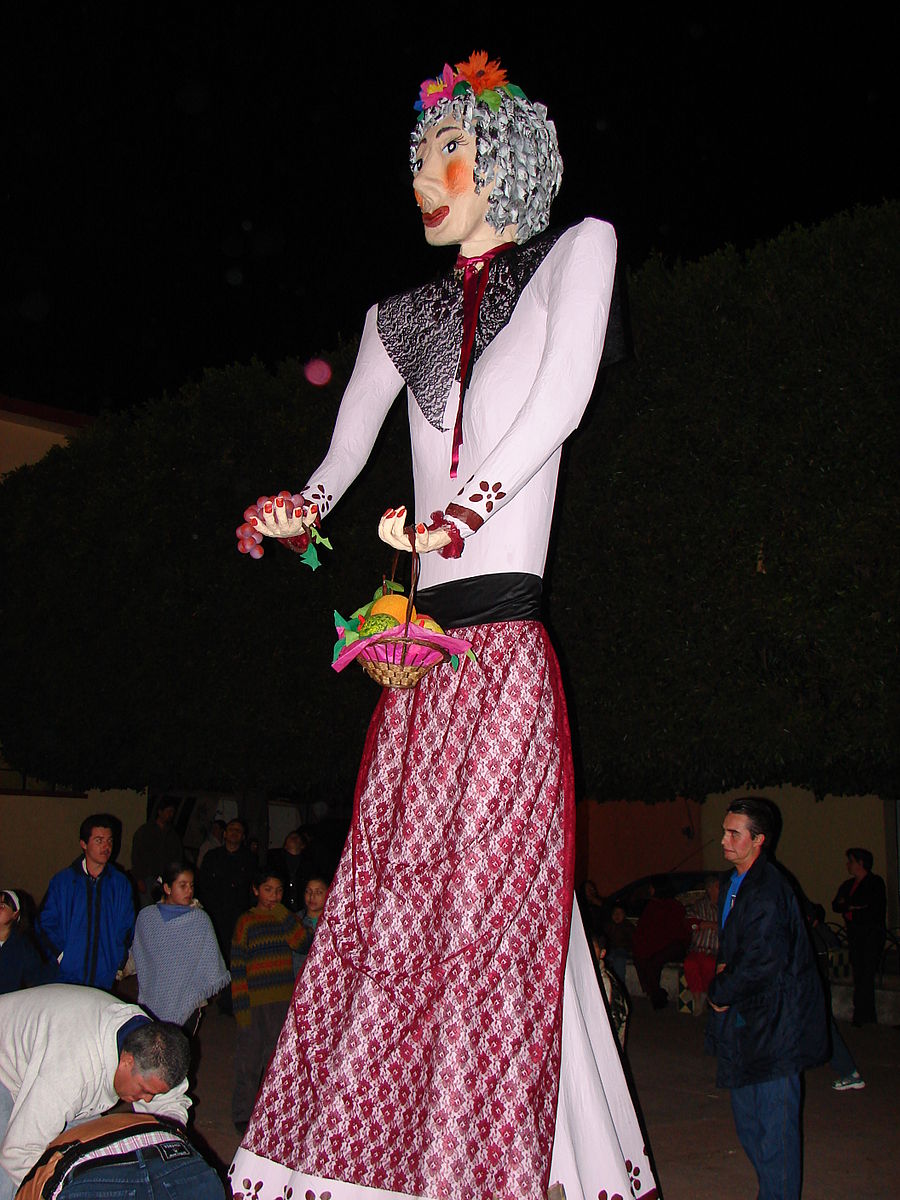 This depiction of Befana show her preparing to give gifts of fruit and sweets to a good child. Photo credit: Wikimedia.com

This kind old woman is the Italian Santa Claus of the new year. Some believe her legend is a version of the goddess Strenua, goddess of purification and well-being in the new year. This merged with Christianity to create the legend that the three wise men appeared to ask her where they could find the Son of God. She did not know, but provided them with a place to stay in her lovely home. Befana declined their invitation to join them on their search for Baby Jesus, and after changing her mind began the search for the Son of God. She searches to this day, and families leave out wine and food typical of their region to help Befana on her journey. On January 6th, Befana flies around the world and stuffs children’s stockings on her way through their town. She leaves presents for the good kids and lumps of coal, or even a stick, for the baddies. Before Befana leaves, she sweeps the floor to sweep away the problems of the previous year. Super helpful, if you ask me— in my own experience, Santa just leaves a bunch of crumbs.

Does your family have a special Christmas tradition? Tell us about it in the comments!