New York City has always been universally known as one of the biggest tourist cities in the world, but today there is a different reason why many are planning trips to The Big Apple. It isn’t to see the skyscrapers or to be in a live studio audience, people all around the country are booking their flight and hotel so they can have a chance “to be in the room where it happens.” That’s right. Hamilton: An American Musical has everyone, including millenials and non-theatre goers, running to New York City, so they can be a part of the phenomenon that is taking place on Broadway.

Hamilton: An American Musical is an 11 time Tony Award winning hip-hop musical created by Lin-Manuel Miranda about founding father Alexander Hamilton, it explores his oftentimes embattled relationships George Washington, Thomas Jefferson, and the daughters of General Philip Schuyler, along with the important contributions he made that helped shaped our country. For example, he established The First Bank of the United States, the US Coast Guard, and wrote the Federalist papers.

So, let’s go on the Hamilton tour of New York City?

The Hamilton Grange, located uptown in St. Nicholas Park, is where Alexander called home for two years, until his death. The Grange is now a U.S. National Park and is open to Hamilton fans from all around. The bottom level of the house serves as a display of Hamilton’s life. The attraction holds guided tours, but welcomes anyone who wants to take in the history without a guide. The Hamilton Grange is a great way to learn more about the home life of the Hamilton’s, as well as their prized possessions. 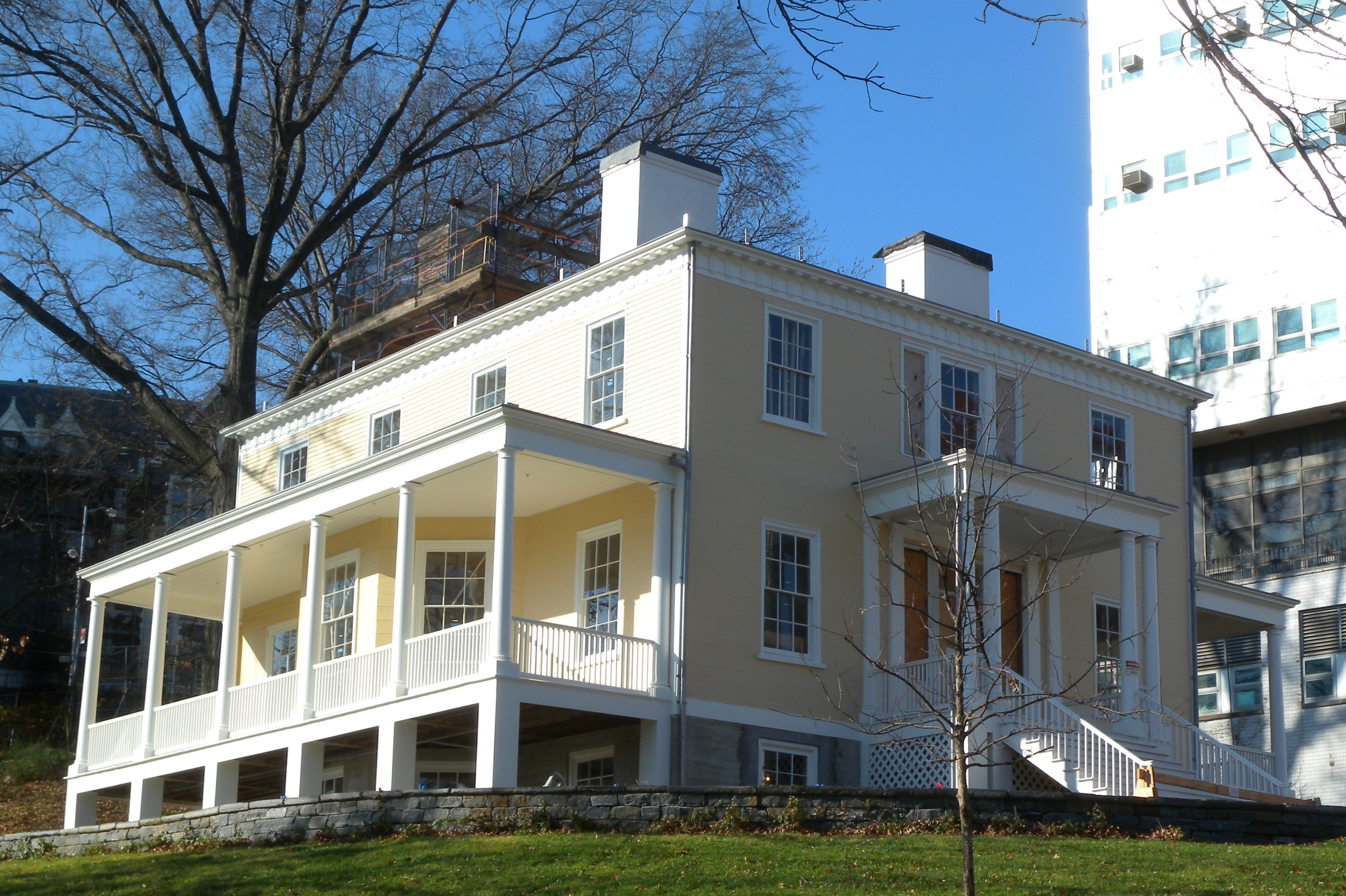 Fraunces Tavern is one of the oldest structures in Manhattan, according to Playbill.com. Fraunces Tavern was a popular place for New Yorkers to let their hair down and take a break during the Revolutionary War. According to Playbill.com, The Long Room in Fraunces Tavern is a landmark of itself because it is where George Washington’s farewell took place, after the Treaty of Paris had ended the Revolutionary War. Interestingly enough, the Tavern is known for a dinner that was hosted by the Society of Cincinnati for veteran officers. Both Alexander Hamilton and Aaron Burr attended this dinner. A week later their fateful duel would follow.

One of the more somber Hamilton attractions in New York is Trinity Churchyard Cemetery, where Alexander Hamilton, Elizabeth Schuyler Hamilton, Phillip Hamilton and Angelica Schuyler Church are buried. You won’t be able to miss Hamilton’s grave, which is equipped with 4 pillars on each corner and a big white pyramid on top. The cemetery is located near Wall Street and is a must-see for all Hamilton fans.

Yes, New York City is a great place to people watch and attend Broadway shows, but there is so much great history in the city that is overlooked by so many. If you can’t afford to get tickets to Hamilton: An American Musical this year (ticket prices are astronomical), you can still experience the history of Hamilton and the legacy he left in New York City. After you experience the Hamilton tour in New York City, to quote King George III in the musical, “You’ll be back, soon you’ll see.”