While Bakersfield is one of the largest cities in California, it's a true hidden gem, with a low population. You can take a load off and explore the quirkiness of Bakersfield, without dealing with major crowds and high levels of California traffic.
Brandon Speakman on April 15, 2020 - 5:35 am in Attractions, Featured Cities, Historical

Things to do in Bakersfield, California

According to archeological evidence, Bakersfield was first inhabited thousands of years ago, by Native Americans. When the Spanish arrived to Bakersfield, the Yowlumne (a Yokuts people), had already populated the city and were living in lodges along the Kern River. The Yokuts would go hunting and lived off of what they found, which included antelope, tule, elk, deer, bear, fish and game birds. The Yokuts were in isolation from anyone who lived outside of Bakersfield, until after the Mexican War of Independence, when Mexican settlers started to move to the area. More settlers began to move to the San Joaquin Valley, after gold was discovered in California in 1848. Gold was eventually discovered along the Kern River in southern Sierra Nevada in 1851. Oil was later discovered in the valley in 1865. Pioneers started to build cabins in Bakersfield in 1860, although to them the land was known as Kern Island.

One of the settlers that moved to Bakersfield hoping to strike it rich off of the California Gold Rush was Thomas Baker, a lawyer and former colonel in the militia of Ohio, which was his home state. Baker settled on the banks of the Kern River in 1863, which eventually became known as Baker’s Field. Baker’s Field became “a stop over for travelers” passing through the area. In 1870, Bakersfield had a population of 600 and started to become the principal town in Kern County. In 1873, Bakersfield officially became incorporated as a city.

On July 21, 1952 at 4:52 am PST, an earthquake struck Kern County. The earthquake measured 7.5 on the moment magnitude scale and destroyed the nearby cities of Tehachapi and Arvin. The earthquake “bent cotton fields into U shapes, slid a shoulder of the Tehachapi Mountains across all four lanes of the Ridge Route, collapsed a water tower creating a flash flood, and destroyed the railroad tunnels in the mountain chain.” Bakersfield only experienced minor damage from the earthquake. For the next month, Bakersfield endured aftershocks, until August 22 at 3:42 pm, when a 5.8 earthquake struck underneath the city’s center, which led to the death of four people and caused Bakersfield some severe damage on certain historic monuments. Fortunately, Bakersfield was eventually able to recuperate. Today, Bakersfield is one of the fastest growing cities in California and a pretty area in the South Central Valley to visit.

Buck Owens’ Crystal Palace is a music hall, restaurant, nightclub, bar and museum located off of Bucks Owens Boulevard in Bakersfield. The Crystal Palace was built by Buck Owens and officially opened in 1996.

Buck Owens thought of the idea for The Crystal Palace in the mid-1980s, after he spent the early days of his career performing in “small, smoke-filled bars and ‘honky-tonks'” around the United States. Buck Owens wanted a “high class” venue where people could come to enjoy country-western music, but he also wanted an establishment “where he could just be himself.” 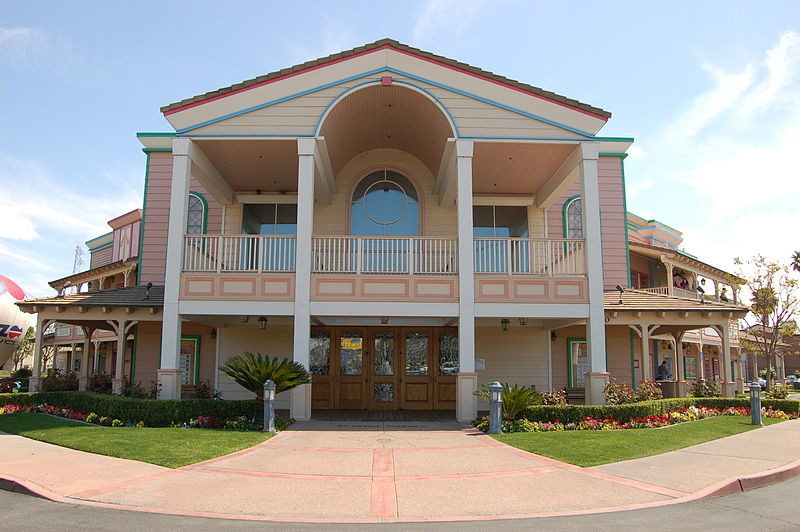 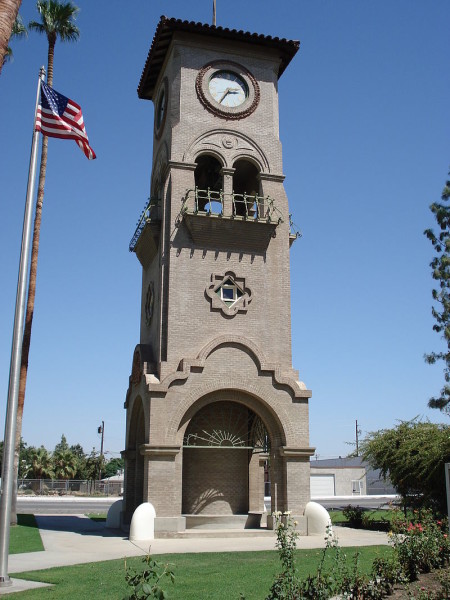 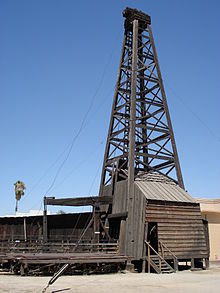 California State University, Bakersfield is a public university. CSUB was authorized in 1965 and founded in 1971 on a 375-acre campus, and officially became the “19th school in the 23-campus California State University system.” CSUB was founded because of the Donahoe Higher Education Act of 1960, “which formalized the creation of the CSU system, initially as the ‘California State Colleges’ system.” Areas in the San Joaquin Valley formally didn’t have a four-year university, although there had been a demand for one since the 1950s. Before settling on Bakersfield, the university was in talks to be built in Delano and parts of Kings and Tulare County. The final decision on building the university in Bakersfield was because “{Bakersfield} was the largest isolated metropolitan area in the United States without a four-year university at the time.” 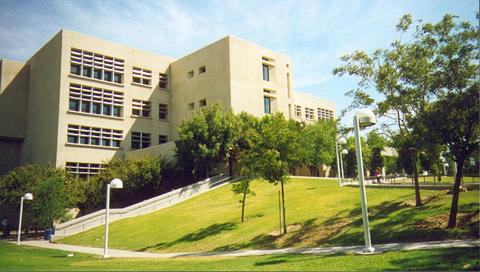 Bakersfield’s Historic Fox Theater opened on Christmas Day in 1930. The first event held by The Fox Theater was a screening of the sci-fi film “Just Imagine”, which was set 50 years into the future. The Fox Theater thrived during the 1930s, as the theater featured the latest “talkie” pictures. The stage at The Fox Theater was also used for various live acts. Some of the live musical acts included the Metropolitan Opera baritone and Bakersfield native, Lawrence Tibbett, the “world renowned soprano,” Kirsten Flagstad, the Los Angeles Philharmonic Orchestra, and classic pianist, Arthur Rubinstein. The Fox Theater was able to survive the 1952 Kern County Earthquake, because concrete was poured over steel during the construction of the theater.

S. Charles Lee, an architect from Los Angeles, designed The Bakersfield Fox Theater. Lee designed the outside of the Fox Theater in Spanish Colonial Revival style. The Fox Theater originally had a plain white ceiling and small lights; this was supposed to resemble “stars in a night sky.” The walls were “decorative false walls” with murals painted on them to resemble the open countryside. This was all meant suggest the theater was a Mediterranean wall garden. In 1953, a year after the Kern County Earthquake, the Fox was remodeled. The Mediterranean theme was replaced with an “Art Moderne motif”, which was the style most liked by the head of “Fox-West Coast Theatres” (at the time), Charles Skouras.

The Fox Theater remodel represented a “1950s Hollywood Style.” The screen was even replaced with a “super-wide Cinemascope 20′ x 45′ format and the projectors were upgraded as well. After 47 years in business, The Fox Theater closed in 1977 and fell into decay until 1994. In 1994, The Fox Theater was threatened with demolition, but was saved thanks to a small group of businesswomen and businessmen, who formed the Fox Theater Foundation. The “Save the Fox” campaign received donations from 380 donors and because of that, they were able to put a down payment on the building. 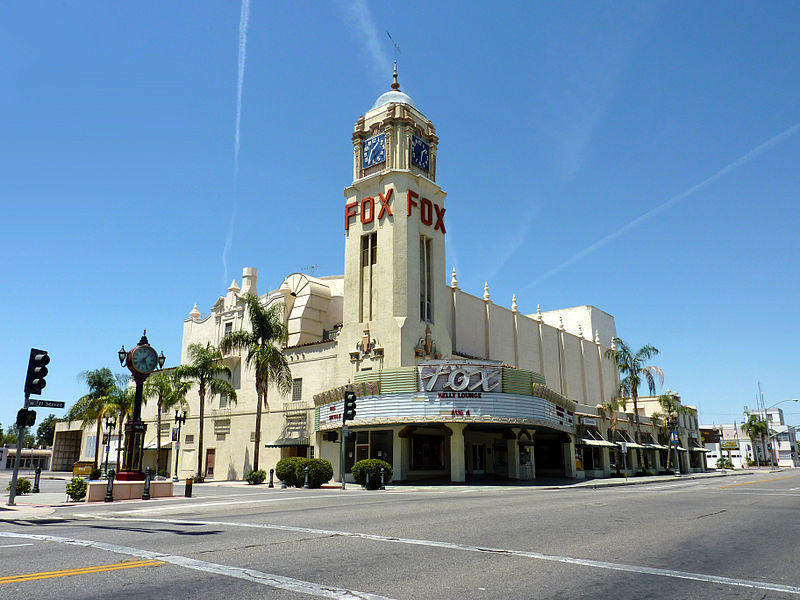 Luigi’s Restaurant and Deli is open for lunch from 11:00 am-2:30 pm Tuesday-Saturday. While Luigi’s is only open for a brief time each day, the Italian restaurant has became a hit with Bakersfield and is the #1 restaurant to dine at on TripAdvisor. The menu at Luigi’s is filled with Italian favorites such as Pasta Bolognese and Ravioli, but also features tasty salads and hearty Italian sandwiches such as the Luigi (Dry Salami, Cotto Salami, Mortadella, Provolone Cheese, Swiss Cheese, Mustard, Luigi’s Famous Sandwich Sauce, Lettuce and Onion), Parma Prosciutto Sandwich (Imported Prosciutto, Roasted Red Peppers, Fontina Cheese, Oil & Vinegar), Hot Pastrami, Italian Sausage Sandwich, Pickled Tongue Sandwich, Barbecued Beef Sandwich and Tri-Tip Sandwich. Luigi’s also has a full bar that is open from 10:30 am-4:00 pm. The bar at Luigi’s features over 350 types of wine that can also be purchased from Luigi’s Wine Shop. Luigi’s Restaurant and Delicatessen is the perfect place for connoisseurs of Italian food and wine.

In 2010, Salty’s BBQ and Catering was founded by Jeff Salters. Salters had years of experience working in the restaurant and catering industry and had spent “countless hours perfecting the art of grilling.” Salty’s BBQ and Catering is family-owned and prides itself in “specializing in oak-grilled tri-tip, chicken and good times.” Salty’s first restaurant location is at 9425 Rosedale Highway in Bakersfield. The second location of Salty’s resides at 6801 White Lane and was opened in September 2014. Salty’s BBQ caters large events and can host your next gathering at their restaurant. Salty’s BBQ also hosts large public events including “Thursday Night Cruizin'” in the summers, where vintage and classic vehicles are on display in front of the restaurant.

Moo Creamery also makes one of the best milkshakes in Bakersfield, with the option to order one of their signature shakes or a custom milkshake. Two of their most popular milkshakes include the Whiskey Caramel Malt (Whiskey Caramel Sauce, Vanilla Malt Powder and Almonds and The Elvis Shake (Candied Bacon, Banana, Vanilla Ice Cream, Peanut Butter and Marshmallows). Moo Creamery is a fantastic restaurant to try in Bakersfield for all burger and milkshake lovers.

Bakersfield, California is an interesting city rich with history, great food and tasty milkshakes. For more information about Bakersfield, check out the official tourism board website.