Bay Ridge is a quiet neighborhood in Brooklyn filled with lots of history and different sights to see. Hop on the subway and take a Brooklyn bound R train down to Bay Ridge Avenue to fully immerse yourself in all that this historic community has to offer.
Brandon Speakman on November 20, 2017 - 2:09 pm in Attractions, Historical, Places to visit

Things to do in Bay Ridge, Brooklyn

Bay Ridge is a neighborhood located in the southwest corner of the New York City borough of Brooklyn. One of the best qualities that Bay Ridge has to offer is that it’s a cozy community that doesn’t exactly scream New York City. Bay Ridge, Brooklyn is situated in a quiet and peaceful area of New York, especially when compared to Manhattan. From 66th Street to Shore Parkway, Bay Ridge is scattered with great history and old landmarks. Bay Ridge is a fantastic community and definitely worth the train ride during your next trip to New York City.

The first Dutch settlers started farming in Bay Ridge, Brooklyn in the 17th century. During the 19th century, Bay Ridge consisted of two sister villages: The north was called Yellow Hook, which was named after the color of the soil and the south was called Fort Hamilton, named for the military installation at its center. Fort Hamilton started developing in the 1830s as a resort destination, while Yellow Hook started to develop after 1850, when a group of artists moved to Bay Ridge and started a colony named Ovington Village.

In the 1850s the village decided to change the name Yellow Hook, as they were afraid to be associated with yellow fever. During this time the natural beauty of Bay Ridge attracted a very wealthy and elite group, who started building homes along Shore Road, overlooking the water. Development for Bay Ridge took off once construction for the Fourth Avenue subway (what is now the R train) started being discussed. Construction of the R train was completed in 1916. Development of the subway increased through the 1920s in Bay Ridge, when apartments started to increase, replacing old farms, homesteads and houses. Today Bay Ridge is a very family-oriented community in Brooklyn with an abundance of great restaurants, bakeries and antique shops. As of 2010, Bay Ridge was called home by nearly 80,000 New Yorkers. 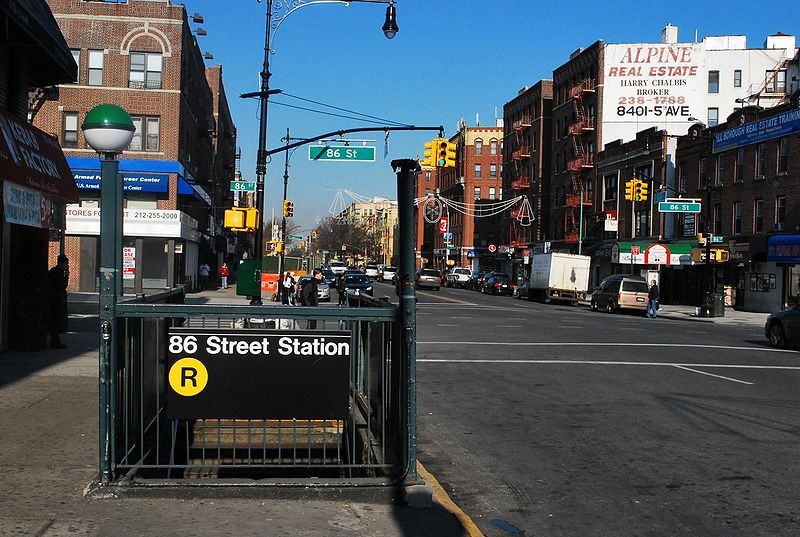 The Verrazano-Narrows Bridge “is a double-decked suspension bridge that connects the New York City boroughs of Staten Island and Brooklyn” and marks the gateway to New York Harbor. The bridge was named after Italian explorer Giovanni da Verrazzano (although, whomever named it didn’t know Giovanni had two z’s in his name), who became the first documented European explorer to enter New York Harbor and the Hudson River in 1524. The Staten Island end of the bridge has been the starting point of The New York Marathon since 1976. 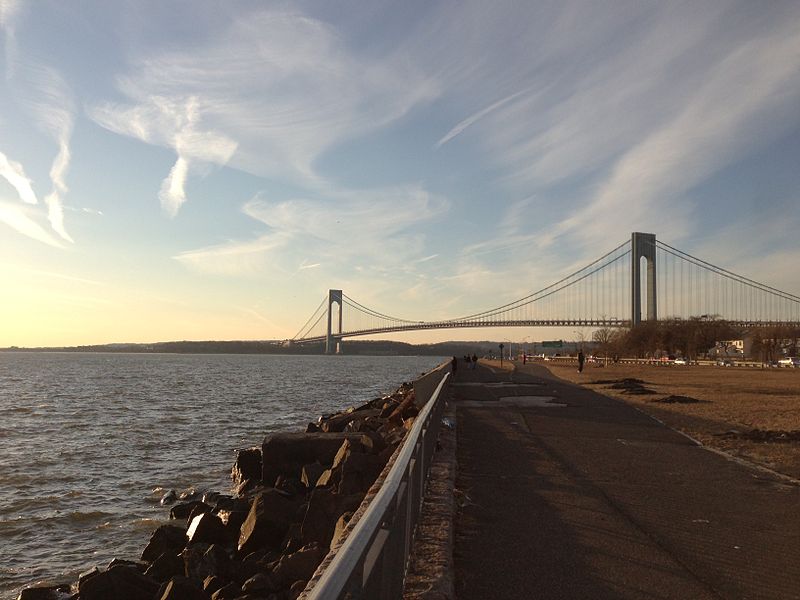 Construction of the Verrazano-Narrows Bridge started on August 13, 1959. The upper deck of the bridge opened on November 21, 1964. The bridge cost $320 million in construction costs, which is equivalent to approximately $2.5 billion today. Unfortunately, 3 men died while helping construct the bridge. From 1964 to 1981, the Verrazano-Narrows Bridge held the title of longest suspension bridge in the world (previously held by The Golden Gate Bridge.) 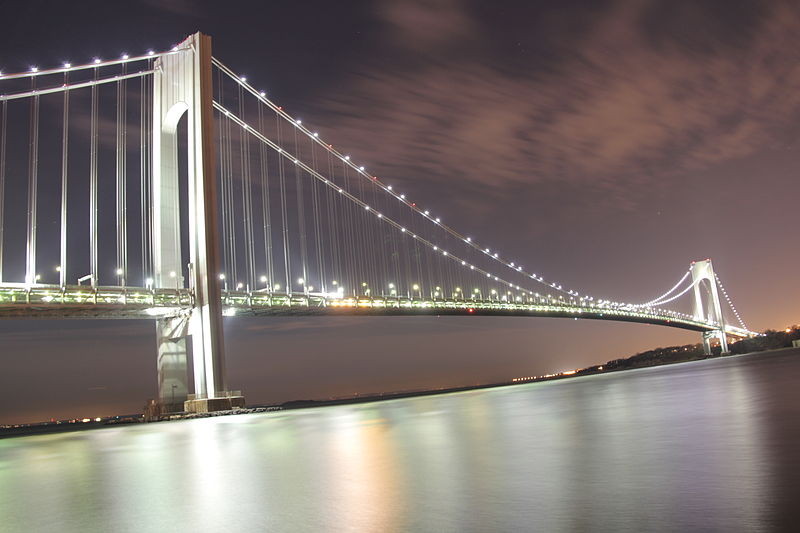 Fort Hamilton is an army base surrounded by the communities of Dyker Heights and Bay Ridge. Fort Hamilton is one of many military posts that are part of the region headquartered by the Military District of Washington. Fort Hamilton’s mission is to provide the New York metropolitan area with military installation support for the Army National Guard and the United States Army Reserve. The original Fort Hamilton was completed in 1831, but major additions were made to Fort Hamilton in the 1870s and 1900s. As of today, all defenses, except about half of the original fort, have been demolished or buried.

Fort Hamilton was designed as a landward defense for Fort Lafayette, but Fort Lafayette was later demolished in the 1960s in order to make room for the Verrazano-Narrows Bridge. At that time Fort Hamilton was in the shape of a trapezoid, with the wide side facing the Narrows and the narrow side facing inland. Fort Hamilton had two tiers of cannon all around the fort, a casemate tier inside the fort and a barbette tier on the roof. The three landward sides of Fort Hamilton included loopholes for muskets and a dry ditch to protect the three sides. The structure was first referenced as Fort Hamilton as early as 1826, but was not officially named after the former Senior Officer of the United States Army and first Secretary of the Treasury, Alexander Hamilton, until the 20th century. 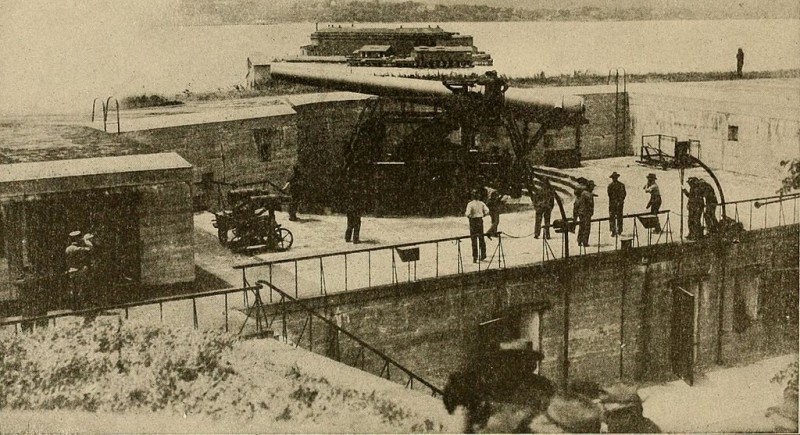 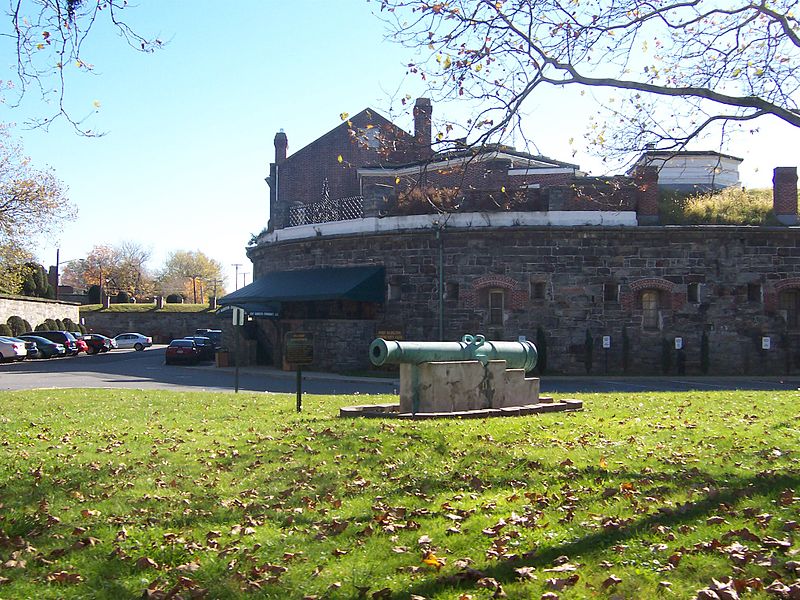 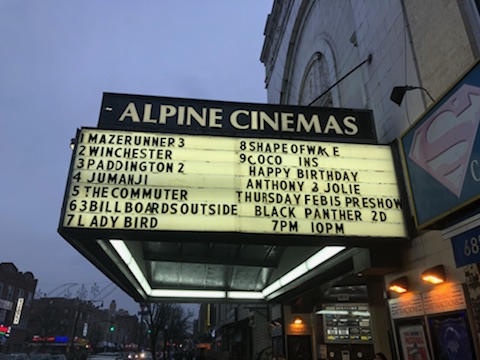 While the theatre does not have a balcony or gallery, it is equipped with an apron stage large enough for a vocalist or musical instrumentalist to perform between film showings. The auditoriums at the Alpine are 100 feet wide. The theatre includes 55 rows of seats about 76 feet from the screen. The interior of the Alpine Cinema was described by Variety as “decorated in a tan and gold color scheme, the general atmosphere created being one of brightness. The side walls are paneled and painted in an imitation of tapestry. The floors are carpeted with red velvet. A good system of floor pitch gives a clear view of the screen from any part of the house.”

Alpine Cinema is equipped with eight theaters that make films come alive as a giant film screen merges with Dolby Digital. The Alpine Cinema in Bay Ridge is still a great place to catch a movie. You can’t go wrong with the Alpine’s intimate theaters and cheap prices. 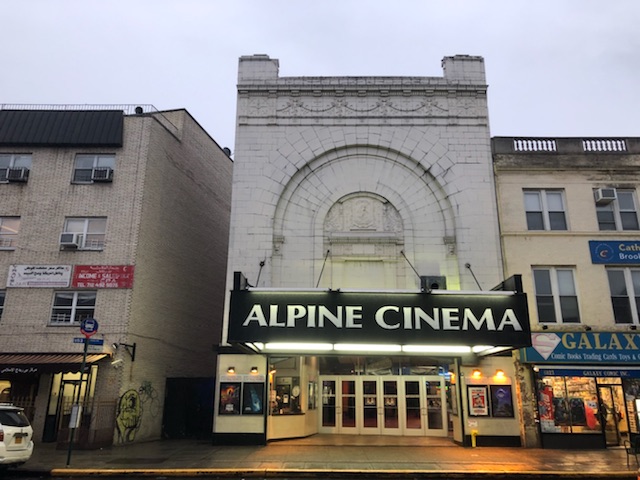 Little Cupcake Bakeshop offers a variety of unique and tasty cupcakes, which flavors include Brooklyn Blackout, Black and White, Peanut Butter and Jelly, Golden Chocolate and Strawberry. A variety of cakes are also offered such as Dreaming Princess, Birthday Cake, German Chocolate and Good Humor Strawberry. It wouldn’t be unheard of to grab a Smore’s bar or Cereal Treat (Little Cupcake’s version of the “Rice Krispies” treat, except made with Fruity Pebbles) while you’re pastry shopping. These cake flavors and tasty treats are just some of the many flavors Little Cupcake offers daily.

Little Cupcake has been in the spotlight since the store first opened. Food & Wine has even referred to their Brooklyn Blackout cake as the “Best Chocolate Cake in the U.S.” The store was also the filming location for a Super Bowl commercials starring Liam Neeson in 2015. Little Cupcake in Bay Ridge is just one of the 3 LCB locations in New York City. You can also visit Little Cupcake Bakeshop in SoHo in Manhattan or in Prospect Heights, a separate neighborhood in Brooklyn, New York. Little Cupcake is the perfect go to place in Bay Ridge for a tasty cup of coffee and a unique sweet treat.

The Narrows Botanical Gardens are located on four and half acres of parkland just along Shore Road, which presents a terrific view of the Narrows waterway. The Narrows Botanical Gardens has many exhibits presented to the public including the Native Plant Sanctuary, Lily Pond, Zen Garden, the Old and Modern Rose Gardens and Native Meadow Flower Hillside. This beautiful Bay Ridge landscape is also home to a diverse amount of animals including east coast native turtles, bees, chickens and a number of species of native birds.

The goal of the Narrows Botanical Gardens is to “educate and inform the community about the natural world and to foster knowledge and interest about plants and animals, especially those native to the Brooklyn area.” The NBG hosts special summer movie nights and fall events each year that attract large crowds, such as the “Narrows Botanical Gardens Fall Harvest Festival.”

Bay Ridge is one of the many hidden treasures in Brooklyn and is definitely worth the short trip on the R train the next time you find yourself in New York City. For more information on things to do in Bay Ridge, Brooklyn, check out the official tourism board website. 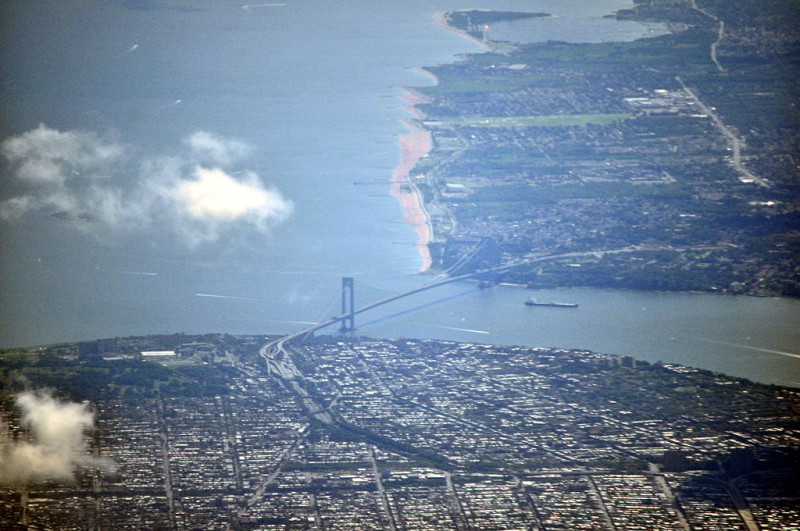 An Aerial View of the Verrazano-Narrows Bridge Photo via Wikipedia. Bay Ridge is seen at the bottom and Staten Island is seen on the upper right.