More than a city, Belgrade is one of the oldest settlements in human history. Archeologists found evidence that Homo sapiens weren’t the only humans to inhabit the area, either. In prehistory, our Neanderthal ancestors spent time here, too. There’s more to Belgrade than culture, history, art, and a strategic location, however – although the city offers plenty of each. Here’s a sampling of what you’ll find when you visit the White City.

A Brief Introduction to Belgrade, Serbia

A stunning landscape, rich with wildlife and haunting beauty, surrounds Belgrade. Divided by the intersection of the Sava and Danube Rivers and blessed with a temperate climate, the streets of Belgrade are deceptively peaceful. Less than a decade ago, this city was embroiled in bitter conflict, as the most recent of more than 100 wars wound to a close.

In the city’s long history as a strategic point on popular waterways and a border between cultures from the South, East, and West of Europe, it has been razed to the ground 44 times. From the ashes of conflict, few old buildings remain, the oldest dating from the 1800s, and many from more recent times. At the heart of the city, the Belgrade Fortress commemorates one of the oldest populated sites in the region.

The 1456 siege of Belgrade by the Ottomans. Photo via wikipedia.

Once the capital of Yugoslavia, and today the capital of Serbia, the scars of conflict are fresh here, but the people are warm and friendly. The 1.65 million inhabitants of this metropolitan area are descendants of numerous other peoples who fought for and inhabited the area from its earliest settlement in the Paleolithic and Mesolithic eras through the present, including:

The earliest known copper metallurgy in Europe took place here, as did the birth of modern performance art, with Marina Abramović, who some of you may know from her 2010 show in New York City’s MOMA (I had the chance to see her there and was impressed, even though performance art isn’t usually my thing.) The Best Places to Visit in Belgrade, Serbia

Belgrade, Serbia has two opera houses, more than 40 museums of various types, numerous parks, and beautiful architecture from the 19th, 20th, and 21st centuries. A few stops you’re sure to love are listed below.

Eccentric and fascinating Serbian-American inventor Nikola Tesla is immortalized, and interred, at the museum bearing his name in Belgrade, Serbia. More than 160,000 of Tesla’s personal documents, his ashes, and several of his inventions are on display in this one-of-a-kind museum. Completed in 1952, it also houses more than 1,000 technical drawings and plans. Get to know Tesla – the man, the scientist, and the inventor, on your visit here.

Founded by the Ministry of Culture and Media, the Museum of Yugoslav History remembers eras that have ended – the dictatorship of Tito, Communist rule in then-Yugoslavia, the unified republics, the independence of Yugoslavia following World War II, and the history of the region. For foreigners, this museum offers a glimpse into the recent past of the former Yugoslav republic.

Dedicated to the ethnography of the Balkans, with a specific focus on Serbia, this museum was created in 1901. Prior to that point, the collections it houses were part of the ethnographic department of the Serbian National Museum. During World War I, the library and documentation of the museum were destroyed, as were many of the artifacts it contains. In World War II, the collections were moved for safekeeping. Today, more than 200,000 items are housed in the museum’s collections, of which 56,000 are ethnographic items. Every year, the International Festival of Ethnographic Film is held here, and the museum is well-known in anthropological and sociological circles as a result.

Located in one of the oldest parts of Belgrade, this impressive fortress looks like something out of a fairytale. The fortress is home to collections of artwork and artifacts, performances and special events frequently take place here, and the site’s formidable nature as a defensible point is apparent. The river views can’t be beat, either. A natural feature that first appeared in the 1600s, this island is one of several, and is also a protected habitat. Migrating birds pass through here frequently and enjoy the island’s verdant foliage and abundant food sources. In summer, public beaches on Great War Island are a popular stop for tourists and locals alike. You’ll need to arrive by boat or floating bridge, but the excursion is worth it. While you’re at it, consider a kayak tour of the Danube…you won’t be sorry.

Where to Eat When You Visit Belgrade, Serbia

Situated at the intersection of multiple cultures, surrounded by lush forest and plains, and quickly taking its place as one of Europe’s most enchanting cities, Belgrade, Serbia offers something for everyone’s palate. From Slavic-inspired fare to Mediterranean dishes and fusion cuisine, it’s hard to take the food here for granted, wherever you eat. These two restaurants make meals impossible to forget.

Local, organic ingredients, fresh flavors, and soulful jazz are featured in this delightful restaurant. Decorated in a minimalist style, where the bright colors and flavors of your meal provide the real ambiance, Gnezdo Organic is a great stop for families, couples, and even a solo meal. Don’t miss the chocolate truffle dessert – it’s delectable!

Named for the family that owns it, and offering catering, fast food, and eat-in dining options, this is a favorite stop for travelers. The menu is based on traditional Serbian dishes, and the interior was recently remodeled to provide an “ethnic” atmosphere reminiscent of traditional Serbian homes. Serbian proja cornbread and cheese is given to every table, and the hospitality of this gesture is reminiscent of the overall feel of this charming eatery.

Have You Been to Belgrade, Serbia?

We’d love to hear your stories of travel or life in Belgrade. Post them in the comments, and share the story with your friends and family so that they, too, can see why Belgrade is a must-see destination. 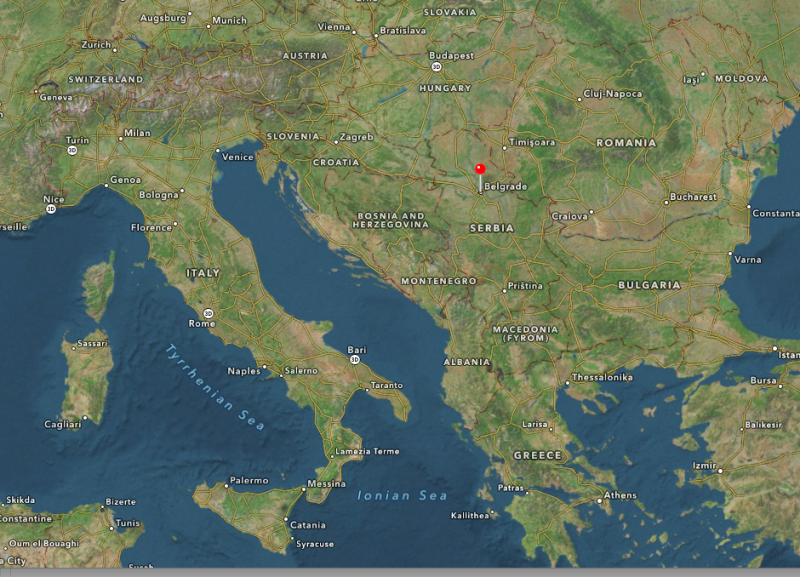 I'm a fan of honest words, clarity, and impact. A writer, editor, and translator, I spend my days guzzling coffee like a champ, living the expat dream, and being mom to world's sweetest preschooler. I’m co-owner and copywriting head at Rusmexus Writers, a history buff, and have a background in international relations.
0 POST COMMENT
NEXT ARTICLE
Kuala Lumpur: Window to Malaysia’s Soul
April 24, 2015 - 2:44 pm
PREVIOUS ARTICLE
Port Isabel and South Padre Island, Texas: A little history and a lot of fun
April 3, 2015 - 3:21 pm