Bismarck, North Dakota is home to the main government buildings of North Dakota, the governor's mansion, and a tasty grill that serves up some delicious food and decadent desserts.
Brandon Speakman on January 6, 2021 - 10:43 pm in City Spotlight, Historical

Things to do in Bismarck, North Dakota

Bismarck, North Dakota is a quirky state capital that is filled with a plethora of history that helped shape the state of North Dakota and the United States. Bismarck is an interesting city to explore and is recommended to visit during the summer.

Present-day central North Dakota was home to indigenous peoples for thousands of years. The indigenous peoples created many successful cultures. Two tribes of the Mandan Native Americans (Hidatsa and Arikara) lived in central North Dakota, many years before the Europeans arrived to the area. The Hidatsa tribe called the area mirahacii arumaaguash (“Place of the tall willows”), while the Arikara tribe called the area ituhtaáwe [itUhtaáwe.] In 1872, European Americans created a settlement on the east bank of the Missouri River and called it Missouri Crossing. The name Missouri Crossing came to be because “the Lewis and Clark Expedition crossed the river there, on their exploration of the Louisiana Purchase in 1804-1806.” The town was eventually known as Edwinton, named after Edwin Ferry Johnson, who was the engineer-in-chief for the Northern Pacific Railway. After word got around that railroads were being built throughout North Dakota, the town of Edwinton saw a flood of people who were seeking work and a new settlement. 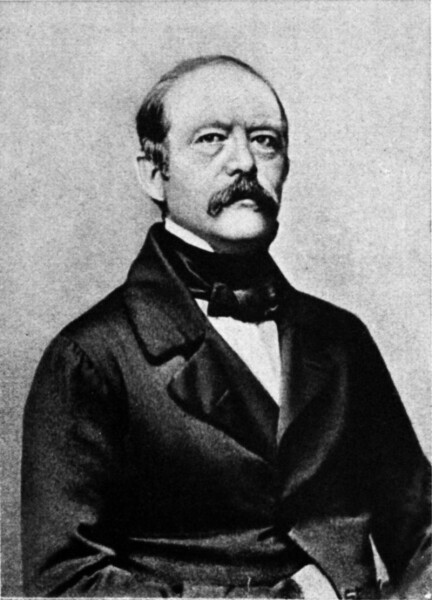 In 1873, the Northern Pacific Railway changed the city’s name from Edwinton to Bismarck, “in honor of German chancellor Otto von Bismarck.” Today, Bismarck is the only U.S. state capital that has been named after a foreign statesman. Railroad executives had imagined that after they changed the city’s name from Edwinton to Bismarck, it would attract German immigrant settlers to the area, and boost German investment in the railroad. The city of Bismarck experienced a population increase (of mostly miners) after gold was discovered in the Black Hills of South Dakota the following year. This became a problem when the miners and other settlers started to intrude on areas that the Lakota considered sacred territory, which created tension between the settlers and Native Americans. In 1883, Bismarck became the capital of Dakota Territory. In 1889, Bismarck was named the state capital of the new state of North Dakota.

The Dakota Zoo started out on a 67-acre farm that was owned by Marc and Betty Christianson in northern Bismarck. When the Christianson’s farm first opened, it was home to many dogs, cats, horses, and other domestic animals. The farm was also used to raise mink for profit for a period of time. The Christianson’s loved animals, and as word got around, people started dropping off stray and injured animals at the Christianson’s farm. As the number of animals increased at the farm, so did the visitors. After the farm received recognition from a local television station, petitions were signed in favor of creating a community zoo for the city of Bismarck. In 1958, 88 acres were created for the Dakota Zoo to be built upon in Sertoma Park. Marc Christianson hired a crew to help build the Dakota Zoo, while the materials were donated from different local people and businesses. The Dakota Zoo officially opened on June 3, 1961, and featured 75 mammals, and 23 birds. The Dakota Zoo saw 40,000 visitors the year it opened. The popularity of the Dakota Zoo only grew from there. By 2007, the Dakota Zoo was home to 125 different species of animals and birds. Today, The Dakota Zoo is home to goats, pigs, miniature horses, miniature donkeys, bison, pronghorn, bighorn sheep, mountain goats, moose, reindeer, elk, tigers, wolves, bears, foxes, and much more. The Dakota Zoo is a fun place to spend a day at with your family and is Trip Advisor’s #1 recommended attraction to visit in Bismarck. 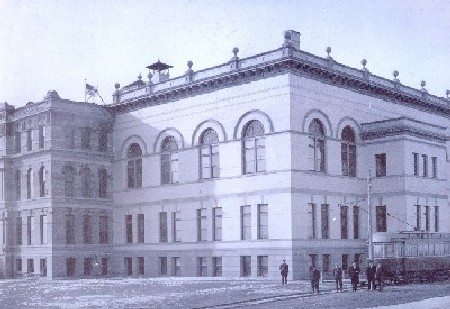 Unfortunately, a fire destroyed the North Dakota State Capitol Building on December 28, 1930. It was assumed that the fire started from a pile of oily rags that were in the janitor’s closet on the top floor of the main part of the building. While the fire was still burning, the then North Dakota Secretary of State Robert Byrne, was able to save the original copy of North Dakota’s state constitution, “but suffered cuts and burns on his hand while breaking a window to reach the document.” After the fire had ruined the North Dakota State Capitol Building, the Legislative temporarily held meetings in Bismarck’s War Memorial Building and the City Auditorium. Temporary state offices were set up around the town of Bismarck, including an entire floor of the Patterson Hotel. Bismarck’s State Capitol Building was re-built during the Great Depression. The tower and wing were constructed between 1931 and 1934 and cost $2 million. The new state capitol building was built 19-stories tall and was expected to have plenty of free space in it for many years to come, but space in the building dwindled as the state government expanded. 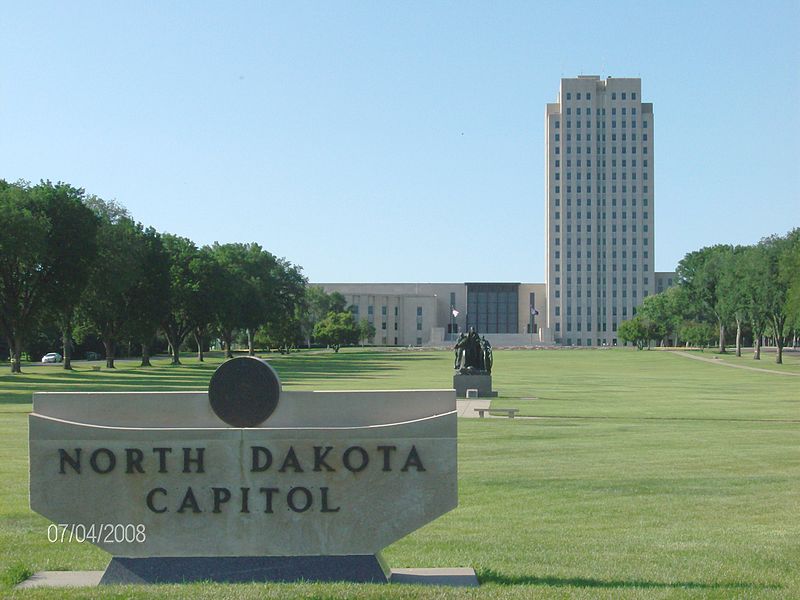 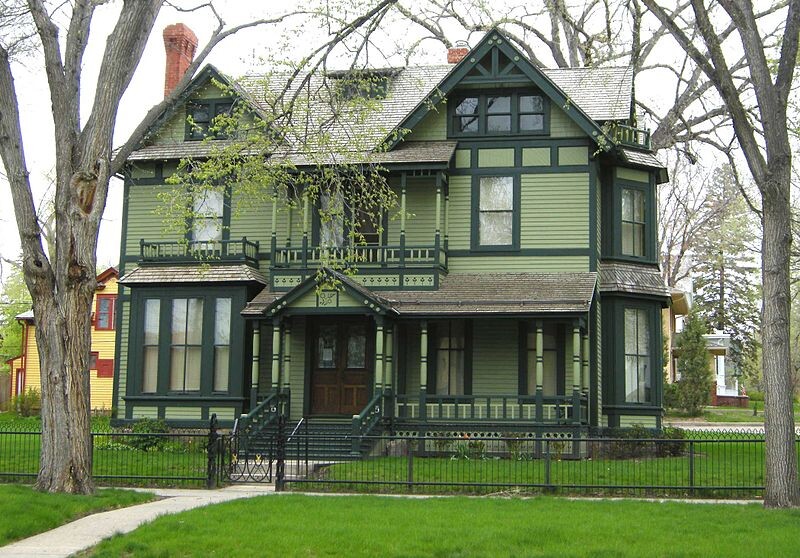 Bismarck, North Dakota is an interesting city to stop by and explore during your next cross-country road trip across the United States. For more information on Bismarck, check out the official tourism website.