/ Featured Cities / Burbank, California; The Media Capital of the World

Burbank is a fascinating city filled with rich history. You'll never have a dull moment in this wondrous Southern California city.
Brandon Speakman on October 10, 2019 - 12:35 pm in Featured Cities, Historical, Places to visit

Things to do in Burbank, California

Burbank is home to some of the biggest entertainment studios in the world and is where some of the most popular television shows are filmed. “The Media Capital of the World” is a family vacation destination you don’t want to miss during your next trip to Los Angeles.

The city that we know today as Burbank, used to be two large Spanish land grants, Rancho San Rafael and Rancho La Providencia. The ranchos were purchased in 1867 by Dr. David Burbank, a dentist from New Hampshire who wanted to invest in Los Angeles real estate. Dr. Burbank decided to turn both ranchos into one large ranch, where he raised sheep and built a house. The land Dr. Burbank’s house stood on is now the Warner Bros. backlot. Dr. Burbank eventually sold a stretch of land to the Southern Pacific Railroad for $1, to make his land worth more money. While the Santa Fe and Southern Pacific railroads were at a “rate war,” California saw a heavy increase in population. Dr. Burbank saw an opportunity to sell his property for $250,000. This property later came to be Providencia Ranch. The land officially became Burbank on May 1, 1887. 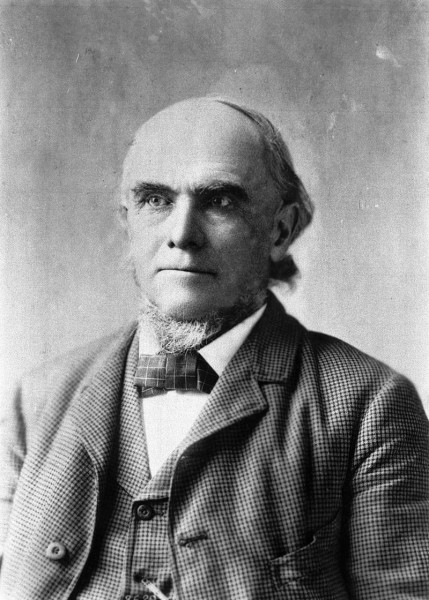 The city of Burbank prospered because of its location and the available space it had to offer. The two industries that excelled in Burbank were aviation and entertainment. Burbank officially became home to the motion picture business during the 1920s. First National Pictures bought a 78-acre piece of land on Olive Avenue, which was eventually taken over by a newer company, started by four brothers by the name of Warner. Other companies began to purchase land in Burbank after motion picture history was made with the release of the first all-talking movie, The Jazz Singer. Columbia Pictures eventually purchased land in Burbank. Disney also purchased land after their company had outgrown its smaller studios in Hollywood.

After World War II, Burbank saw a real estate boom. NBC moved their headquarters to a new location at Olive and Alameda Avenues and completed their new multi-million dollar complex by 1962. On June 28, 1978, Lockheed Corporation purchased the Burbank airport. The Burbank-Glendale-Pasadena airport was renamed to Bob Hope Airport in 2003 and is the “largest, privately owned municipal airport in the United States.” Today, Burbank continues to serve as a sought after tourist destination from people from all over. Burbank is home to some of the most popular film and television studios that offer tours and free tickets to patrons who want to be a part of the audience of their favorite sitcom or talk show.

The top attraction to see in Burbank, according to TripAdvisor, is a live taping of “Conan” at Warner Bros. Studios. Personally, I have had the honor of seeing Conan O’Brien perform live on 4 separate occasions (The Tonight Show with Conan O’Brien in 2009, The Legally Prohibited From Television Tour in 2010 and Conan in 2011 & 2018). All of my experiences seeing Conan O’Brien have been excellent.

Getting tickets to see a live taping of Conan is a lot easier than you may think. You can make a request for tickets by clicking here. All members of your party must be 16+ to attend the taping. If you are unable to get tickets or forget to request tickets in advance, there is also a stand-by line you can enter the day of the show you want to attend, by calling the number on their website between 10:30am-2pm. 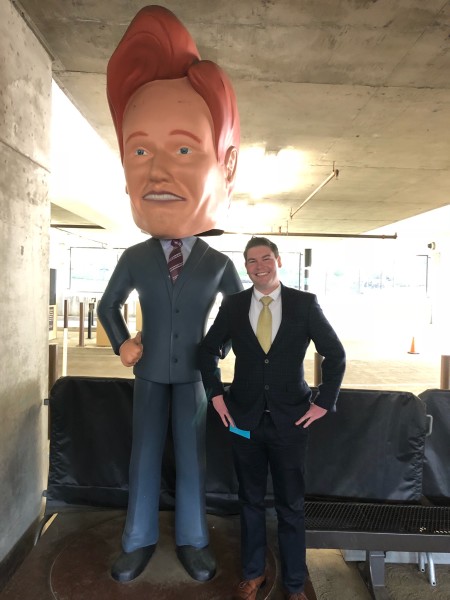 “Late Night with Conan O’Brien” was not received well by critics at first, partly due to Conan being noticeably inexperienced as a talk show host. NBC was only offering the show 13-week contracts and once only offered a six-week contract. Ratings for Late Night with Conan O’Brien struggled until 1996, but eventually, Late Night was able to find a footing. Conan was a true underdog with all the odds stacked against him and his crew of writers, but they were able to come out on top and the show began improving more in ratings, due to some of the A-list stars Conan was able to book for the show including Tom Hanks and David Letterman.

During Conan’s hiatus from television, he embarked on a live 30-city tour called “The Legally Prohibited From Being Funny on Television Tour.” Conan’s tour consisted of him telling his audience about growing up in Brookline, Massachusetts, and included comedy segments, live music and a surprise special guest who would perform with him. Conan resumed his career as a talk show in November 2010, hosting a self-titled talk show, “Conan”, for TBS in November 2010. 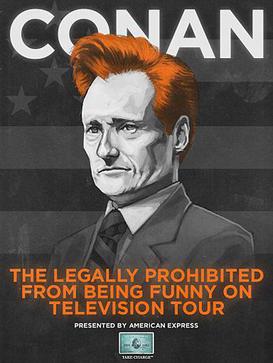 Since the beginning of 2019, Conan has adopted a new format of his show, which is now 30-minutes in duration. The show includes a warm-up comedian and a guest that Conan interviews. It isn’t hard to see why “Conan” is one of the leading late night talk shows in the country. Conan O’Brien has been on the air for over 26 years and still continues to deliver a highly entertaining show every night. Recently, Conan had his only guest for the night cancel an appearance unexpectedly, and even that couldn’t hold him back from delivering a funny and top-tier show. Conan is a true veteran when it comes to hosting a comedic talk show. You can watch Conan Monday-Thursday on TBS at 11:00 PM EST.

A photo of the original set at “Conan.” The show recently adopted a newer format, as of January 2019. Photo Courtesy Wikipedia.

The Warner Bros. Studio Tour in Burbank is one of the most popular studio tours available in the Los Angeles area. The tour lasts around 3 hours and costs $69 for an adult and $59 for a child. The tour offers a look at a lot of popular television shows that are filmed at Warner Bros. including, The Big Bang Theory Sets, Backlots and Soundstages of Fuller House, The Ellen DeGeneres Show, The Wizarding World (Harry Potter), Friends-Central Perk Set and the DC Universe. Touring Warner Bros. is a special treat and an experience like no other. 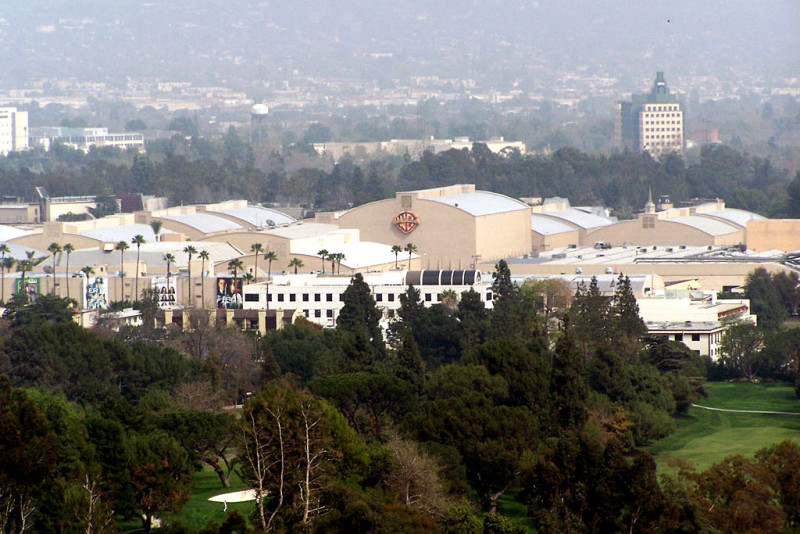 Bea Bea’s is a delightful, family-owned restaurant, located in the Lakeside Shopping Center in Burbank. Bea Bea’s has been serving up tasty breakfast and lunch creations since 2008. BeaBea’s is proud to offer something for everyone. Many of the items on their menu are gluten or lactose free. The menu also offers vegetarian and vegan selections. Bea Bea’s offers 16 different variations of omelettes, 10 tasty flavors of crepes and nearly an endless selection of different kinds of pancakes and french toast. Bea Bea’s is also well known for having very unique waffle creations including Boo’s Berries and Bananas (Strawberries, blueberries and bananas), Rocky Road Waffle (Walnuts, Oreo cookies & chocolate chips with vanilla ice cream), Apple Pumpkin Please (Pumpkin waffle with baked apples and walnuts), Anton Likes This (Strawberries & Nutella topped with whipped cream) and much more. Bea Bea’s is a fantastic little restaurant you don’t want to pass up the next time you are in Burbank.

Burbank, California is a great city to visit with lots of exciting history. With all that Burbank has to offer, you’re sure to have a memorable and exciting trip. Don’t forget to plan ahead if you want to sit in the studio audience at a show. Some shows recommend to book tickets up to 6 months in advance. 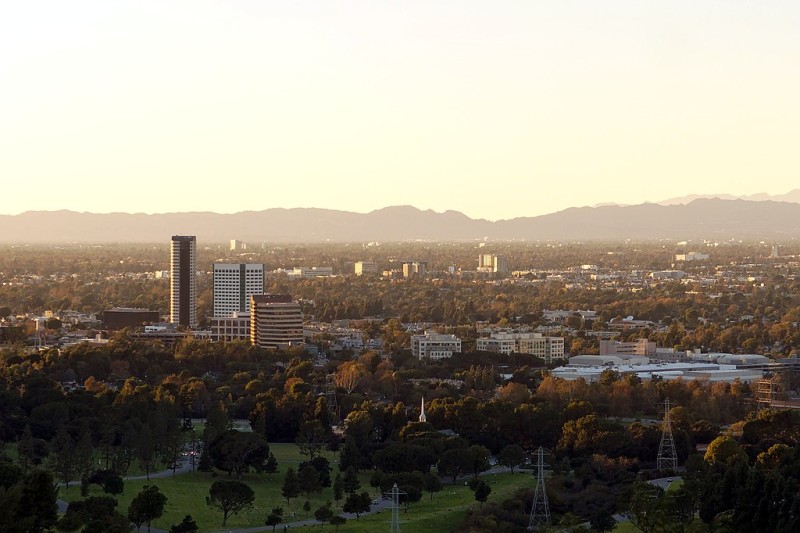