A look at today's Pompeii and the fascinating circumstances around the tragic Mount Vesuvius eruption.
Rick Parr on February 13, 2014 - 7:25 pm in Historical, Places to visit

There’s been renewed interest in all things Pompeii since there’s a new 3D film coming out about the tragedy that occurred there. So let’s take a look at today’s Pompeii, which is actually a really great day trip if you’re visiting Rome.

Mt. Vesuvius erupted in 79 AD and engulfed the ultra modern city of Pompeii in lava and molten ash.  Most of Pompeii’s 20,000 residents perished.  That’s what we’ve learned in the history books.  But Pompeii is so much more. 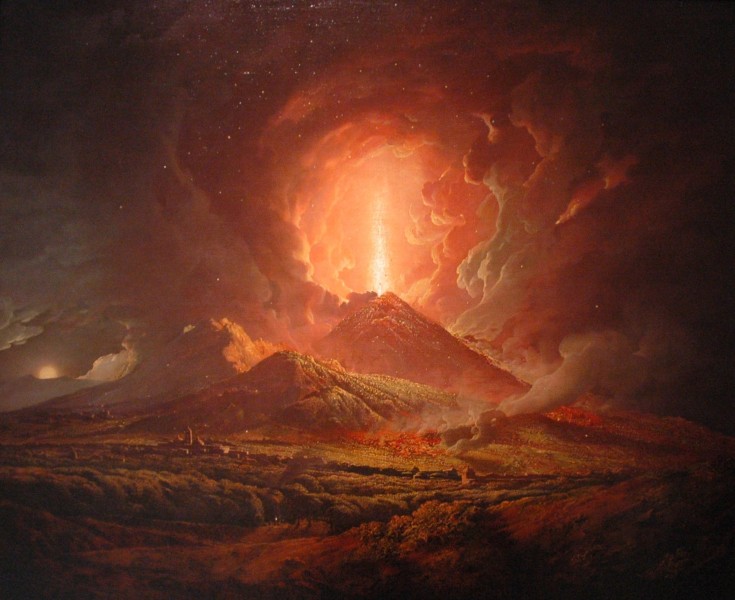 A relic from history and a blueprint for Roman architecture and culture, Pompeii stands as a symbol of a time gone long ago.  The ruins of Pompeii are intact in some places, so much so that one could stroll the cobblestone streets, look into a window of a house, and imagine the people that lived there.  Houses, arenas, meeting areas, and restaurants are evident in the ruins, revealing the social activities of people from the past.  Though tragedy befell these unsuspecting residents, their life beforehand was filled with laughter, love, and fun – very much like the lives we experiences in present day.

Pompeii was designed in the same way that modern cities are today.  There were public swimming pools, schools, amphitheaters, food markets, restaurants, bars, entertainment centers, businesses, and private homes.  Like Rome, Pompeii was an area rich in art and culture.  In fact, Romans chose Pompeii as their vacation spot, erecting lavish villas and enjoying the luxurious lifestyle they were accustomed to in their home.  It was a place of opulence: a place where life was to be enjoyed without hesitation.

Walking the cobblestone streets as the Pompeians did, will give you a unique feeling of awe.  It is a humbling experience to walk along the same streets that those fateful people did in their time.  To touch the building, to lay your eyes on the same sights they did… it gave us a feeling of kinship.  You will feel the presence – the life  – of this bustling city among the ruins.   Pompeii is the only ancient city that exists as it did during its original era.  Their homes and gathering places remain with relative wear unobstructed.  Art historians have used the frescoes that are visible in the homes as a testament to what life was like.  In that way, Pompeii serves to teach us about history.  There is a painting of Terentius Neo who was a baker, and his wife that was found on a wall in his home.  The style of dress and adornment these people displayed helped historians paint a picture of what ancient Romans actually looked like. 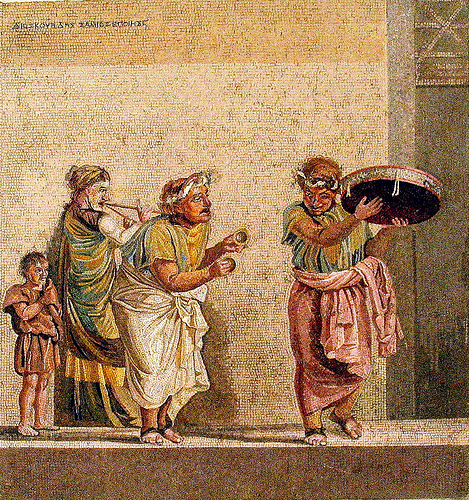 Because Pompeians often used depictions of the phallus for fertility purposes as well as for good luck, you’re going to have to make a choice if you’re bringing kids.  The nudity wasn’t really an issue for me, but be prepared to explain “What’s that person doing, Daddy?” The prostitutes of the time would inscribe their “special talent” on the walls. They’re still there to this day. Changing views on such symbols over the centuries resulted in many artifacts from this time period being hidden away after initial discovery. In the year 2000, the Secret Museum, which is part of the Naples National Archaeological Museum, was reopened, allowing visitors to see the erotic artwork discovered in Pompeii that had been locked away for many years. 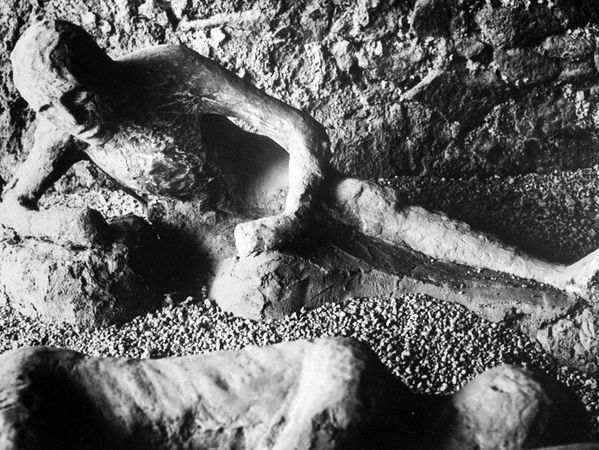 Entombed where they fell.

When Pompeii was rediscovered, the bodies of several Pompeians were found where they died.  They were covered in mud and ash, which encased and preserved them.  Once excavated, plaster was poured over their bodies, making their clothing and visages visible to the eye. It is a jarring experience to see these people up close, expressions of fear on their faces are obvious. Unlike the mummies in Egypt, you can see the faces of people frozen in time in their last moments.  These victims can be found throughout Pompeii, however the largest gathering of them can be found at what has been called the Garden of the Fugitives. It is often believed that the ash is what killed the Pompeians, but new research suggests the heat may have gotten up to 250 degrees fahrenheit.  This would explain why there were some deaths in undamaged buildings.

A man named Pliny the Elder, an ancient zoologist, volcanologist, geologist, botanist, and astronomer sailed to Pompeii to research it and mount a rescue mission. He’s credited with the phrase “Fortune favors the brave.” It’s kind of ironic cause he died of an asthma attack while on the way. Total non-sequitur, Pliny the Elder is also considered one of the best beers in the world.

A visit to Italy is not complete with going to Pompeii.  With Mt. Vesuvius in clear view from the Forum which lies at the center of the city, you will get a sense of how vulnerable the Pompeians must have felt when the great volcano erupted.  Walk in their shoes, if only for a day.

For more info on a visit to Pompeii, Italy head here. 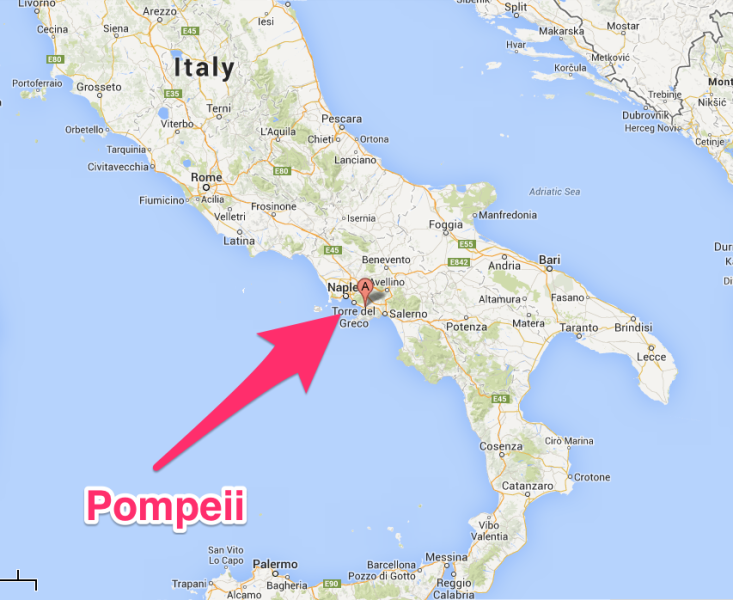