Logan is a beautiful town to visit (especially in the fall) and is home to hiking trails, Utah State University, the LDS Tabernacle, and the Logan Utah Temple. Logan is a charming city, perfect for your next family vacation destination.
Brandon Speakman on November 14, 2020 - 1:35 pm in City Spotlight, Historical

Things to do in Logan, Utah

Logan is a small town located in Cache County in Northern Utah. Logan is the county seat of Cache County and the principal city in the Logan metropolitan area. Logan is home to many historic buildings, such as the Logan Tabernacle and the Logan Utah Temple, both owned and operated by The Church of Jesus Christ of Latter-day Saints. With plenty of indoor and outdoor activities to enjoy throughout the year, Logan is a wondrous town to explore during any season. 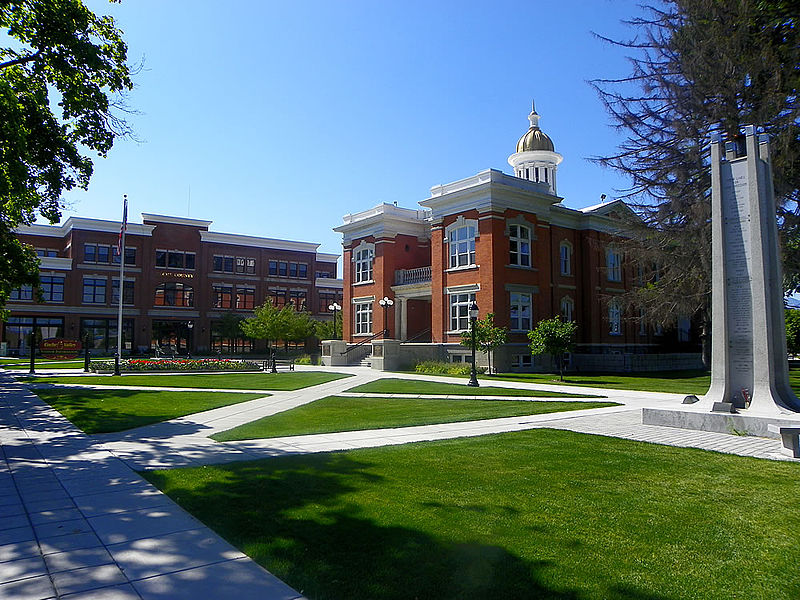 The first people to inhabit the valleys of present-day Cache County were indigenous peoples, who lived in the area as early as 10,000 BCE. Later on, the valley became home to the Plains Indians and the Shoshone. European explorer Michael Bourdon discovered Cache Valley around 1818, while he was on a Mackenzie fur expedition. The valley received the name Cache Valley after fur trappers began hiding their trading goods in caches (storage locations) around that region, as a way to protect their belongings from any damage and to keep them from being stolen. 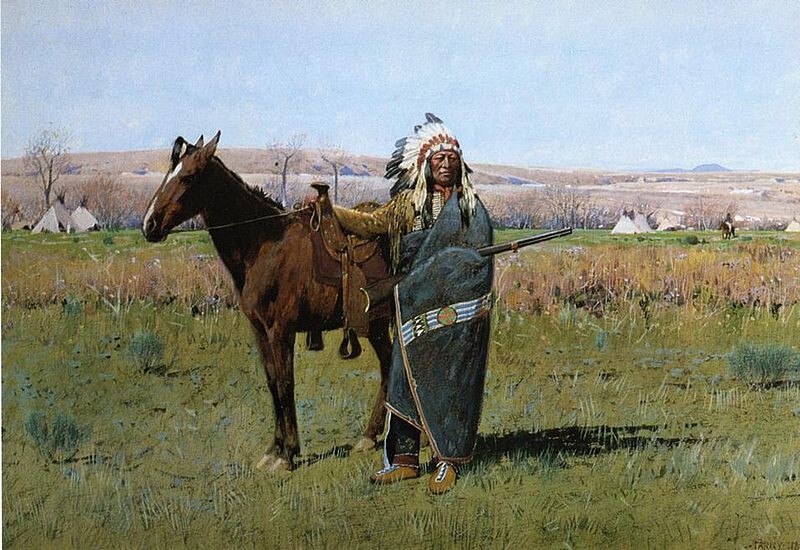 Trappers and explorers visited Cache Valley in the late 18th and early 19th centuries. John Henry Weber and Jim Bridger traveled through Cache Valley in 1824; Peter Skene Ogden and James Beckwourth would travel through Cache Valley in 1825. In 1852, William Gardner (a Mormon), was the first Anglo-American to move to Cache Valley permanently. In July 1855, a group of Mormon settlers camped at Haw Bush Spring (present-day Elkhorn Ranch, just south of Wellsville, Utah), while they were moving a herd of cattle to the valley. When the extreme cold weather started to hit Haw Bush Spring, the Mormon settlers returned to the Salt Lake Valley. 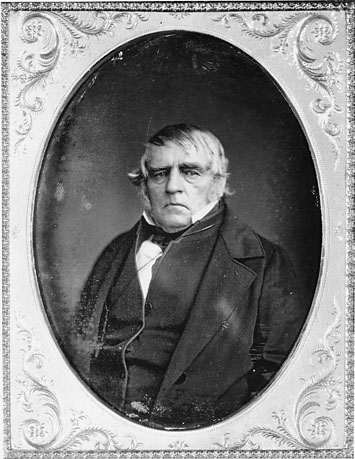 During the summer of 1856, local LDS Church leaders sent Peter Maughan to create a permanent community in Cache Valley. He created the settlement Maughan’s Fort, which was eventually reamed Wellsville, Utah, after Lieutenant Daniel H. Wells. More settlers moved to Cache Valley, and by 1859 five different settlements had been established including, Providence, Mendon, Richmond, Smithfield, and Logan. On January 29, 1863, the United States Army made an attack on a Shoshone village in Northern Cache Valley, near Preston, Idaho, where Bear River and Beaver Creek (now Battle Creek) met. The event became known as the Bear River Massacre. It is estimated that 400-500 Shoshones died (including hundreds of women and children) during the massacre. The Bear River Massacre is still known as the largest massacre of Native Americans by the United States government today. 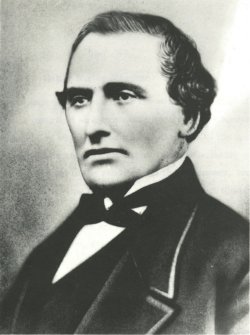 Logan, Utah was founded in 1859 by settlers that were sent by Brigham Young “to survey for the site of a fort near the banks of the Logan River.” The new community was given the name Logan, named after Ephraim Logan, who was a fur trapper in the area. On January 17, 1866 Logan was incorporated as a town. Brigham Young College was founded in Logan on August 6, 1877, but would close in 1926. Utah State University (formerly known as “Utah State Agricultural College”) was founded in Logan in 1888. The town of Logan saw major growth due to settlement and post-war booms. In the mid-1960s, the population of Logan grew to around 20,000. The population in Logan would exceed 50,000 in 2015. As of 2018, the estimated population of Logan is 51,542, which is expected to double by 2050. Logan is a fun town to visit in Northern Utah, with lots of great history to take in. 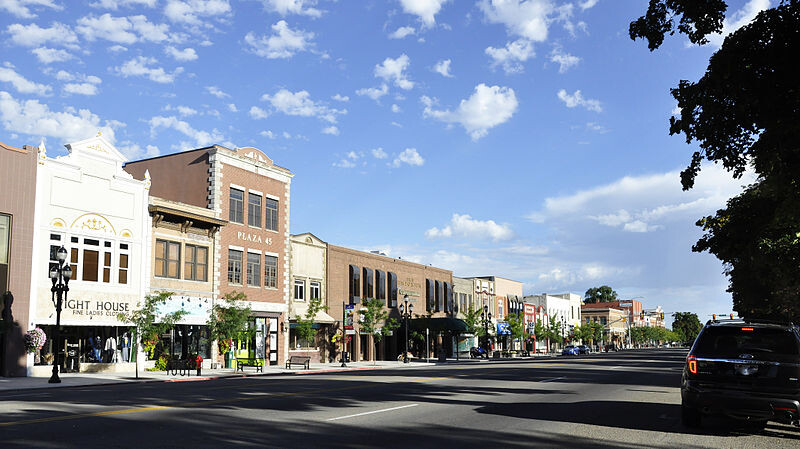 Logan Canyon Scenic Drive is a beautiful route you can take if you are passing through Logan on US-89, traveling to or from Bear Lake or Beaver Mountain Ski Resort. The drive is especially gorgeous during September and October when the fall foliage is in full swing. While driving the Logan Canyon Scenic Drive in the fall, you will be able to see the vibrant yellow, scarlet, and brown hues that are surrounded by evergreens on the mountainsides and the blue waters of the nearby lakes and reservoirs. You don’t want to miss driving along US-89, as “the views are spectacular.” Logan Canyon Scenic Drive is Trip Advisor’s #2 recommended attraction to visit in Logan. 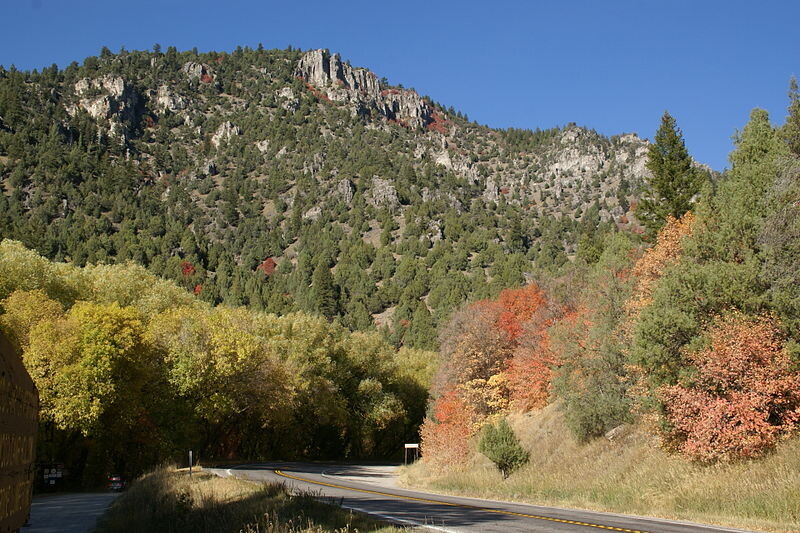 Utah State University is Utah’s land grant university that operates throughout the state of Utah. In 1904, professors who taught at Utah State had to travel by train from Logan to Burley, Idaho, so they could give their daily lectures to students. In the 1950s, it was common for professors to drive around Utah to different cities in order to teach courses and advise students. 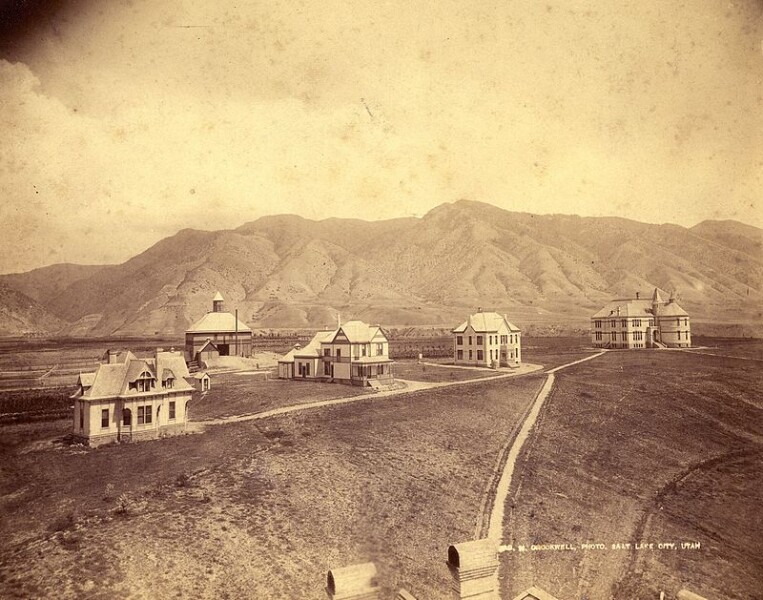 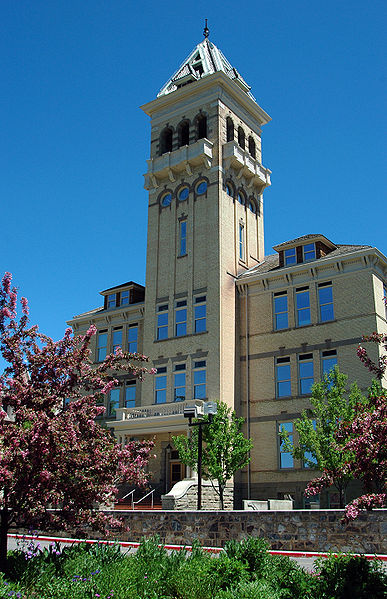 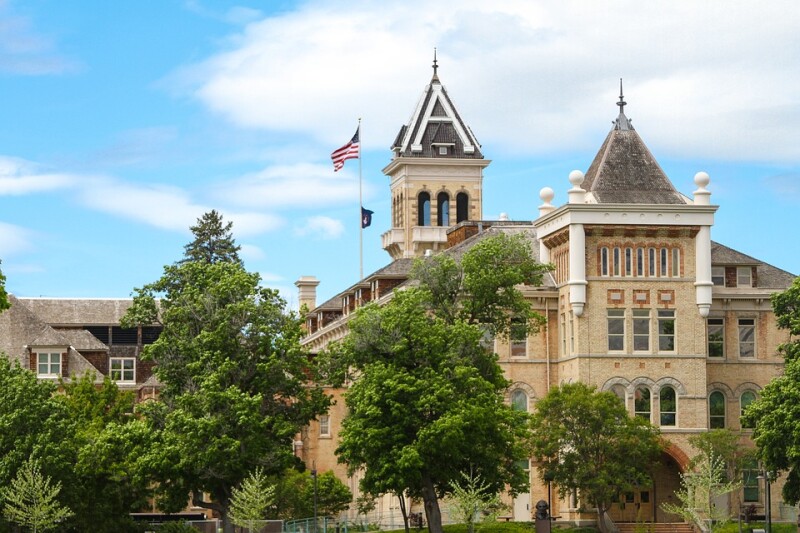 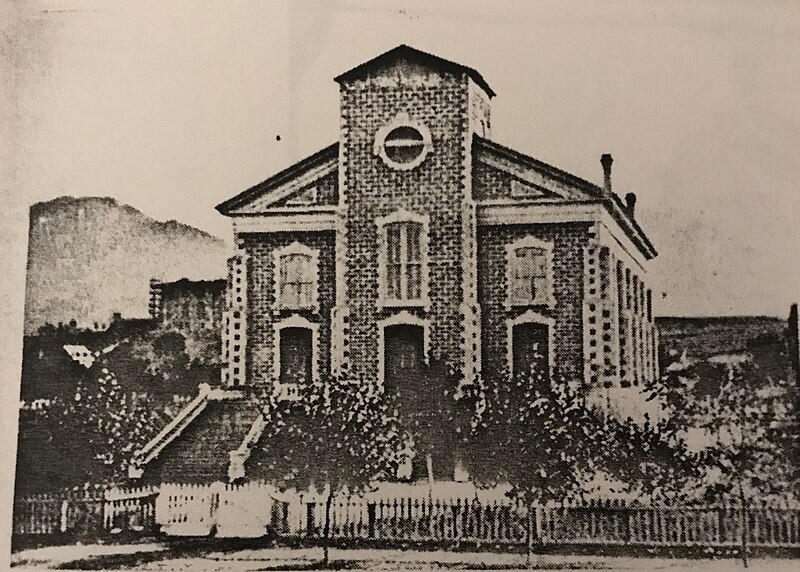 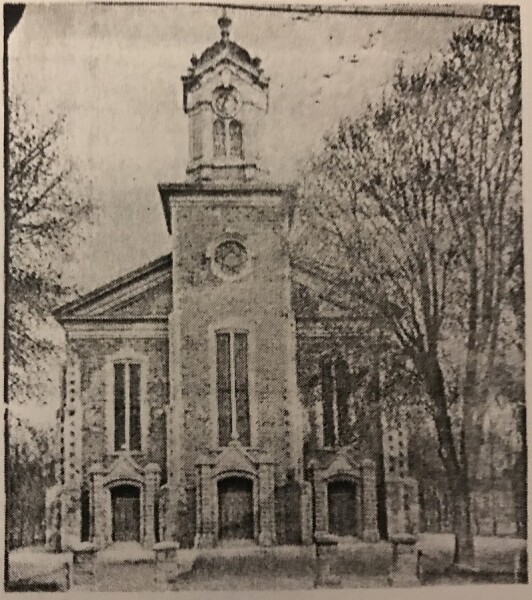 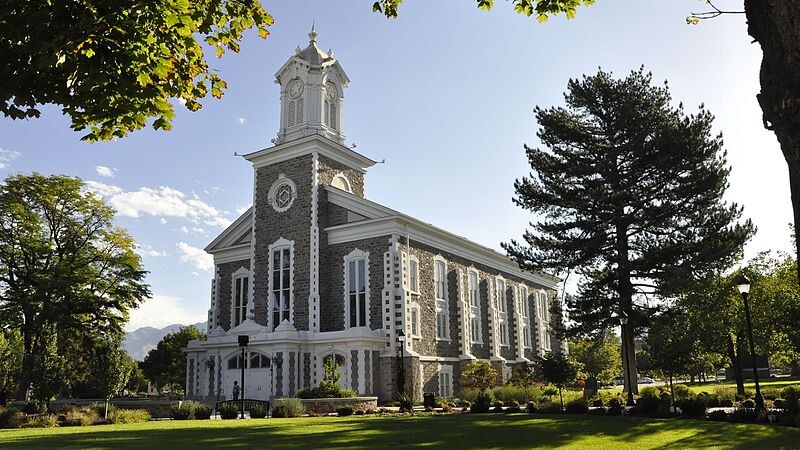 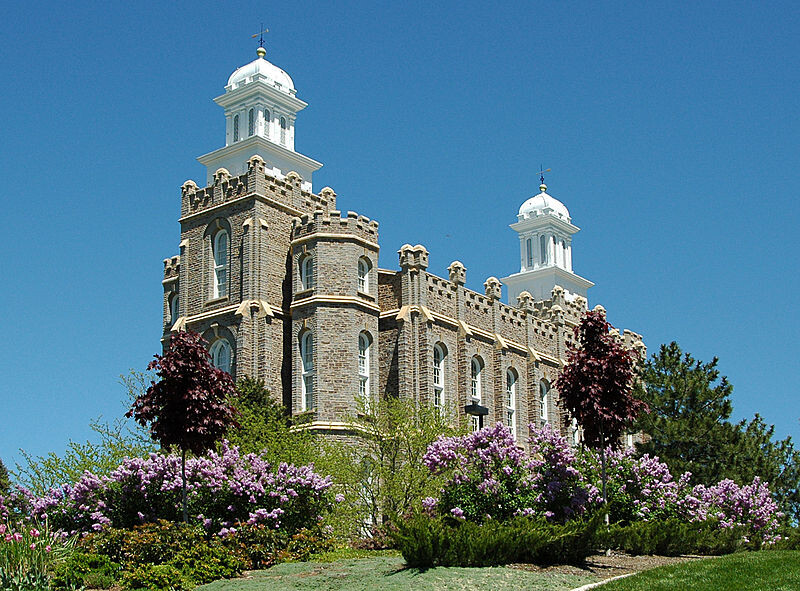 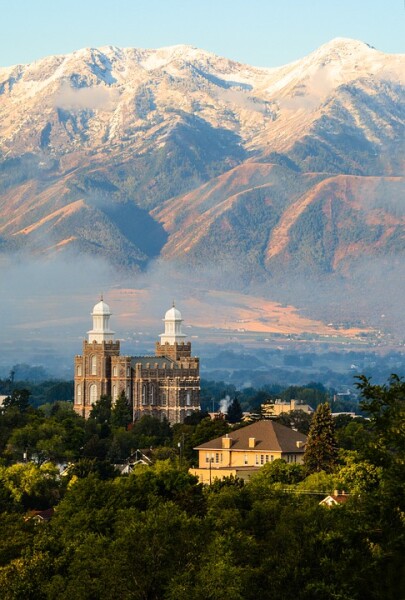 After your meal, don’t forget to look over the dessert menu at Angie’s and take in the extravagant treats you can order. The dessert menu at Angie’s features Angie’s Giant Shakes (served in a 30 oz. stainless steel shake cup) in flavors including Vanilla, Chocolate, Caramel, Strawberry, Blueberry, Oreo, Peanut Butter Cup, and Hawaiian Salted Caramel. The dessert menu also features Delicious Homemade Pies, Homemade Cheesecake, Ice Cream Sundaes, Hot Fudge Brownie Delight, and an Old Fashioned Banana Split. For true ice cream lovers, you can order The Kitchen Sink, which includes two whole bananas, mounds of vanilla ice cream, three toppings of your choice, covered in whipped cream, and topped with chopped nuts and a cherry. Those who can “clean the sink” get a free bumper sticker. Angie’s Restaurant is a great place to enjoy a tasty, home-cooked meal with the family. Angie’s Restaurant is Trip Advisor’s #2 recommended restaurant to dine at in Logan.

The Bluebird is a soda fountain and candy shop, and is one of the oldest operating restaurants in Logan and the state of Utah. The Bluebird has been operating since 1914. While Bluebird Restaurant is a great place to have a meal at, the Bluebird is famous in Logan for the candy it produces, such as the O’Aggie bar (which is one of their best sellers) made with caramel and Brazil nuts (named after Utah State’s football team, the Utah State Aggies.) Bluebird Candy Company also makes and sells over 75 types of chocolates including chocolate truffles, cherry chocolate, chocolate turtles with caramel and pecans, chocolate fudge, and rocky road, as well as toffee, caramel almond, peanut butter crisp, and melti-mints (another best-seller), all sold by their weight on a scale on the counter. Bluebird Candy Company is also famous for double dipping their chocolate, making a thick layer of chocolate on the outside with a soft chocolate center on the inside. Bluebird Candy Company also sells a selection of caramels, gummies, and jellybeans. In the early days, the Bluebird Restaurant was known for being a high-end restaurant where members of high society would host luncheons and meetings. The restaurant was also known to host wedding receptions. The common rooms at the Bluebird include the Pioneer Room, Mural Room, and Ballroom. The Pioneer Room was named, themed, and decorated after the Utah Pioneers, while the Mural Room is decorated with paintings of the history of Cache Valley. The Ballroom was a popular place where dances took place, until the 1940s.

Logan, Utah is a charming town to visit, with plenty of history to take in and old structures to visit. For more information on Logan, check out the official visitor’s guide, or schedule a chat with a travel planner. 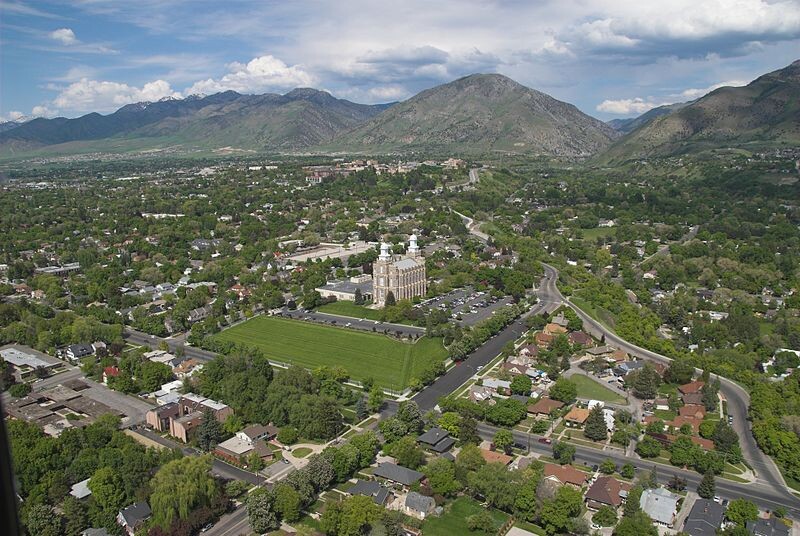