For our final episode of season two we featured some attractions that never made it into their city’s main episode. Roadside attractions offer some of the coolest ways to learn about history, and the Presidents Hall of Fame in Clermont, FL is no exception.

The museum is totally dedicated to the Commander in Chief and features large scale replicas of Mt. Rushmore, the Lincoln Memorial and the White House. It also has a wax model of each of the 43 US Presidents.  Grover Cleveland served two non-consecutive terms, but he’s just memorialized once.

Presidential limo outside the entrance

The Resolute desk used in the Kennedy and Obama Administrations

The real pièce de résistance is the White House replica, which features every aspect of the White House in stunning detail. The scale model travels from time to time around the country and has been seen by many sitting Presidents.  They also have a replica of the Presidential desk currently occupying the white house.

There is so much to learn at the museum it can be overwhelming. Give yourself a few hours to check out all that there is to offer. There are guided tours and an incredibly educational gift shop filled with toys and tokens of your visit. 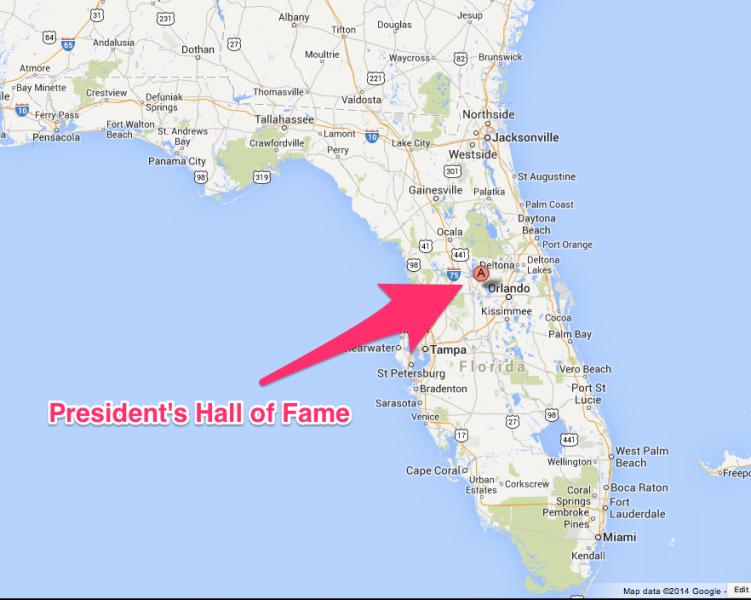