The Conquest of The New World: Where It All Began

In 1493, a man by the name of Ponce de Leon landed in Puerto Rico along with Christopher Columbus and the rest of his crew. A fledgeling adventurer, he soon became enamored not with the land, but with its prospects. Enchanted with dreams of gold and glory, the conquistador did not just want to live the remainder of his life, but to find the cure to aging- The Fountain of Youth. Ponce de Leon discovered Florida in 1513 and, according to legend, first set foot on its illustrious shores where we can now find St. Augustine’s Fountain of Youth Archaeological Park.

Ponce de Leon with his eyes on the prize. Photo Credit: Wikipedia.com

This same site became the birthplace of St. Augustine when Pedro Menéndez de Avilés began constructing the first Floridian settlement seventy-two years later. It bustled with the activity of the newly- arrived Spanish settlers as well as the native Timucua tribe. For many years the brought the two worlds together, its inhabitants making crafts and fostering a new culture. Tension festered when diseases spelled destruction for the tribe, causing anger and violence. When the tribe rebelled, the Spanish solidified their presence in The New World in the tradition of the conquistadors: total domination. 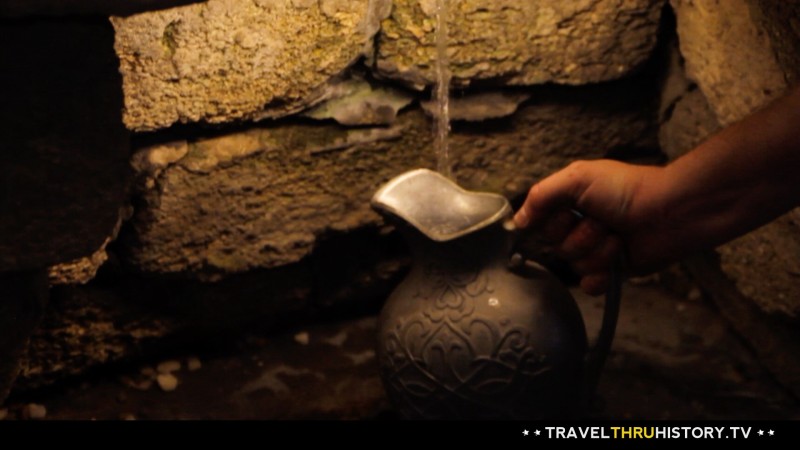 The Fountain of Youth Archaeological Park honors hundreds of years of history, including the memory of the Native Americans who first called these marshes home. Explore replicas of an accurate Timucuan house and pay respects to the Timucua who are buried on these grounds. Then, retreat inside a building made of traditional coquina stone to taste the refreshing waters of The Fountain of Youth, which bubble directly from Florida’s famous aquifers. While roaming around the Founders Observation Riverwalk, you may be startled to hear the burst of a canon behind you- don’t be afraid, it’s just the  The Fountain of Youth Archaeological Park’s canon demonstration. To be sure, you can climb to the top of a Spanish Watchtower and keep an eye on St. Augustine the same way that past generations kept watch over this pristinely preserved city. The St. Augustine sunsets cast dazzling pink and orange hues over the water; silhouetted ships sway lightly in the distance and an echo of The Fountain of Youth’s alternate name may come to your mind: The Spring of Eternal Hope. After about 450 years of culture, cultivation and creativity, Ponce de Leon just might have been right about The Fountain of Youth’s perpetual blessings.

Admission to the park costs $15.00 for adults, $9.00 for kids between the ages of six and twelve, and the little ones ages five and under are free. You can also save one dollar per ticket when you order online ahead of time.