The Victorian Era was one of structured grace. A time for moral codes and corsets, “refined” does not even begin to cover it. While the rich got richer, poor immigrants discovered that upward mobility was more difficult than they had hoped. Sadly, the poise of this era deteriorated into The Gilded Age; The Industrial Revolution fed on the immigrants’ cheap labor. In spite of this massive societal gap, Otto C. Lightner found a strange way to democratize a hobby of his: collecting. The Lightner Museum is home to his master collection, amassed over years of dedication.

Lightner was a self-made man. He was a newspaper doctor, someone we would know today as a consultant. He later developed Hobbies Magazine, finding a way to bridge the massive income gap through declaring that collecting is for anyone and anything. He decided to found his museum as a collection of collections…”collect-ception,” if you will.

Everything From Mundane to Marvelous

The Lightner Museum is a hodgepodge of glamour and understatement. On the first floor you can find Native American artifacts next to a small mummy— next to a display of pristine Victorian glass blowing. On the third floor you can peruse fine art, sculptures and furniture. In between all this you can find things as simple as vintage stamps to bourgeois antique pianos. 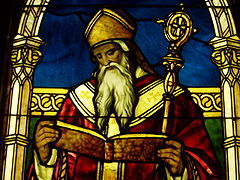 These collections are housed in what was formerly Henry Flagler’s Alcazar Hotel, which Lightner bought and re-purposed into The Lightner Museum in 1946. The largest addition to his overarching Victorian collection, it was built in 1887 and modeled after the elegant, symmetrical domes, towers and columns that characterized the Spanish Renaissance. Lighter himself was the final addition to the collection; after he passed away he was buried in the courtyard of The Lightner Museum.

A tower of the Lightner Museum shows off detailed columns. Courtesy: Wikimedia.com

The Lightner Museum is located in the heart of St. Augustine’s historic district. Admission is $10 dollars for adults and the museum offers discounts for students and active members of the military. As for the kids, it’ll be $5 if they’re eighteen or younger and free for kids twelve and younger.