Although it’s a small capital of a small country, the hardiness of Vilnius is one that exemplifies Lithuanian values of endurance, heritage and really, really tasty food. It’s a city that represents cultural rebirth, faith and tradition.

The History of Vilnius

The oldest records of Vilnius go all the way back to 1323. Over the next several centuries, Lithuania’s borders grew during vigorous conquests, eventually encompassing the area between the Baltic Sea and the Black Sea. Citizens flocked to the state because of its inclusive attitude.

When the Crimean War began, defensive walls were constructed around the city. They fell due to several wars, and the city suffered tremendously when Tsarist Russian forces captured the ravaged city. A Roman Catholic St. Joseph Church being demolished by the order of tsarist authorities, as photographed by Józef Czechowicz, Vilnius, 1877. Photo via wikipedia.

Although the city mourned 20,000 citizens. Vilnius rebuilt itself and became a center of Jewish, Polish, Lithuanian and Belarusian national rebirths. With World War I came the German occupation, and the end of this peaceful era. Lithuanians briefly regained solidarity before the Soviet Union seized Vilnius. June of 1940 marked the beginning of dark, dangerous times in Lithuania. An approximated 40,000 Lithuanians were imprisoned in gulags, churches were turned to secular landmarks (or worse, stables), and Russian became the official language. The Soviet Union finally recognized Lithuanian independence in August 1991.

Despite a past riddled with foreign occupation, Vilnius continues to craft its identity as a gem of the Baltic Nations. Meanwhile, Lithuanians honor their traditions down to the very words that they speak. Lithuanian is the oldest Indo-European language!

What to Do in Vilnius, Lithuania

Gediminas’ Tower is an important state and historic symbol of the city of Vilnius and of Lithuania itself. Photo via wikipedia.

Centuries ago, Gediminas dreamt that a great city could be built: a center for art, a capitol for the beginnings of a great nation. Climb to the top of this same hill today for a panorama of the Old Town of Vilnius, a testament to an ancient vision and centuries of hardheaded Lithuanian perseverance.

You can emulate that perseverance by really committing to the uphill climb. But the payoff is way better than your typical watery protein shake. You can practically feel the hum of Lithuania through the cool stone walls of the tower. Plus, looking out over the city you earn a panoramic view of the town as an architectural beauty. Old red roofs fall away approaching the Neris River, and beyond that? The modern beauty of Vilnius.

Palace of the Grand Dukes of Lithuania

Palace of the Grand Dukes of Lithuania. Photo via wikipedia.

The original palace was built during the 1400’s. For centuries it was a home of incredible political and cultural developments. The original palace was demolished in 1801, eventually allowing the new palace to take its place in 2009. Now visitors can peruse collections of Lithuanian visual art and archaeology.

Like Gediminas’ Tower, the importance of this place is palpable. It is both fancy and accessible; a great addition to a more relaxed day.

This is the last of five gates that were built to defend Vilnius against Crimean forces. Now, the gate has momentous religious importance as a shrine for the Virgin Mary. It is also the first place that the famous Image of Divine Mercy was debuted. The Vilnius Madonna is said to work miracles, and is replicated in many churches around the world.

The icon of Our Lady of the Gate of Dawn. Photo via wikipedia.

The Gate of Dawn is incredibly important to locals and Catholics worldwide. There is a degree of reverence that is contagious in this place, one that recognizes the importance of Roman Catholic tradition after years of secular Soviet rule. Somber appreciation hangs in the air with the scent of incense, giving an ethereal pause from the bustle of your everyday life.

Ambling down the cobbled streets of downtown Vilnius, you can find the Amber Museum and Gallery amidst other artisanal shops. The collection contains pieces that are an estimated 50 million years old as well as the largest archaeological amber collection in the world: The Treasure of Juodkrante. Alongside these ancient beauties are modern trinkets crafted by some of the most famous jewelers in the region. In Lithuanian tradition, amber has healing properties, so a trinket from the gallery may be a gift that keeps away the sniffles as well.

The dimly-lit gallery allows visitors to truly focus on the amber, illuminated by the yellow light that increases the depth of the amber’s color. You may be surprised to find that the beautiful blue stone you are admiring is actually a rare kind of amber. Or, surprise your kids with a view of an ancient mosquito trapped inside one of the archaeological pieces, just like in Jurassic Park.

This breathtaking cathedral provides unique insight into the history and culture of Lithuania. Dedicated to Saint Casimir, this site honors both Roman Catholic and pagan roots of Vilnius, or six hundred years of changing Lithuanian identity. The church has been rebuilt nearly a dozen times due to fires, storms, floods- and the work of men. During Soviet rule, the cathedral was briefly shut down before being converted into a museum. Although Soviet officials sold many artifacts and demanded the removal of Saint Casimir’s remains, it was restored following Lithuania’s independence.

The interior of the Basilica is stunning. It is a testament to the patience and dedication that Lithuanians dedicated to rebuilding their city. Even sitting on the steps paints a picture of Lithuanian culture. In the square, you can sit and watch Lithuanian life whirl around you.

Where to Eat in Vilnius

Although this space seats a mere twenty five people, a reservation at this innovative restaurant provides customers with a balance of quality dining, creativity and comfort. The menu has Lithuanian influences blended with international tastes and changes depending on whatever is in season to please any palate, even the little ones!

This restaurant at the port offers a glimpse of Lithuania’s rich and simple Baltic heritage. Visitors can gaze out at the view for a glimpse of the very fisherman that caught their dinner toiling away, or observe chefs preparing fresh fish from the bay in the Lithuanian tradition-with a twist. Enjoy smoked fish, or whatever the chef’s brain concocts- with whatever the fishermen hauled in within the past few hours. Recommended by both locals and travelers, this restaurant is a true gem.

Chaika is the perfect place for easing into the day or an afternoon pick-me-up. This cozy tea and snack bar will satisfy any sweet tooth and inspire any coffee lover. Boasting freshly baked snacks, quality coffees and espressos and local goods, locals recommend Chaika as a simple and easy place to hang out and grab some lunch.

For more information on a trip to Vilnius, Lithuania visit their official tourism board. 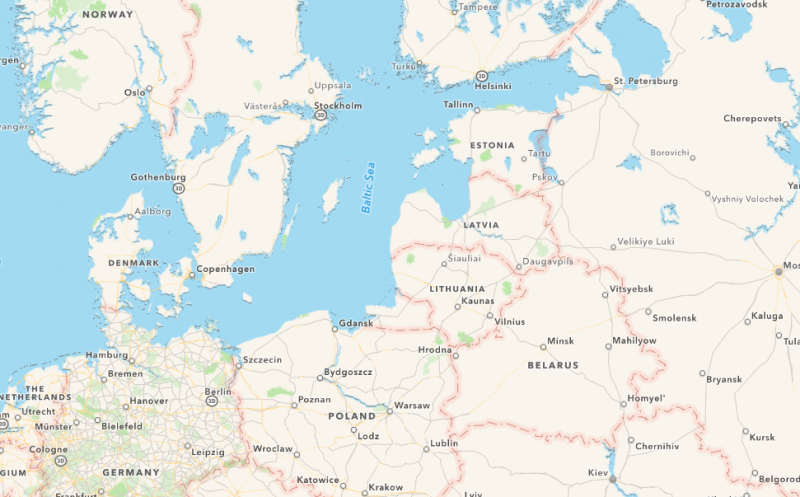