/ Attractions / Just When You Thought Disneyland Couldn’t Get Anymore Magical

Disneyland is one of the top year-round destinations in the United States. Although it is widely visited, there are some hidden gems scattered throughout Disneyland that you may want to look out for on your next Disney Vacation.
Brandon Speakman on May 1, 2017 - 1:17 pm in Attractions, Places to visit

With an average of 50,000 visitors each day, Disneyland in Anaheim, California is the second most visited amusement park in North America. “The Happiest Place on Earth” attracts visitors from all around the world. With all that there is to do and see at Disneyland, it isn’t uncommon for travelers to spend 2-4 days exploring the park. While you may think you are prepared for your Disney vacation this summer, there is some extra magic within the park that you may want to learn about before your trip to Disneyland commences. 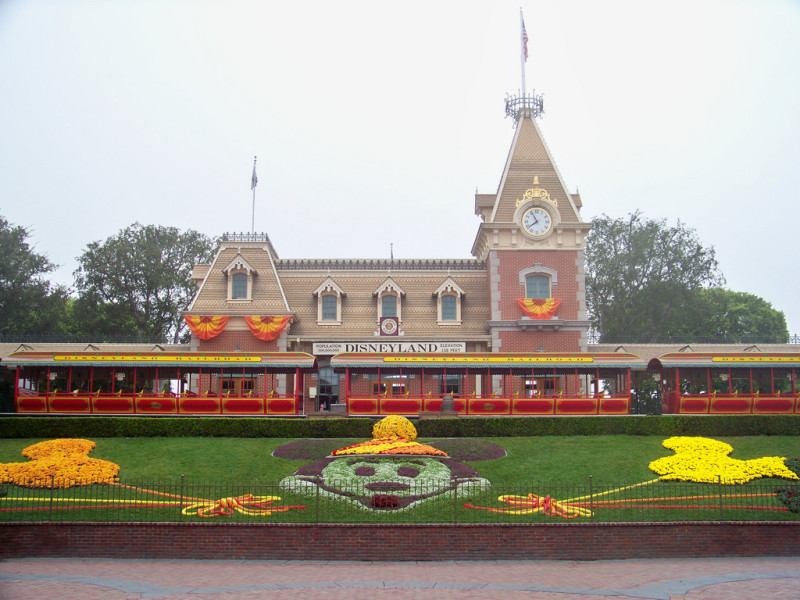 Located in New Orleans Square is the famous, but extraordinarily private, Club 33. Club 33 was created by Walt Disney and served as a private club and home away from home for VIPs visiting Disneyland. 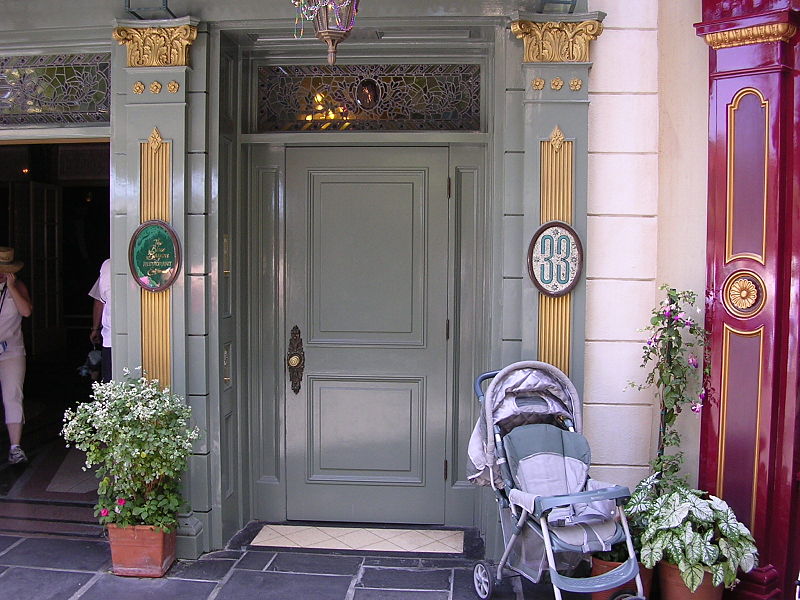 Club 33 opened in 1967 and has been named one of the 13 most exclusive clubs in the world. This unique restaurant is the only place in Disneyland where alcohol is served. 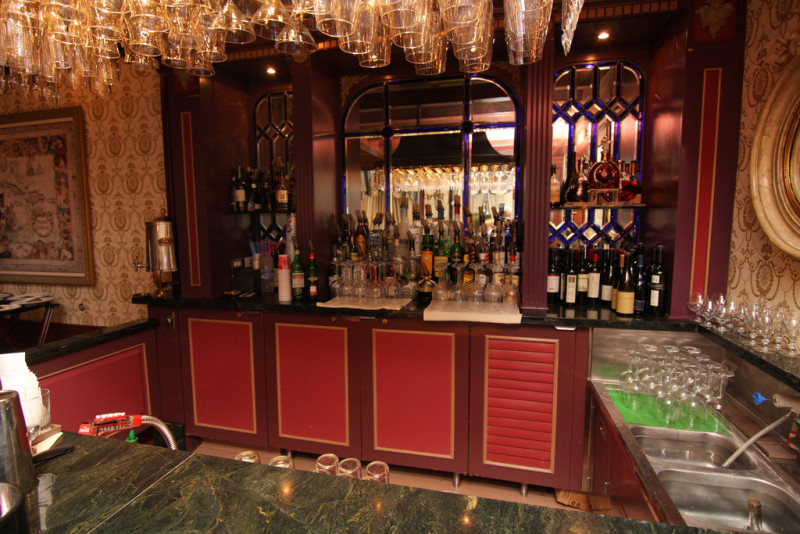 Members of the club are allowed to enter the park early, are given behind the scenes tours and provided with valet parking. If you are thinking of joining Club 33, be advised that there is a waiting list with well over 800 people that are already on it. Not to mention the $25,000 initiation fee for each person that wants to join, as well as a $10,000 annual membership fee. But don’t get too discouraged, there is another way to dine in this private, elegant establishment; you just need to know someone who already pays membership dues. If you know someone who is a member of “Club 33” they can make a reservation for you the next time you plan to be at Disneyland. Some notable members of Club 33 include Elton John, Tom Hanks and Christina Aguilera. Eater The Richest

Speaking of exclusive clubs located inside Disneyland that are impossible to join, there is another little hidden nugget within the park, a private hotel suite. The tucked away Disneyland Dream Suite is a 2,200-sqaure foot elegant apartment located above the Pirates of the Caribbean ride. 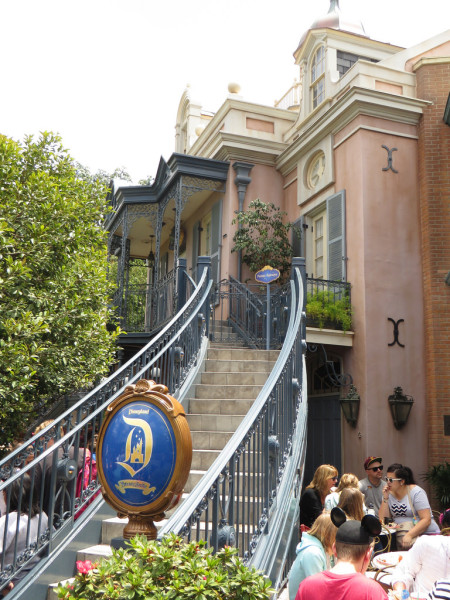 One of the most attractive aspects of the Disney Dream Suite is the private balcony that overlooks the Rivers of America. This balcony makes for a prime front row seat for “Fantasmic!” each evening.

The suite was originally built for Walt Disney and his family, as well as a bigger entertaining facility for Disney VIP’s. It officially opened in 2005, but is reserved only for private events and sweepstakes winners. There is also a sister suite at The Magic Kingdom in Lake Buena Vista, Florida inside the Sleeping Beauty Castle. Walt Disney passed away before both suites were completed. For 40 years the suite at The Magic Kingdom was used as a call center and storage space, while the Dream Suite at Disneyland served as a Disney Gallery from July 11, 1987 to August 7, 2007. Kevin Jonas and his wife Danielle were lucky enough to spend their honeymoon in the Disney World suite. Along with knowing someone who has connections at Disneyland or Disney World, it also helps if you have an obscene amount of disposable income, in order to have the most surreal Disney experience possible. 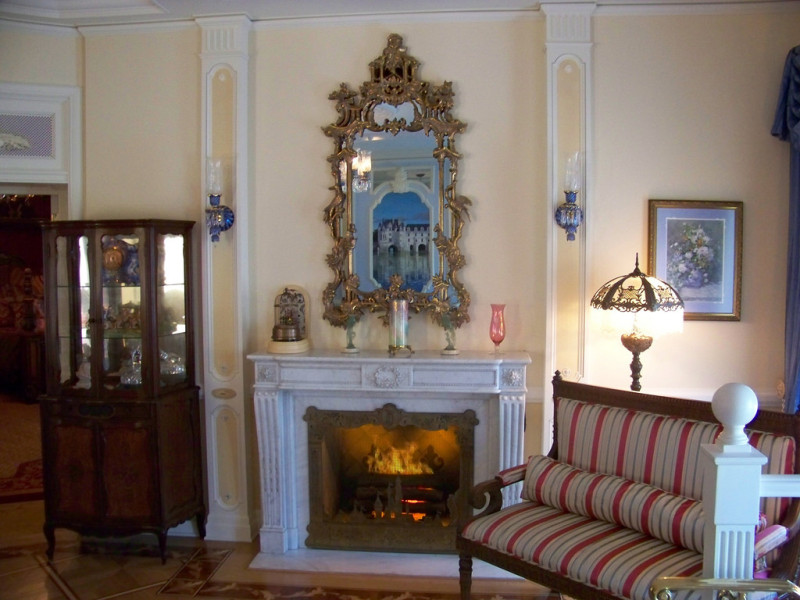 In addition to Walt Disney using the Dream Suite as an apartment, he had another apartment that he would stay in during his visits to Disneyland. He had the apartment built with the purpose of monitoring the activity within his amusement park. The apartment is located atop the Main Street Firehouse. The apartment has a firehouse theme and includes a fireman’s pole in the closet. The pole has been covered up though, since and over excited fan tried climbing up the pole, in order to meet Mr. Disney.

Although the apartment is rather small, 500 square feet to be exact, it includes a small bathroom with a shower and a small kitchen unit. The interior of the apartment has not been altered since the 1960s. There is also a quiet back patio area, which is extremely private and not visible to anyone outside of the apartment. It was announced earlier this year that Disney would give group tours of the apartment twice a day. A reservation for one of the tours is only a phone call away. Road Trippers

A fun fact about the apartment is that the lamp in the window is always on. This is to remind Disneyland visitors that Walt Disney’s spirit is always present in the park. The light is only turned off when Mr. Disney’s daughters are visiting Disneyland, as a sign of respect.

Walt would invite family and friends to visit him in his apartment from time to time. Pictures of these events have been said to be hard to come by, as Walt didn’t allow any photographs to be taken of him or his family while he relaxed in his apartment. IGN Just Disney 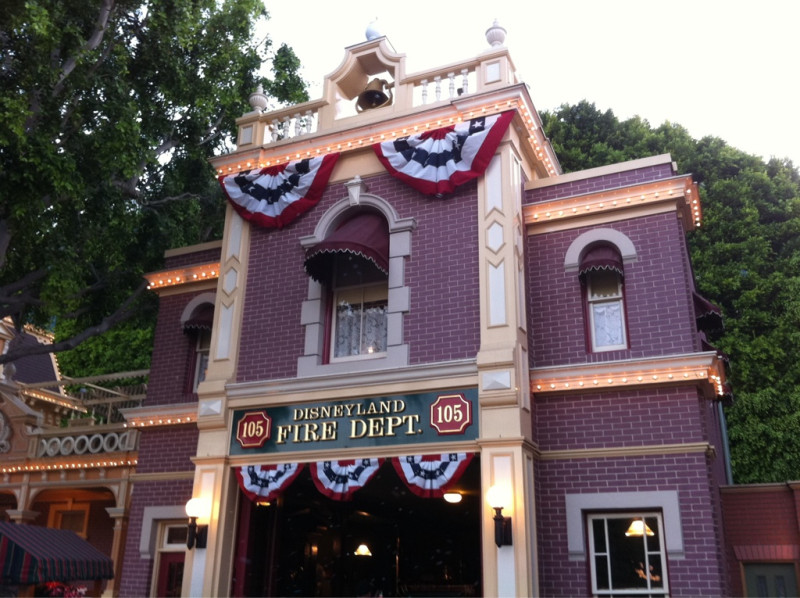 Next time you are at Disneyland, look out for these hidden gems. While you may only be able to view the exterior of Club 33, The Disney Suite and Walt Disney’s Apartment, you can still impress your friends and family by pointing them out and giving them a little bit of the hidden history Disneyland has to offer. 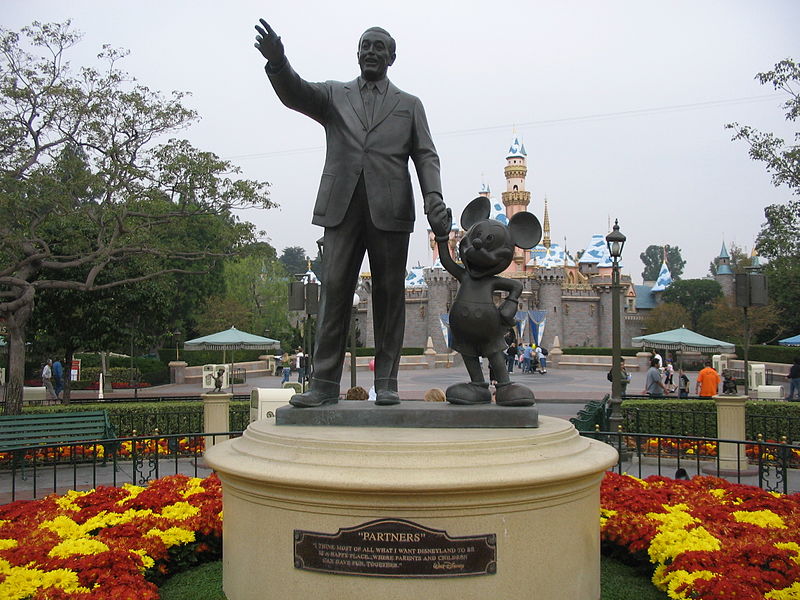