The city of Fredericksburg is in the state of Virginia and it was named after the son of King George II, Frederick the Prince of Wales.  While Fredericksburg has been around seemingly forever, the Civil War really put the city on the map.

After visiting Gettysburg a few years ago, my husband and I decided that we wanted to show our children another area where the Civil War took place.  We drove down to Fredericksburg for a week to explore the battlefields and other fascinating attractions in the area.

We stopped at all four of the major Civil War battlefields in the city.  The Fredericksburg Battlefield was my favorite, but Chancellorsville, Wilderness, and Spotsylvania were all fantastic as well.  While at the Fredericksburg Battlefield, we walked along Sunken Road, which isn’t very long at all.  This is where some of the heaviest fighting took place and we saw a house from the Civil War that still had the bullet holes both inside and out.  Before we left, we stopped at the national cemetery to pay our respects to those who lost their lives fighting during the war.  Seeing the fifteen thousand plus graves was heartbreaking for me.

Canon at Fredericksburg. Photo via Wikipedia. 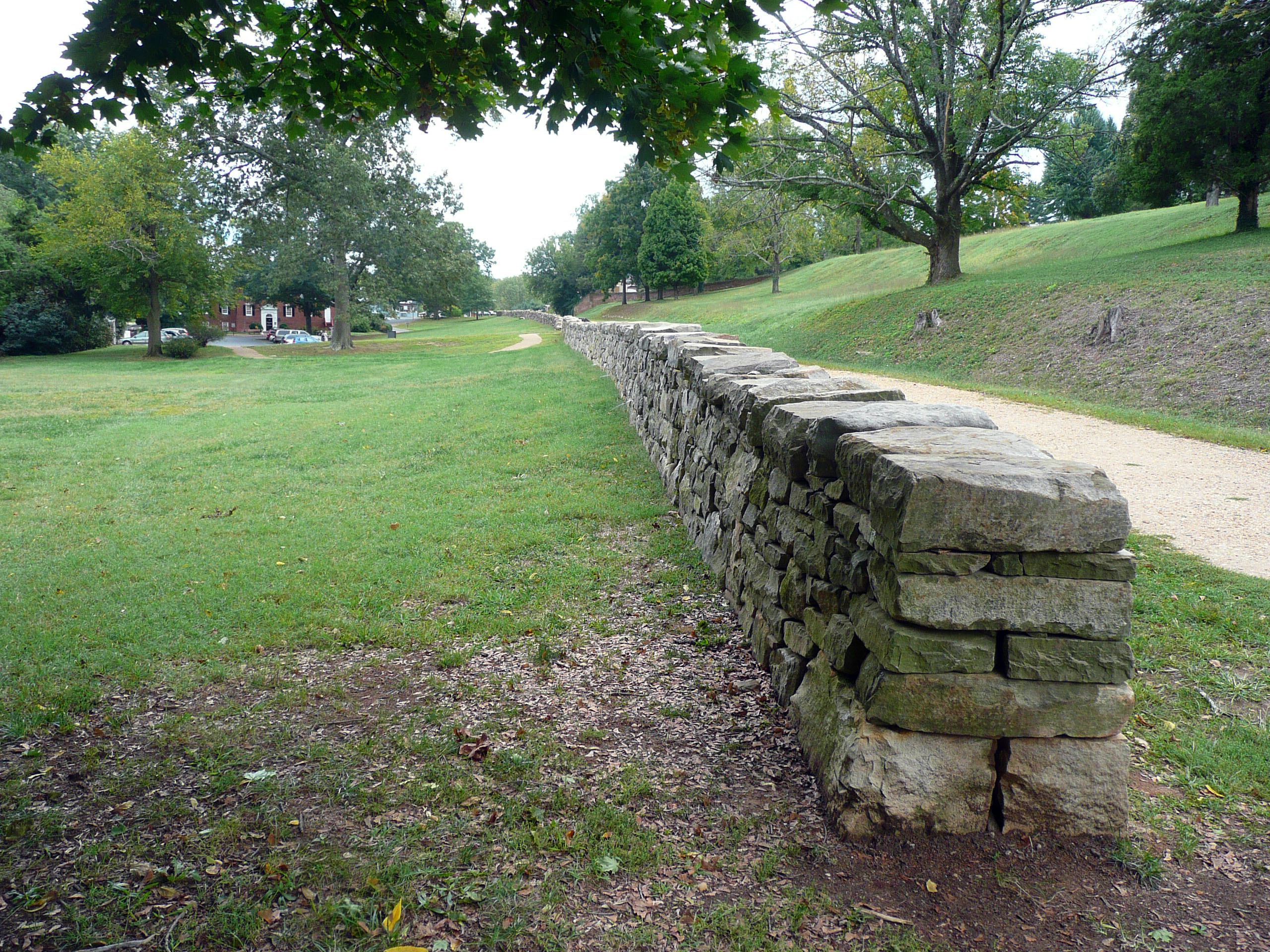 Sunken Road. Approximately 3,000 Georgians under Thomas R. R. Cobb were lined up in multiple ranks behind the stone wall, and another 3,000 were atop the slope behind it, along with their artillery. Image via wikipedia.

After leaving this battlefield, we drove a short distance to an 18th century plantation.  Chatham was beautiful, and it was hard to imagine the devastation that was endured there during the war.  This home was used as a hospital and the Union Headquarters.  Trying to picture thousands of injured soldiers lining the front lawn waiting to be seen was difficult, especially with the spectacular views of the surrounding area.  Inside the home, we were able to see the furniture that was there when the soldiers used the home.  Most of the rooms are small, but they have been preserved wonderfully.

While the battlefields were interesting, I wanted to see the area where George Washington grew up.  Ferry Farm is also known as the George Washington Boyhood Home Site and it can be found on the northern banks of the Rappahannock River.  Washington and his family moved to this farm when he was six years old and he inherited it as a teen when his father died.  His old home is no longer standing, but we learned that part of it had been discovered back in 2008.  We had fun as we walked along the grounds, but the best part was when we spotted the site where the old house had been.  My favorite part of the entire visit was watching the archaeologists do their work in the archaeology lab within the Visitor Center.

We stayed at the Wilderness Presidential Resort when we were in Fredericksburg and when we arrived, I was thrilled with the location!  It was across from the Chancellorsville Battlefield and far away from the busier parts of the city.  That meant no noise and lots of beautiful views of the water from our log cabin windows.  We were able to go out in boats on the lake, swim in the pool, and play numerous types of sports while we were there.

Castiglia’s Italian Restaurant is family owned and they serve many of my favorite dishes.  I loved how it was family friendly and casual.  This restaurant is the perfect place to eat a meal with children of all ages.  They serve pizza cooked in their brick oven, pasta, calzones, seafood, subs, and appetizers.  Castiglia’s is on William Street in downtown Fredericksburg.

Orofino can be found on Caroline Street and it is owned by a culinary expert who has prepared meals for restaurants in both Italy and New York City.  The menu is written uniquely with the dish in Italian and the description in English.  Each dish is also labeled with which region of Italy it originated in, so everyone gets a little history and food lesson as they are dining.  They serve antipasti, pasta, and sandwiches.  They also make authentic Italian desserts that include cannoli, tiramisu, and gelato.

I can’t wait to return to the Fredericksburg area soon, so that I can continue exploring more of the battlefields and some of the places that we missed this visit.  You can find more information about this area by visiting their tourism website.