If there’s one thing no place should ever strive to be, it’s a pearl. As precious as that nickname is, Haiti (the Pearl of the Antilles) and the city of Manila in the Philippines (the Pearl of the Orient) show why geography and pearls don’t mix. Both locations suffered invasions, natural disasters, desperate struggles for independence, and small periods of prosperity that are still visible today.

We’ll talk about Haiti in depth another day, but for now, we’re headed to the Philippines. Manila is a city with a captivating history; colonial, Art Deco, and modern architecture; and the capital of this island nation. Ready to check it out?

A Brief History of Manila 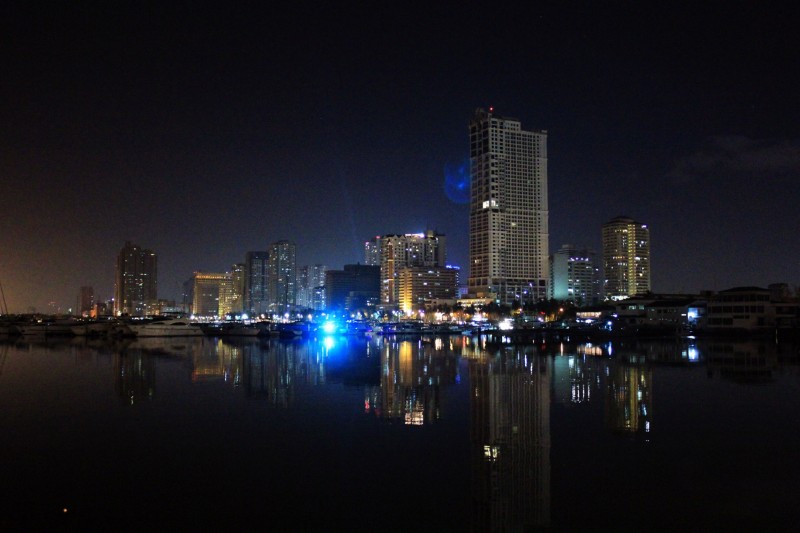 Built on the mouth of the Pasig River, this once-majestic city opens onto the Bay of Manila. The nilad mangrove trees that grow on the banks of the Pasig gave the city its Tagalog nickname, Maynila, which eventually became its name. The first people showed up in this area about 65,000BC – at least, that’s what the Callao Man fossils suggest. Other groups soon followed. The area became a melting pot for regional populations, and around 3,000BC, the Angono petroglyphs were created.

Manila became a settlement around 900AD, although at that point it was a part of an Islamic Kingdom, and was called Seludong (also Selurung). Some historians think that the city may have been the capital of the prosperous ancient kingdom of Tondo.

In 1571, Marshal Martin de Gioti and his Spanish troops razed Manila to the ground, destroying all of the existing architecture. They rebuilt Manila to look like a European city, and you’ll still find traces of Spanish influence in buildings like San Augustin Church. Dating from the 1589, it’s the oldest building in the city. While the Spanish established their seat of government in the Intramuros district (within walls), they sent missionaries out and about. Chinese pirates attacked, but the Spanish held their ground.

Never happy to see the Spanish win, the British occupied Manila for two years, from 1762-1764. They weren’t the only European powers interested in this city. Dutch attacks were repelled. The Spanish soon regained control of their powerful trade city, but it wasn’t a relationship that was meant to last. In 1898, after signing the Treaty of Paris that ended the Spanish American War, the Spaniards ceded control to the Americans. 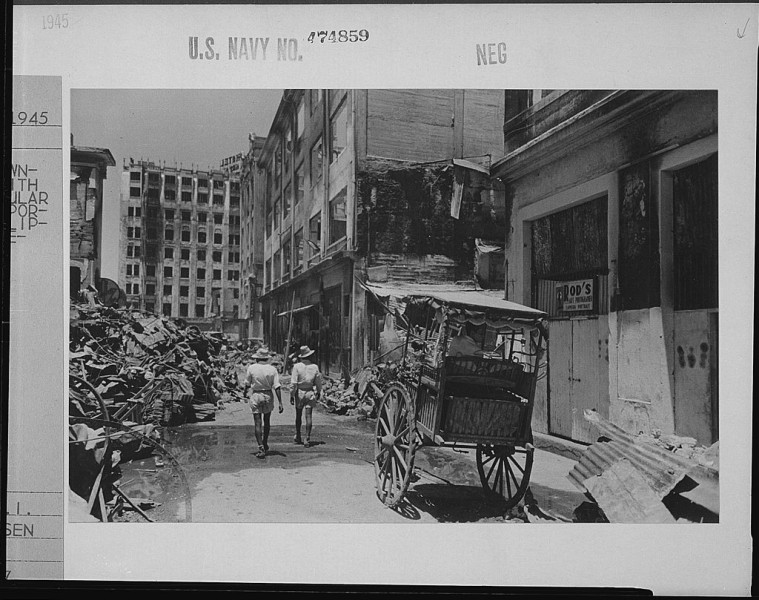 By this point, Filipinos were tired of foreign powers. It would still be awhile before they were free to rule themselves, however. On December 24, 1941, Americans gave the Filipino city of Manila its freedom. By January 1st, the city was under Japanese control, and the Japanese established the Philippine Executive Commission to let the Manileños (residents of Manila) govern themselves – as long as they did what Japan wanted.

During World War II, Manila suffered heavy losses. The city was one of the most devastated during the war. In the Battle of Manila, which lasted from Feb. 3rd to March 3rd, 1945, at least 100,000 inhabitants died in the Manila Massacre, although some estimates place that number closer to half a million. Finally, on July 4th, 1946, the Philippine flag was flown for the first time in Rizal Park.

From 1952-1986, the city prospered under relatively good leaders. This “Golden Age” of Manila involved the reconstruction of much of the city, but it never fully recovered from the war. Today, Manila is a city in need of an urban planner, but with a surplus of historical intrigues, fascinating stories, and interesting places to visit.

And don’t forget the food…

Where to Go in Manila

If you really want to see the best of Manila, check out one of the city’s many walking tours. It’s impossible to see all this city has to offer, but at least you’ll be off to a good start. Concerned about timing or missing something great? No matter how long you’re stay in Manila will be, don’t miss the five places we mention below.

The oldest structure in Manila, San Augustin Church is a symbol of imposed cultural change, but also of faith. It’s a fascinating place to visit, knowing that the people who constructed it had only just become Catholics, and likely resented the labor they put into its construction as they struggled to identify with the new culture that now dominated their lives, their city, their homes, and their faith.

A view of the Baluarte de San Diego and the University of the City of Manila, both located in Intramuros.

One of the oldest districts in the city, Intramuros is where the Spanish hung out, protected from Chinese pirate attacks, during their reign in Manila. Also called the Walled City, it’s a bizarre place to see, and full of history, but is on the verge of being lost forever thanks to its age and the damages it suffered in the Spanish American War and World War II. There are several ruins in the district, as well as some notable stops, including Fort Santiago.

The bastion of Spanish power in the region, this building was erected by the Spanish Conquistador Miguel Lopez de Lagazpi, and is one of the oldest and most important historical structures in Manila. In 1880, the front façade was destroyed during a massive earthquake, but that doesn’t compare to the damage the structure suffered in World War II.

Some Filipinos might call that karma… Fort Santiago is the site of the execution of the Filipino revolutionary leader, Jose Rizal. Inside its jails, many people died.

The Americans used the fort as a stronghold for the Army when they were in power, and the fort was rebuilt for its historic significance. 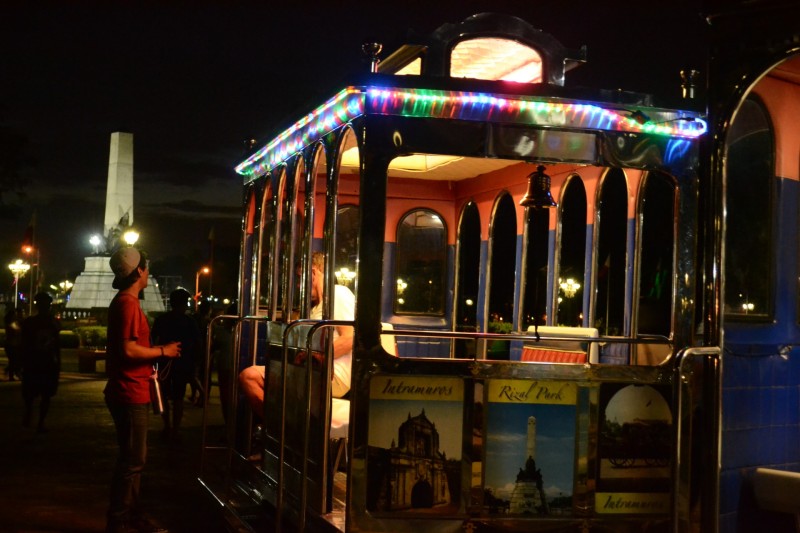 Also known as Luneta, Rizal Park is a national park in the Philippines. It’s one of the largest public parks in Asia, and the place where the Filipino flag was flown first. Paseo de Luneta opened in 1820, starting the park’s history. The Spanish used the park for relaxation, but also as a place of public execution. They put 158 political prisoners to death in the park, including Jose Rizal in 1896 and three Filipino priests in 1872.

In 1901, the park was converted into a memorial for Rizal, who was a writer and a poet, as well as a revolutionary. On December 30, 1913, the winning sculpture that memorialized Rizal was unveiled. A work by Swiss sculptor Richard Kissling, it was called Motto Stella (Guiding Star). The park has hosted several major celebrations and international events, and was also the site of a hostage crisis in 2010.

Fun Fact: Kilometre Zero is located in the park. It’s the point from which all distances in Manila are measured.

This museum is a fascinating place to explore the impact and presence of Chinese culture in Manila. It’s one of the most popular museums in the city, and apart from looking into this complex cultural dynamic, it does an excellent job of explaining some of the city’s general history, as well.

What to Eat in Manila 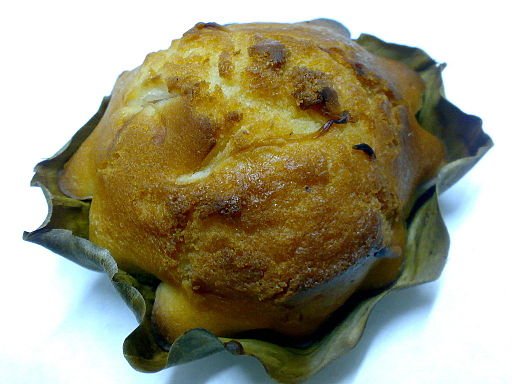 Every place you go has dishes that are unique and worth trying. In the Philippines, a blend of global cultures melted into some of the most tantalizing meals on the planet. And no, that’s not an exaggeration. Even if you don’t go Manila for the city’s captivating history, we’ll beg you to at least head there for the food…

Fresh, sweet, or traditional, this Filipino take on the spring roll is heaven in a bite. Fresh ones might remind of burritos with very thin tortillas, and the desert lumpia are usually made with banana and topped with chocolate drizzle. Fried versions include a tantalizing, tail-on shrimp version…

A Filipino twist on your grandmother’s favorite cold remedy, this chicken soup is as addicting as it is unique.

This isn’t the Mexican sauce you’re probably thinking of. Filipino adobo is a blend of soy sauce, oil, vinegar, and garlic. Once in a while you’ll find some veggies in there, too. Meat is slow-marinated in the mix, cooked, and occasionally crisped. It’s cheap, delicious, and can be found almost everywhere in Manila.

Meaning “mix mix” in Tagalog, Halo-Halo is a real mash up of desserts, served in a cup or on a plate. Fruit chunks, shaved coconut, ube ice cream, sweet beans, and more…

The Filipino answer to ceviche, it’s a delicious dish and a definite treat for anyone who likes that hot, citrus flavor that ceviches are known for. One major difference? While ceviche has an obviously fishy flavor, Kilawin doesn’t.

It’s not a dish, but you need to know this fruit. You’ll be eating a lot of it, since it’s the most popular citrus in Filipino cooking. It’s like nothing you’ve ever tried, but it looks a bit like a key lime or a green kumquat.

Not made for every palate, this dish is a truly Filipino experience. If the idea of peanut butter, oxtail stew, and shrimp paste slow-simmered and served piping hot sounds good to you, dig in with gusto. If not, try it just for the experience!

A hearty meat stew cooked in a tomato and liver base, kaldereta usually includes a few carrots, potatoes, and yes, those ever-present hot peppers. Try it with lamb for the true local flavor.

A creamy coconut cake cooked in a banana leaf, drizzled with butter, and sprinkled with more coconut? Who needs diets, anyways…

A cultural artifact from the Spanish era, this Filipino take on hot chocolate that’s made with chocolate tablets instead of cocoa powder. Like Mexican hot chocolate, these tablets include more of the cocoa butter fat than powdered counterparts. Whipped into frothy ecstasy with a batidor, it’s a cup of heaven you won’t want to skip. 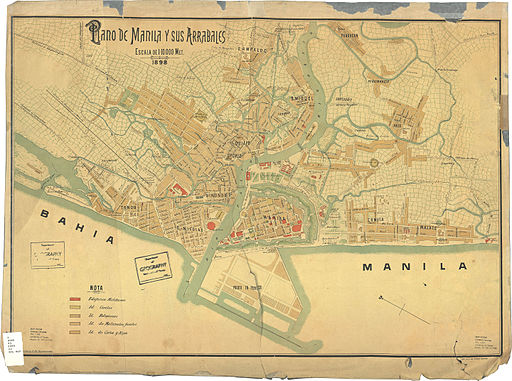 For more information on a trip to Manila and the rest of the Philippines, visit their official site.

I'm a fan of honest words, clarity, and impact. A writer, editor, and translator, I spend my days guzzling coffee like a champ, living the expat dream, and being mom to world's sweetest preschooler. I’m co-owner and copywriting head at Rusmexus Writers, a history buff, and have a background in international relations.
0 POST COMMENT
NEXT ARTICLE
Albany and Saratoga Springs, New York
September 21, 2015 - 9:09 pm
PREVIOUS ARTICLE
Centralia, PA: Helltown, U.S.A.?
September 13, 2015 - 6:00 pm