There is a modest city outside of San Francisco that has made a big splash in free speech and higher education. This isn't your average, low-key college town, this is Berkeley, California.
Brandon Speakman on August 15, 2017 - 12:50 pm in Attractions, Featured Cities, Places to visit

Things to do in Berkeley, California

The Bay Area in northern California is home to some of the most scenic views, interesting food and fascinating cities. Just 13 miles east of San Francisco is Berkeley, CA. Berkeley is home to a highly prestigious university, the beginning of The Free Speech Movement and some unusual, yet tasty, Bay Area eateries.

Berkeley was named after the 18th-century Anglo-Irish bishop and philosopher George Berkeley and is home to The Graduate Theological Union, one of the largest religious studies institutions in the world. Berkeley, CA has been named one of the most politically liberal cities in the United States and current UC Berkeley students continue to prove that fact every day.

UC Berkeley was founded in 1868 and is the oldest of the ten research schools that are related with the University of California school system. UC Berkeley has also been named one of the world’s leading research universities and the top public university in the United States.

The Greek Theatre at UC Berkeley

The William Randolph Hearst Greek Theatre is one of the nicest and longest running outdoor concert venues in the Bay Area and in the country. The amphitheater was named after William Randolph Hearst after he financed the constructing of the outdoor venue. The theatre is located on the UC Berkeley Campus in the foothills, with a tremendous view that overlooks the San Francisco Bay and The Golden Gate Bridge.

The Greek Theatre has also been the site of many social movements and academic breakthroughs. In 1903, President Theodore Roosevelt gave the inaugural commencement speech. In 1964, American activist Mario Savio helped lead the free speech protests with a vital speech at The Greek Theatre. 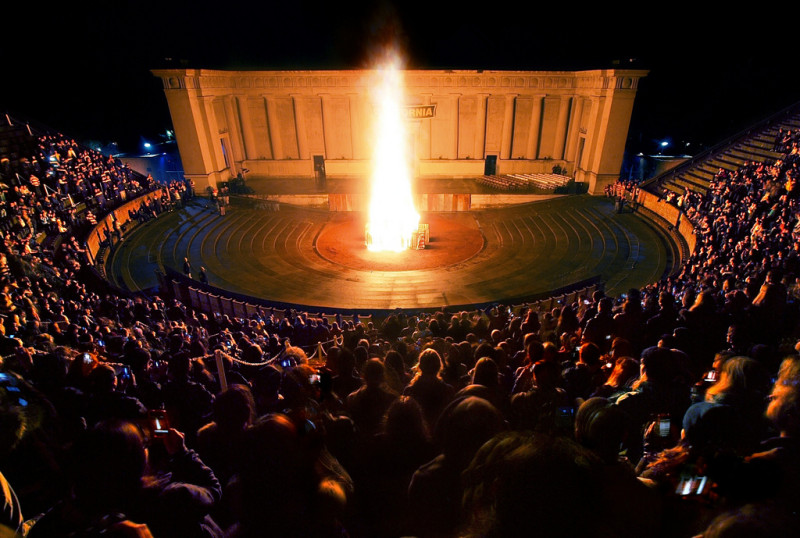 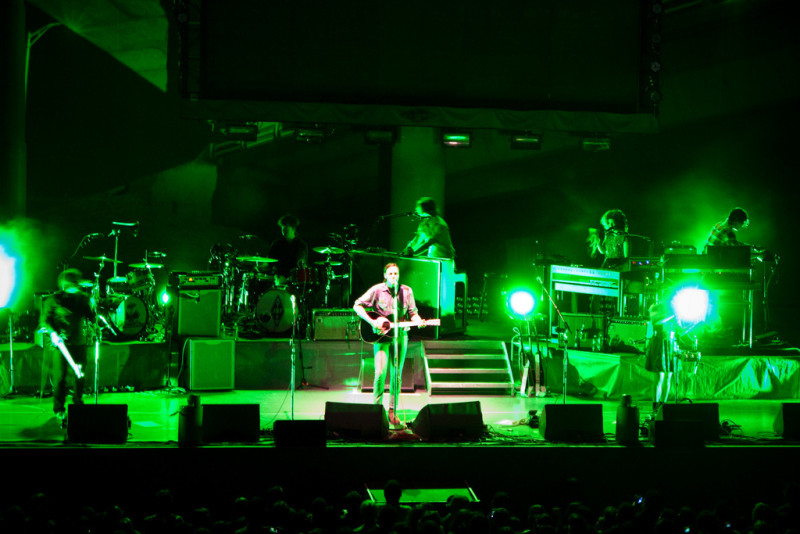 Just a stone’s throw away from UC Berkeley is Top Dog, a popular hangout for future Berkeley alum looking for a cheap meal. The birth of Top Dog started because of a young boy’s love for sausage, which he developed as a German immigrant growing up in New York during WWII. The boy loved sausages and enjoyed loading them up with ketchup, raw onions and sauerkraut, which are all still popular fixings offered at Top Dog today.

Top Dog started in 1966 and continues to seek out the best sausages from the best sausage makers, so they can serve up the tastiest hot dogs that the Bay Area has to offer. Believe me, you’re not going to want to miss out of these authentic Italian, Polish and Hungarian sausages. 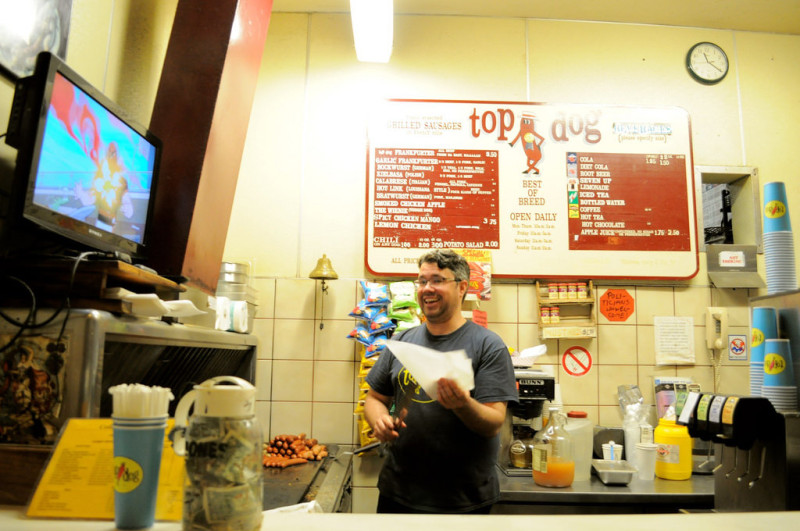 The Cheese Board Collective

For those seeking a quality pizza pie in Berkeley, CA, look no further; The Cheese Board has you covered. The Cheese Board opened up as a small cheese store in 1967. In 1971, the 2 owners sold the business to their employees and created a worker-owned and operated cooperation. During a shift at The Cheese Board the employees started making pizzas for themselves, which helped generate an idea that would put The Cheese Board on the map in Berkeley, they decided to start selling pizza after regular hours on the weekends. Each Friday the employees would make a unique vegetarian pizza using fresh ingredients and an array of uncommon cheeses, all on top of a thin, sourdough crust. Once the word spread, The Cheese Board became one of the most popular restaurants in Berkeley. 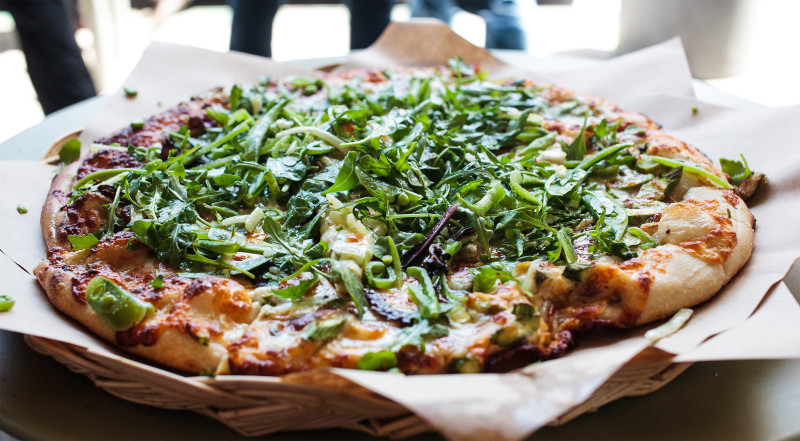 The Cheese Board still serves a unique vegetarian pizza 5 days a week in downtown Berkeley, with an addition of salad, cookies, Buffalo milk soft serve, sodas, beer and wine. There is even live music while you wait in line for the pizza. This is another fantastic eatery in Berkeley that you can’t miss. 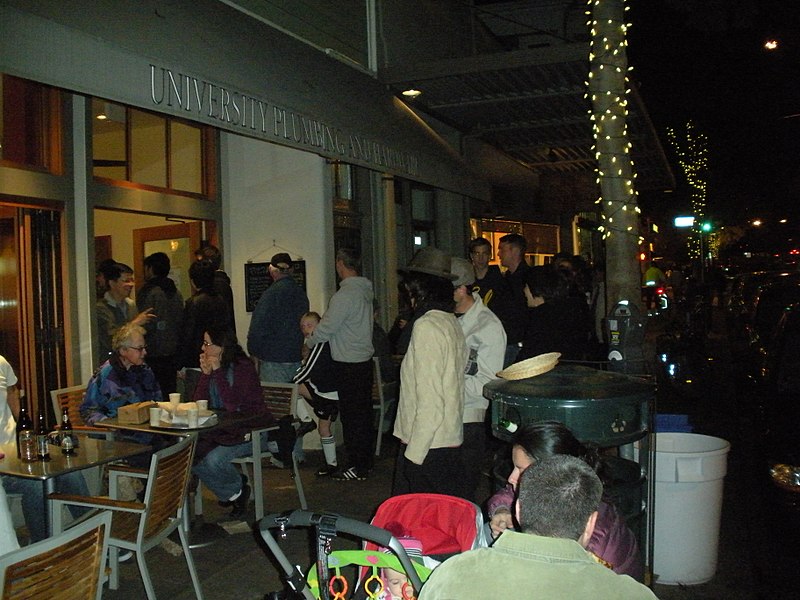 The line at The Cheese Board Photo via Wikipedia Commons

Berkeley is a great place to visit year-round. Whether you want to take in the scenic views of the city or participate in a protest, it won’t be hard finding activities for everyone to enjoy. With so much to see and learn about, your trip to Berkeley will be anything but dull. To learn more, visit Berkeley’s official tourism board website.