More than a bastion of southern pride, Charleston is a modern city with deep historic roots. The oldest city in South Carolina, it was first settled in 1670, and since that point has been a bustling center of activity and commerce – not all of which was good.

1733 Map of Charles Towne which shows the city’s defensive walls. Photo via wikipedia.

Today, Charleston is a top tourist destination in the US, and has done its best to lay the negative parts of its history to rest. It’s a great place to try true southern cuisine, enjoy the coast, and offers an astonishing mix of West African, French, and English cultures, with a dash of genuine hospitality and an unrelenting spirit that is easily recognized as that of the American Deep South.

Where to Visit in Charleston, South Carolina

Across the ages, Charleston has changed dramatically. Charleston, SC offers dozens of museums, numerous National Historic Sites, Parks, and Places, and a setting that inspired literary works ranging from Scarlett (the 1991 sequel to Gone with the Wind) to Sue Monk Kidd’s 2014 novel, The Invention of Wings. If you’re heading to the city in the near future, don’t miss the following stops.

Just ten years after Charleston was first settled by the English, who called it Charles Town mind you, a boat bearing 45 French Huguenots landed in the city. By 1700, there were roughly 450 of these oppressed French Protestants living in the city, and the English welcomed them with open arms. One of very few remaining Huguenot churches in the world, and independent of any governing religious body, the French Huguenot Church of Charleston still holds services in French once each year, and follows the services laid out by their ancestors.

The church is a unique work of architecture, originally built in 1687, the first Huguenot church burned to the ground in 1796. The first worshippers arrived at this “Church of the Tides” by boat, but that practice has faded out of fashion. I 1845, the rebuilt Gothic-style structure was completed, although it soon suffered damages from military shells during the American Civil War. After Charleston fell to the Union in 1865, soldiers from the North nearly made off with the church’s prized organ, but were luckily stopped by a few of Charleston’s key residents. The organ is a pride point for the church, due to its ‘wooden tracker’ mechanism that allows a rapid response to the organist’s touch, and the Baroque-era sound the instrument produces. In 1886, a sizable earthquake hit the Charleston area and the structure of the church was damaged, but held firm through the tremor.

In 1788, a young and intrepid entrepreneur gained permission from the city of Charleston to open a public market. By 1804, the original buildings were ready, and in 1807 stalls were rented out for 25 cents per week. Then known as the Centre Market, it quickly grew in popularity, and by 1841 had grown to including Market Hall (now known as the Confederate Museum).

In 1938, a tornado damaged much of the surrounding area, but the market survived. The economy took a turn for the worse, however, and by 1844 only four vendors remained in operation at the market. The market continued to struggle financially until it was added to the National Register of Historic Places in 1973, and efforts were made to rejuvenate it. The economic upturn continues to this day, with the market listed as the top attraction in the city. It was heavily remodeled in 2010, and the updates made the flow of the market easier on guests and vendors, without sacrificing the spirit of the place.

The Historic Charleston City Market is a delight for gourmands, and a great place to buy local art, handmade sweetgrass baskets, and local Charleston products. It’s one of the nation’s oldest public markets, and continues operating today in a way that its original patrons would easily recognize. There are plenty of places to stop for a bite, and on Friday and Saturday evenings it becomes one of the city’s most popular spots to hang out. Live music and great food are part of these “Night Markets,” and many local artisans stay open for the event.

An Icon of Oppression: the Old Slave Mart

Like many city historic districts, a few of Charleston’s streets are still cobblestone. On one of these roads is the Old Slave Mart, a grim building with a 20-foot ceiling was constructed in 1859, and inside it, men, women, and children were sold like cattle. Thankfully, the Civil War stopped this practice, and in 1865 – after 6 years of operation – the 3-foot-high and ten-foot-long display tables that slaves stood on at auction were cleared out, the slave mart shut its doors, and the building was converted into tenements. Today, this structure is the only known slave auction gallery building still standing in South Carolina. It was purchased in 1938 by Miriam B. Wilson, and converted into a museum of African American history, arts, and crafts. It is currently operated by the city of Charleston, and although an emblem from a painful period in history, also provides an important history lesson to the general public.

American history buffs, I’m sure you instantly recognized Fort Sumter – its role in the American Civil War is undeniably important, but the role of the two forts on Sullivan’s Island is tied to more than the Civil War. Fort Moultrie served a key role in 1776, when it saved Charleston from British occupation and the onslaught of nine warships. By 1780, however, the Brits gained control of Charleston. The fort fell into neglect and was reconstructed on a few occasions, including once in 1804, following a devastating hurricane. It played a role in inspecting incoming slave and cargo ships for years, and today stands as a museum, historic site, and visitor’s center.

Union flag raising after the retake of Fort Sumter, 1865. Photo via wikipedia.

As for Fort Sumter, it was built as a consequence of the War of 1812. Construction began in 1829, but didn’t finish until 1861. South Carolina seceded from the Union in December of 1860 (the first state to do so), so as you might imagine, the situation for Union soldiers stationed here was rough.

Following secret orders from their superiors, the men stationed at nearby Fort Moultrie moved in quiet to the still-unfinished Fort Sumter. This location was easier to defend, and despite being unfinished, offered better protection from Confederate troops. In April of 1861, the Confederate siege of Fort Sumter began, and it wasn’t until 1863 that Union troops attempted to retake this formidable structure. The Confederates had strengthened the structures defenses in the interim with the labor of roughly 500 slaves. It took another two years for the fort to return to the North.

After the war, the decimated fort was used as a lighthouse station for several decades. Today, it is home to a museum and visitor center, and offers an intriguing look into what a soldier’s life was like in the Civil War.

Originally the site of Charleston’s Masonic Lodge, this plot of land was purchased by Charleston’s Centre Market and a new building, designed as the head building for six blocks of public market space, was built in 1841. The design is a copy of The Temple of Wingless Victory in Athens, Greece, and construction required materials from across the United States and Italy.

Today, this former public market building is operated by Chapter #4 of the United Daughters of the Confederacy, and stands as a museum to the secession. The building has been in this organization’s control since 1898, but served a purpose for the Confederate army prior to that date. In 1861, it was converted from a market hall to a recruiting center for the Confederate Army. Supplies, weapons, and orders were given to young Confederate soldiers here.

But how did it become a museum?

In 1899, the United Confederate Veterans gathered in Charleston and decided to create a museum for the Confederacy. This historic hall was an obvious pick. Former Confederate soldiers brought their memorabilia to the new museum, and it has operated continuously since its founding. Photographs, canons, soldier’s memorabilia, and a research library number among the museum’s holdings. It’s an interesting place to visit, and a reminder that there are multiple sides to every story.

Where to Dine While in Charleston, South Carolina

Charleston, SC is quickly becoming one of the most popular food cities in the United States, and that’s not a surprise to locals. The city is home to a surprisingly complex mix of cultures and flavors, which its cuisine happily flaunts. Although there are many great places to dine when you visit Charleston, SC, the following are among our top picks.

Proud of its down-home feel, Hominy Grill is a relative newcomer to the food scene in Charleston, and opened its doors to the public in 1996. From Cracker-crusted Swordfish to Pine Bark Stew (if you don’t know, ask!), there’s no shortage of culinary delights to be found here. Don’t miss the homemade hot pepper jelly with goat cheese and water crackers. It’s a treat you aren’t likely to find up North, but you are likely to love.

A prized jewel in the world of Southern cuisine since its opening in 1990, Magnolia’s is partially responsible for Charleston’s location on the culinary map. This restaurant has been known since its inception as a place where modern cooking techniques and international flair combine with traditional Southern flavor and a dash of hospitality. The results are dishes as fanciful and enticing as Boiled Peanut Hummus and Strawberry Rhubarb Trifle. Let your taste-buds dance their way into Magnolia’s, and enjoy the fact that this innovative dining spot is a great hit with kids, too.

If you’re afraid of the effects Southern food can have on your waistline, head over to Five Loaves Café. A great spot for families, this delightful Charleston, SC eatery offers fresh, healthy dishes with a focus on vegetarian cuisine, and a range of dishes to please meat lovers, as well. Vegans, gluten-free dieters, and almost anyone with special diet requests will feel right at home at Five Loaves Café, but the best part isn’t their diet-friendliness. It’s the flavor. Internationally influenced, with a hint of southern flair, your palate will be pleased when you dine here, and if you’ve got little ones along, they’ll love it, too.

Have you been to Charleston, SC? We’d love to hear your stories. Share them in the comments below. And while you’re at it, show a little Southern hospitality by sharing this article! For more information on a trip to Charleston visit the Charleston tourism board. 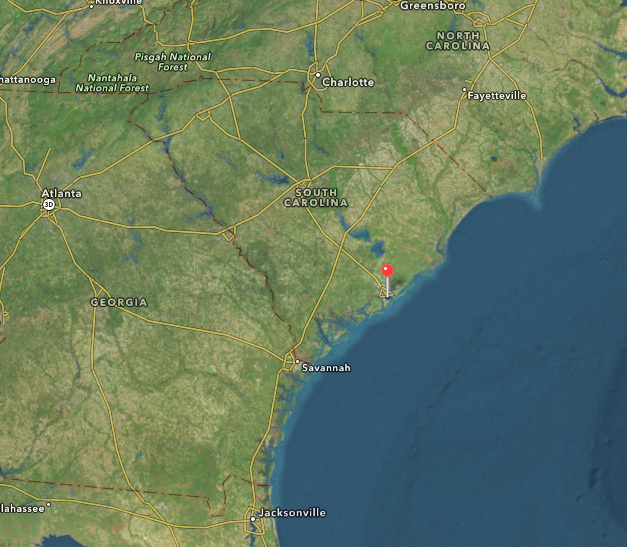 I'm a fan of honest words, clarity, and impact. A writer, editor, and translator, I spend my days guzzling coffee like a champ, living the expat dream, and being mom to world's sweetest preschooler. I’m co-owner and copywriting head at Rusmexus Writers, a history buff, and have a background in international relations.
0 POST COMMENT
NEXT ARTICLE
Port Isabel and South Padre Island, Texas: A little history and a lot of fun
April 3, 2015 - 3:21 pm
PREVIOUS ARTICLE
The Donner Party: Suffering on the American Plains
March 19, 2015 - 3:15 pm