No neighborhood represents the mix of cultures and ideas that created Pittsburgh as well as Oakland. Home to the University of Pittsburgh, Carnegie Mellon University, and Carlow University, the neighborhood is often thought of as the education hub of the city. Beyond books, museums, libraries, and the University of Pittsburgh’s hospital system, a fascinating past lies waiting for curious visitors. Crossing the steep hillsides and ravines of Oakland, sidewalks morph into staircases and streets disappear. One of Pittsburgh’s most unique features is prevalent here – stair streets.

What To Do in Pittsburgh’s Oakland Neighborhood

Oakland is the hub of Pittsburgh’s cultural and educational scenes. Andy Warhol grew up here, as did quite a few famous football players. The neighborhood is packed with theaters, museums, libraries, universities, parks, and places to explore. I’ve picked a few of my favorites to share with you.

I first stumbled on these hidden walkways as an undergrad, living in the heart of Oakland. A dilapidated street sign seemed to signal that the staircase was more than a set of steps leading nowhere – and I decided to explore. Hidden off any drivable road, a row of houses stood, their wooden frames sagging with age. The homes were built before modern engineering techniques made every destination accessible.

The 712 staircases that decorate Pittsburgh’s hills were constructed before the rise of the automobile. These “paper streets” – thus termed for their uncanny habit of looking like ordinary streets on a map – set Pïttsburgh apart as the city with the most urban staircases in the US. They’re also stunningly beautiful for most of the year. If you enjoy a leisurely hike, check out the staircases leading from Romeo and Frazier Streets in Oakland to Bates St., or the staircase that connects Joncaire St. with the University of Pittsburgh Art Gallery, across from the Carnegie Library’s main location, between the University of Pittsburgh and Carnegie Mellon University campuses.

Check Out The University of Pittsburgh’s Cathedral of Learning

The second tallest university building in the world – beaten only by Moscow University’s tower – the Cathedral of Learning is an intriguing mix of architecture. The first few floors could be confused with Hogwart’s from the Harry Potter series, courtesy of the striking Gothic architecture of the Commons Room on the first floor and the wildly different and captivating interiors of the 29 nationality rooms on the first and third floors. Although open for tourists, these classrooms are in active use, as is the Commons Room.

The Cathedral of Learning is clearly visible from most parts of the city, and is the hub of campus life at the University of Pittsburgh. It also houses the occasional art exhibit, and appears in novels, movies, and TV shows. 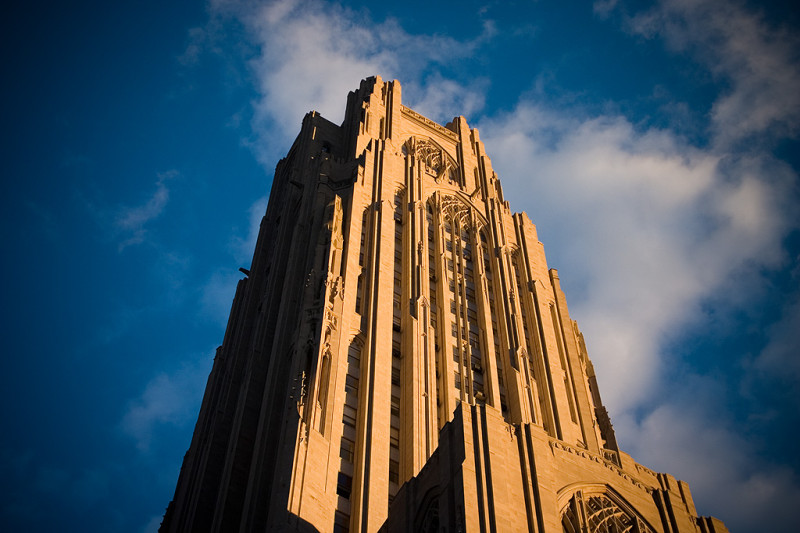 Meander Through History in Schenley Park

Pittsburgh houses one of the largest urban forests in the United States, and 42% of the city is covered by trees. Schenley Park, one of the city’s largest dedicated green spaces, has a romantic history. The park was originally named “Mt. Airy Tract” and was the property of General James O’Hara. When the general died, he willed the land to his granddaughter, Mary Elizabeth Croghan, who was still a young child. At age 15, Mary created a scandal, eloping with English Captain Edward Schenley, who was 43 years old at the time. Mary’s father was livid. He fainted and suffered a minor stroke after learning of his daughter’s elopement. When he regained his senses and his strength, he battled her claim to the Mt. Airy Tract in court – and won. 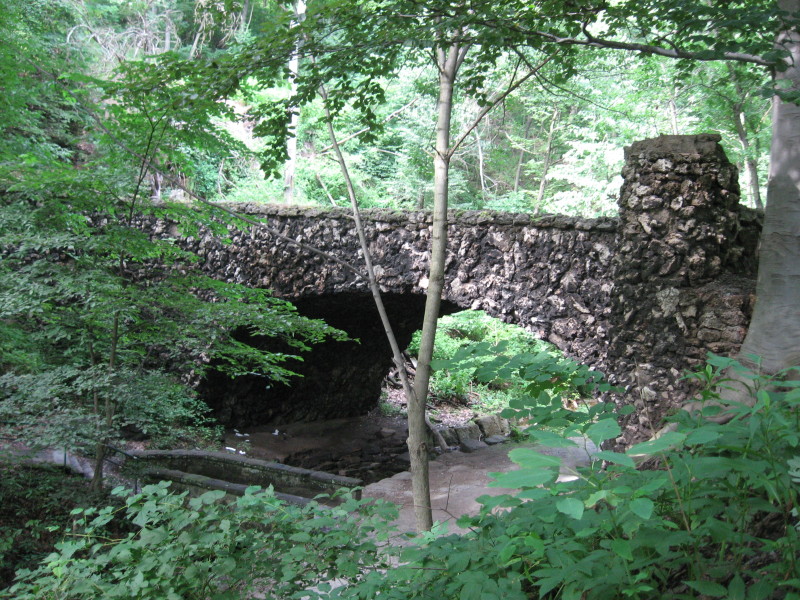 Mary’s elopement was Capt. Schenley’s third, but it proved fruitful. The couple had children, who later won the heart of Mary’s estranged father. To welcome the Schenleys to his home and make peace, he built an addition to his home, now called the Schenley Mansion, and when he died, the Mt. Airy Tract returned to Mary’s ownership. She sold 300 acres of the property, and an option to purchase 120 more to the city of Pittsburgh with two conditions: that her name be given to the park, and that it never be sold.

Today, Schenley Park is a far cry from the sculpted gardens it housed in the early 1900s. An urban forest, crossed by numerous trails, it is one of Pïttsburgh’s most popular parks. I spent many fall afternoons hiking through the park, and ran into animals of all sorts – deer, rabbits, birds, and even groundhogs. The park contains buried pieces of history, including an old bridge that is the subject of urban legend. Wild raspberries are plentiful, and make a great afternoon snack on a hike. Like many urban parks, Schenley Park offers many recreational facilities for visitors, as well.

Touch the Remnants of Forbes Field

Baseball fans, there’s a scavenger hunt afoot in Pittsburgh for you. Although the field itself was demolished in 1971, pieces of Forbes Field still stand, and artifacts from the stadium can still be found in their original locations around the campus. If you aren’t looking for them, you’ll never notice the flagpole or the preserved red brick wall from the original stadium. Imagine standing on the same home plate where Jackie Robbins played and the first Pittsburgh Pirates team gained its fame. Look inside Posvar Hall at the University of Pittsburgh, and next to the Katz School of Business. You’ll find history waiting for you. 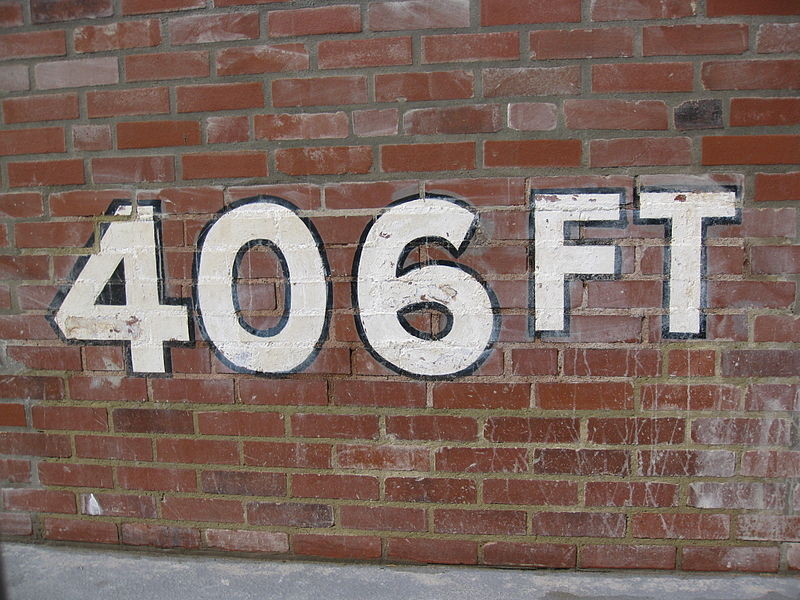 Open Your Mind at the Phipps Conservatory

Located on the edge of Schenley Park, Phipps Conservatory is a Victorian greenhouse that is open to the public. The conservatory has been in operation since 1893, and is listed on the National Register of Historic Landmarks. Offering a mix of old and new, Phipps Conservatory housed a Chihuly glass exhibit, promotes green building and sustainable gardening, and hosts a yearly spring flower show that draws thousands of visitors. The conservatory’s gardens represent numerous habitats and offer everything from orchids to Romero the Corpse Flower. 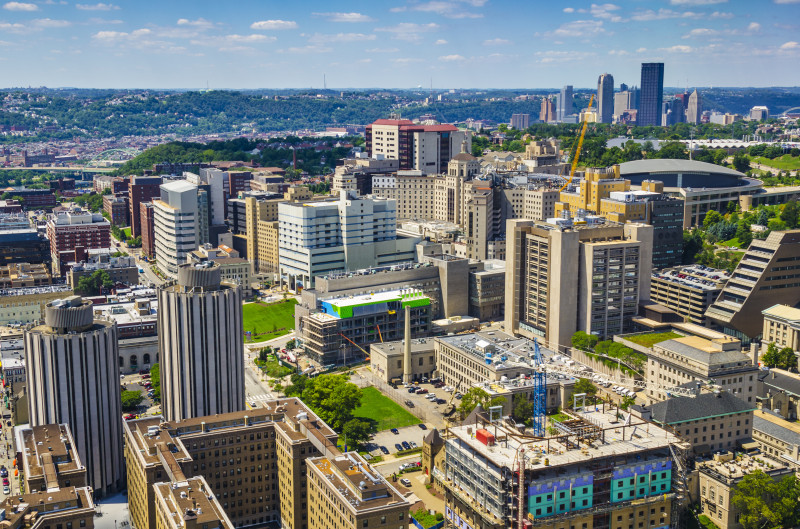 Where to Eat in Pittsburgh’s Oakland Neighborhood

Looking for a bite of Pittsburgh’s local cuisine? A top culinary city, Pittsburgh is home to a Le Cordon Bleu campus, and several other culinary institutions. The food is unbeatable. Don’t be afraid to dig into the local fare. It’s worth every bite.

Once home to food trucks and Sammy the hot dog salesman (who, by the way, made the world’s best grilled chicken and homemade barbecue sauces, too), Oakland has gradually said goodbye to street food in favor of some unique and delicious eateries. You won’t want to miss these three stops during your visit…

Homemade Italian cuisine, house wines, and affordable prices in a 1950’s era setting are Joe Mama’s trademarks. Late night specials keep this place busy until the early morning. Patrons include local students, professors, and anyone who loves a decent portion of pasta. Joe’s a bowler, and if you look carefully, you’ll see his trophies scattered among the ample memorabilia on the walls.

This novel concept on good eats is awareness-raising in disguise. Run by a nonprofit, Conflict Kitchen only serves food from places that are in conflict with the United States. Afghanistan, Cuba, North Korea, and Venezuela have all been on the menu. If you like your food with a lesson, this is a great place to visit. The Conflict Kitchen hosts occasional cultural events, too.

Imagine a sandwich stacked with the usual fixings, meats or proteins of your choice…and French fries. Pittsburgh’s Primanti Brothers are famous around the city for their unorthodox sandwiches and huge portions. You can get extra fries on the side, but expect a hefty portion on top, too. This one-time mom and pop shop began in the 1930s in Pittsburgh’s Strip District, and is in the process of expanding nationally.

For more information on a trip to Pittsburgh, Pennslyvannia head to www.visitpittsburgh.com 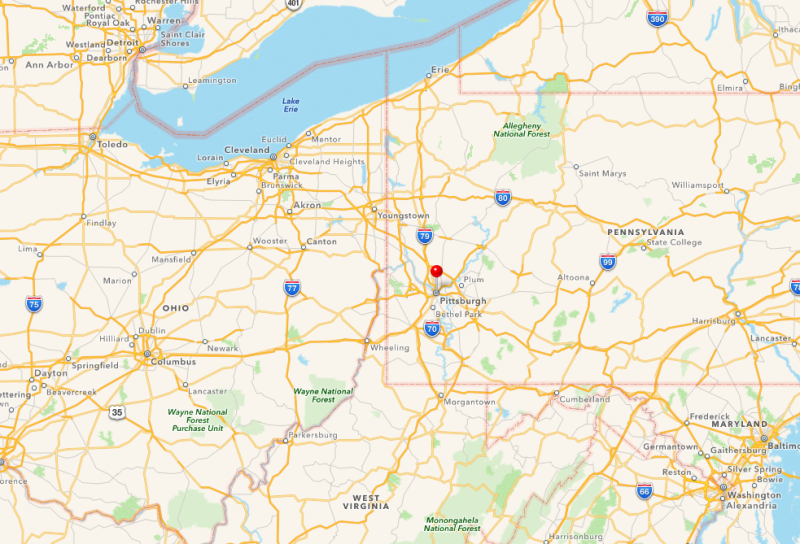 All photos courtesy of dollarstockphoto.com or wikimedia commons unless otherwise attributed.

I'm a fan of honest words, clarity, and impact. A writer, editor, and translator, I spend my days guzzling coffee like a champ, living the expat dream, and being mom to world's sweetest preschooler. I’m co-owner and copywriting head at Rusmexus Writers, a history buff, and have a background in international relations.
0 POST COMMENT
NEXT ARTICLE
End of an Era; The Last time We Left Orbit
October 8, 2014 - 6:30 pm
PREVIOUS ARTICLE
Palm Springs, California: Hollywood Legends and Family Fun
October 2, 2014 - 1:40 pm