/ Quick History / End of an Era; The Last time We Left Orbit

33 minutes after midnight, a Saturn V rocket carrying the crew of Apollo 17 launched into the night sky. Its liftoff from Kennedy Space Center that night began the last flight of the Apollo era. Mission commander Eugene A. Cernan would be the last American to stand on the moon and ’17’ would be the last flight on which Americans would leave low earth orbit. Apollo 18, 19 and 20 would be cancelled due to budget cuts. The hardware for those flights had already been built, but the operational budget for those missions was no longer available. Although the Apollo program had been cut short of its original duration, NASA had begun planning to use the surplus Apollo hardware, including the Saturn V, IV-B, IB and the Command/Service Module to build and service America’s first space station. 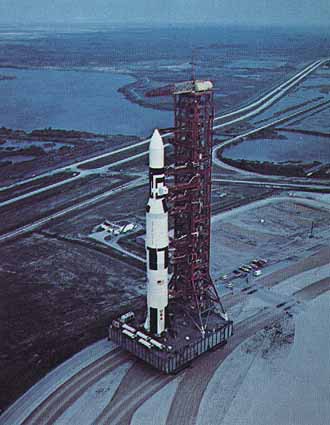 Skylab – Our Home in Space

Skylab served as America’s home in space from 1973 to 1979 as it circled our planet in low earth orbit. It provided NASA an orbital workshop to conduct science experiments and featured a solar observatory to conduct observation of the Sun, not possible from Earth.

SA-513, the Saturn V launch vehicle originally slated for Apollo 18, carried Skylab, a Saturn V rocket stage that was converted by McDonnell Douglas from the body of a rocket to an orbital workshop, into orbit on May 14, 1973. Skylab’s debut was not without problems. Damage to the station’s solar panels occurred during launch, largely limiting the stations electrical supply, thus rendering the station incapable of controlling the temperature inside.

The first of 3 manned missions to the station was a rescue mission to repair Skylab’s damaged systems before the temperature inside the station became high enough to destroy critical systems. NASA engineers designed a giant parasol that SL-2 mission astronauts would deploy over Skylab to shield it from the sun, thus reducing temperatures. The first repair mission in space was a success and the stations temperature were brought within acceptable limits before irreparable thermal damage inside the station could occur. Further spacewalks during the mission repaired damaged solar panels, bringing the station to life.

SL-2 mission commander Pete Conrad and his team saved the disabled Skylab space station. He also commanded Gemini 11 and was the 3rd man to walk on the moon. He was awarded the Congressional Space Medal of Honor by President Jimmy Carter.

Over the next few years, crews would spend 143 days in low earth orbit aboard Skylab. Experiments on the effects of microgravity on the human body, studies of solar activity and dozens of other scientific studies would further our knowledge of space and teach NASA the basics of living in space for an extended period of time. At the end of the final manned mission to Skylab in 1974, the station was abandoned, however 180 man-days of water and 420 man-days of oxygen remained on the station. As the crew departed the station, they removed the inner locking pin from the air-lock hatch, efectively leaving the door unlocked for future visitors. 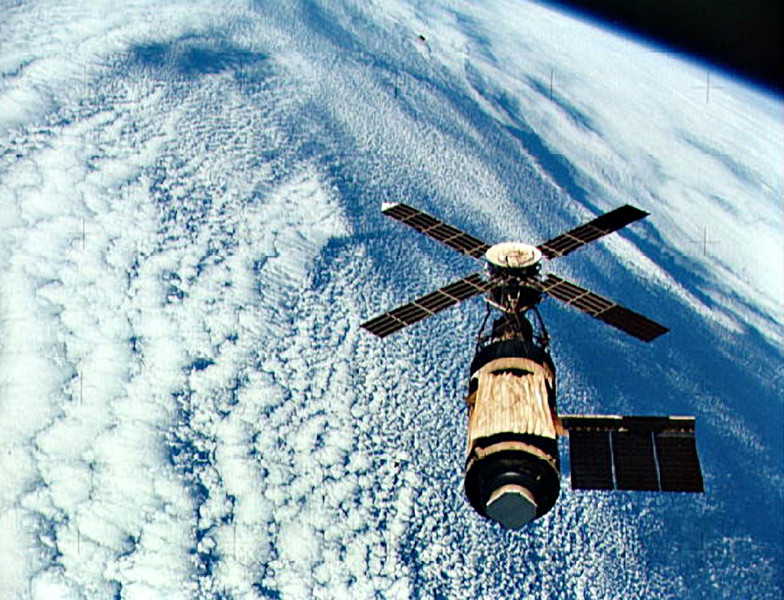 On July 11, 1979, the abandoned station’s orbit had decayed to the point where it began to re-enter the Earth’s atmosphere. Although the CSM of the final mission to the station had boosted Skylab to an altitude of 269 x 283 miles, unpredictably high solar activity cause the orbit to decay faster than anticipated. While the majority of the station was incinerated by this uncontrolled atmospheric reentry, larger parts impacted the Earth in the southern Pacific and in remote parts of Australia. The demise of Skylab marked the end of America’s first home in space, but before long, the global scientific community would embark on a far more ambitious journey.

On July 25, 1984, President Ronald Reagan, as part of his State of the Union Address, directed NASA to establish an international space station within the next 10 years. The resulting project would arguable be the most expensive single object ever built. By 2010 the ISS is estimated to have cost over $150 billion. 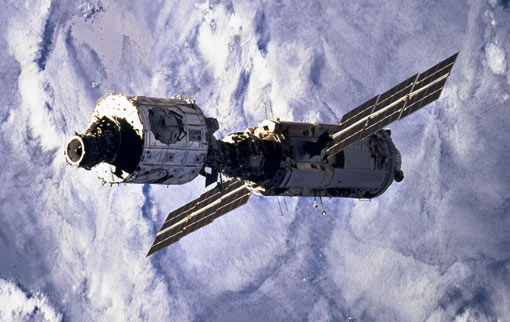 In 1998, the Russian capsule, Zurya, launched aboard a proton rocket. It would be the first segment of what would soon become the International Space Station (ISS). Over the next decade, space station construction would take place around the globe via the unprecedented cooperation of space agencies in the USA, Canada, Japan, Russia and various European partners. The ISS is a truly global effort. Its modular design allows capsules and components to be built on different continents and be joined in orbit.

Months after Zurya’s launch, later in 1998, the space shuttle Endeavour carried the first US module, Unity, to orbit. It would serve as 1 of 3 connecting modules; part of the backbone of the station. In July of 2000, Russian module, Zvezda, was launch. Once connected to Zurya and Unity, Zvezda supplied critical systems that made the station habitable for the first time. 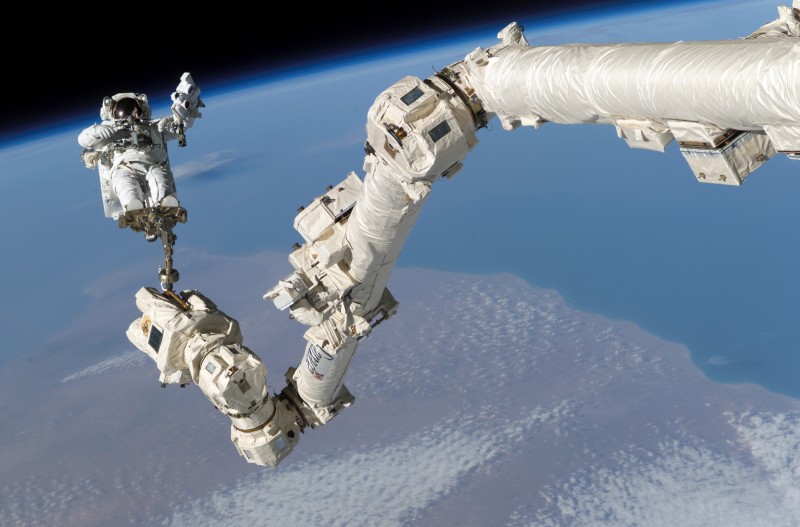 Construction on orbit continued for more than a decade, supported largely by the space shuttle’s ability to lift heavy loads into space, manipulate their orientation with its robotic arm and the crew’s ability to complete construction tasks via extra vehicular activities.  The last pressurized module of the United States Orbital Segment of the ISS was delivered by the space shuttle Discovery on her final mission (STS-133). Today the ISS has over 15 pressurized modules and a total gross mass of over 900,000 lbs. It consists of science modules, pressurized hatches for spacecraft docking and EVAs (spacewalks), crew areas, large solar arrays for power generation and the Canadian robotic arm (Canadarm2) for construction operations and EVAs, just to name a few of its many components.

An international crew resides on station at all times. The station has been manned continuously since November 2, 2000. Although the space shuttle no longer flies to the ISS, several vehicles travel to space to support the station. Russian Progress and Soyuz spacecraft have made almost 100 flights to the station. Other visitors include the European ATV, Japanese  Kounotori ‘White Stork’, SpaceX Dragon, and OSC Cygnus spacecraft.

An End in Sight?

While the ISS has proven to have great scientific value, the future of the station is somewhat uncertain. Although funding for the US segments of the station has been allotted until 2024, tensions with partner countries may lead to the international partnership ending in 2020 or sooner. The Russian space agency has plans to use modules from the ISS for a new Russian space station in the next decade. Regardless of when it happens, the ISS will eventually reach the end of its designed life-cycle. The Zarya module began construction in 1994. Components that are more than 20 years old will eventually become more likely to fail. When the ISS mission is completed, 1 of 3 things will happen. Either an uncontrolled reentry into the Earth’s atmosphere, like Skylab, a controlled reentry, like Mir, or a boost to a higher / stable orbit. Perhaps some of the components of the station will remain in orbit in a second-life, as a refurbished / re-imagined home in low earth orbit.

To learn more about our space program check out our pilot television episode on the Florida’s Space Coast.

10 Facts That Make Pluto worth Obsessing Over