The history and the culture of St. Petersburg, Russia is worth seeing.
Christina Boyes on October 16, 2014 - 3:07 pm in Historical, Places to visit

Imagine a world where in winter air turns your breath into iridescent drops of ice as soon as you exhale. A place where the cold isn’t bitter – it’s inviting, but bone-bitingly fierce. The sky stays a pale blue, even near midnight, and the natural beauty is intoxicating. In spring and summer, whit birch, tall grasses, and flowers of all kinds jump to life, blooming abundantly and boasting branches that are heavy with greenery.

St. Petersburg, Russia is that place.

Founded in 1703, St. Petersburg is a young city. Its history is peppered with intrigue, spiced with royal splendor, and topped off with the ghosts of World War II, making this destination rich in culture and adventure, despite its age.

History hasn’t been kind to St. Petersburg (nee Leningrad) residents. The first inhabitants were ordered to live in what was then a frozen wilderness in winter and a coastal marsh in summer. Peter the Great dreamt of incorporating aspects of Western Europe that had captivated him into the city. The most impressive is Peterhof, a palace near the city that is largely a copy of the French Palace of Versailles. Surviving the climate was a challenge that created more than a city, however.

It prepped the population to thrive during war. Peter the Great. Photo via wikipedia.

In WWII, when Germany invaded Russia, Hitler decided to strangle the city in what is now known as one of the most vicious and deadly sieges of all time. Nazi forces surrounded the city, preventing residents from accessing food and supplies. Coal and oil supplies were extinguished, and the winter cold froze water pipes, cutting off access to drinking water. The city was held in this state for nearly three years, and over 1 million people died. As a result, memories of the war and feelings about it are strong here. St. Petersburg’s culture is a mix of regal, socialist, and survivalist influences, stemming from the city’s short but intense past. Ghost stories are often interwoven with history, and in some places past and present blend almost seamlessly. Visit the museums, palaces, and churches of the city, but don’t miss the sites below. They open a window to St. Petersburg’s soul; a beautiful and tortured creature, inextricably intertwined with the city’s past.

What to Do in St. Petersburg

Sure, you can visit the usual spots – the Hermitage, Peterhof, Tsarskoye Selo (now called Pushkin), the metro…eventually, you’ll get tired of the palaces and regal settings. They’re undeniably gorgeous, but if you really want to see St. Petersburg in all its glory, you have to step away from the guidebook. Seriously. Put it down, pretend it doesn’t exist, and explore. The places on this list walk the thin line between tourist attraction and local hangout, while offering you a chance to see the St. Petersburg most visitors miss. 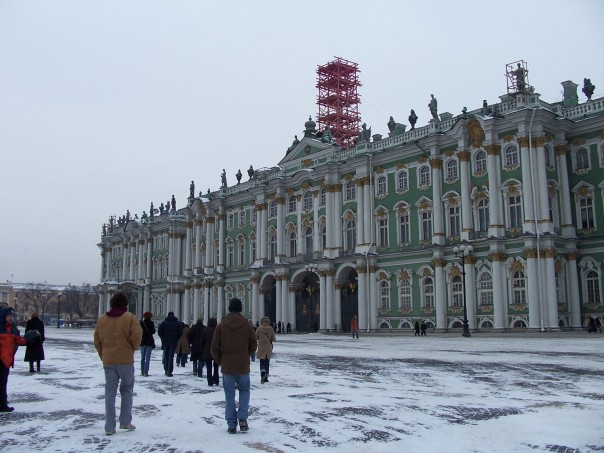 The Hermitage. Photo by Christina Boyes.

Every city has a different feel – in St. Petersburg, regardless of the climate, you can tell that the city is made for walking. Cobblestones, elaborately decorated bridges, and elegant architecture can be found everywhere. If you pay close attention, you’ll also notice the city’s secret courtyards. Tucked down side alleys or between buildings, and occasionally locked, many are elaborately decorated. The Mosaic Courtyard is particularly beautiful, and was decorated by students of a local art school.

An evening stroll through residential neighborhoods often yields another treat. The city is populated by secret clubs and bars, jazz hangouts, and cafes. Don’t be afraid to step inside – the music is usually excellent, as are the drinks. NikO, Red Fox, and the JFC Jazz Club are among the city’s best. I love the JFC Jazz Club – cozy, unpretentious, and centered on the music, it’s the perfect jazz hangout.

Before listening to a friend play a guest concert at this tiny museum, I had no idea who Rimsky-Korsakov was. He’s not my favorite composer. The apartment museum that bears his name is one of several smaller museums in the city, and allows visitors to experience what the home felt like during the composer’s lifetime. If you ask nicely (and have a little musical training), and the museum may let you play his piano.

Designed to look like a boat, and following Peter the Great’s personal style, this fortress was first a defense feature and later a prison. Reportedly haunted by the ghost of Countess Tarakanova, who died within its walls, the Peter and Paul Fortress includes an impressive sea-facing wall equipped with cannons and accounts of military history, a mint, a museum dedicated to the study of the Neva wall, a large and striking church with a maritime feel, and the occasional art exhibit, among other attractions. The definition of Russian kitsch – but well worth seeing – this miniature model of Russia has more than 1,000 figurines of people, as well as moving cars and trains. Crafted with extreme attention to detail, it claims to be the largest miniature model in Russia.

In this cemetery park, the air is heavy with sadness. I remember visiting it shortly after Den’ Pobedii (Victory Day) in 2006. Visitors with flowers came and went, Shostakovich’s 7th Symphony played over a loudspeaker system near the entrance, and could be heard throughout the park. Nearly 500,000 people are buried in this cemetery, many in mass graves – their bodies never identified or claimed by family members.

Wreaths presented by international leaders decorated the entrance when I visited; testifying to the alliances forged during the WWII. Although a cemetery, the site is also a park, and is frequented by area residents. You can feel the sadness here, and understand the sacrifice made by the city’s inhabitants during the war. A lesson in history, and a hauntingly beautiful space, Piskaryovskoye Memorial Cemetery is a place visitors don’t easily forget.

Mother Motherland Statue at the cemetery. Photo via wikipedia.

As old as St. Petersburg itself, the Field of Mars is now home to an eternal flame that honors the city’s historical sacrifices. Late at night, the flame is a place where the young people of St. Petersburg hang out. The field itself is a large meadow with nearly symmetrical pathways. The eternal flame at its center was the first in Russia. Field of Mars. Photo via wikipedia.

I am a fan of good opera, but it can be hard to find. Mariinsky Theater does not disappoint. In 2006, at the performance of Eugene Onegin, I was captivated by the music. The performers made the opera come to life, and the minimalist, modern backdrops added to the opera’s strength. The performance hall was a site to behold, as well.

The theater was built in 1783, and has offered performances to the public for over 200 years. During that time, many international and Russian greats have graced its stage. Equally as prestigious as its Muscovite cousin, the Bolshoi Theater, the Mariinsky Theater is home to one of the world’s best ballet companies and opera companies.

Where to Eat While You are out walking St. Petersburg’s streets?

One of the most cosmopolitan cities of Russia, you are sure to find a delightful selection of sweets, treats, and foods in St. Petersburg. Most dine-in eateries in the city’s center offer English menus and English speaking staff, as well as a selection of international dishes. Eating outside here is a treat, too – grab a bite on the go and sit in one of the many parks and gardens to enjoy your meal.

Two of Russia’s responses to fast food are Yolki-Palki and Teremok. Perfect for reasonably healthy fare at a quick pace, eat here to try Russian cuisine without paying a fortune.

Named after a Russian idiom meaning “crap!” and a Soviet era film of the same name, this franchise offers a quick tour of Russian home cooking for foreign visitors, and a taste of home for locals. The buffet is an excellent option if you don’t feel like waiting and you want to try a little bit of several traditional dishes.  Best of all, the price is more than accessible for most budgets.

Fittingly named after the Russian fairytale about a tiny hut in which many forest creatures go to live until the hut collapses when a big bear tries to join the crowd, Teremok began as a street kiosk chain that offered blini (crepes) in sweet and savory fillings. Many of the blini are named after famous Russian fairytales or folk heroes. The chain has plans for expansion to the United States by the end of 2014, and has expanded from street stands to sit-down eateries. The menu has grown since my days in St. Petersburg as an exchange student, as well – in 2006 there were approximately twenty flavors to choose from. Today, the menu includes a wide variety of traditional cuisine at affordable prices.

Here’s some pics from my trip. 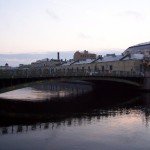 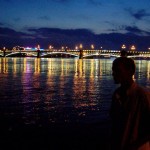 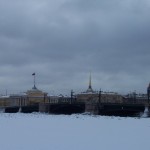 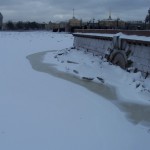 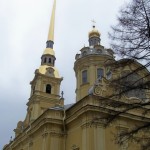 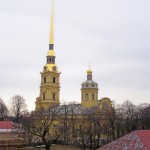 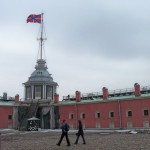 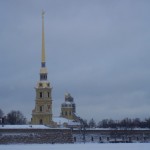 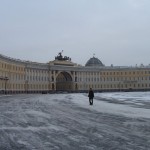 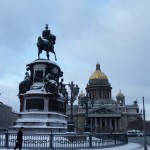 Health and Safety in St. Petersburg

Visitors to St. Petersburg are often awed by the city’s charm and culture. Be careful while traveling here, however. There is a strong xenophobic atmosphere in some parts of the city, and despite its WWII history, the city is home to several skinhead gangs that are known for violent behavior.

Avoid drinking the water – it isn’t potable. Brush your teeth with bottled water, too.

Watch out for falling icicles. In winter and spring, large icicles fall from the tops of buildings and can cause potentially fatal injuries.

For more information on a trip to St. Petersburg visit www.saint-petersburg.com. 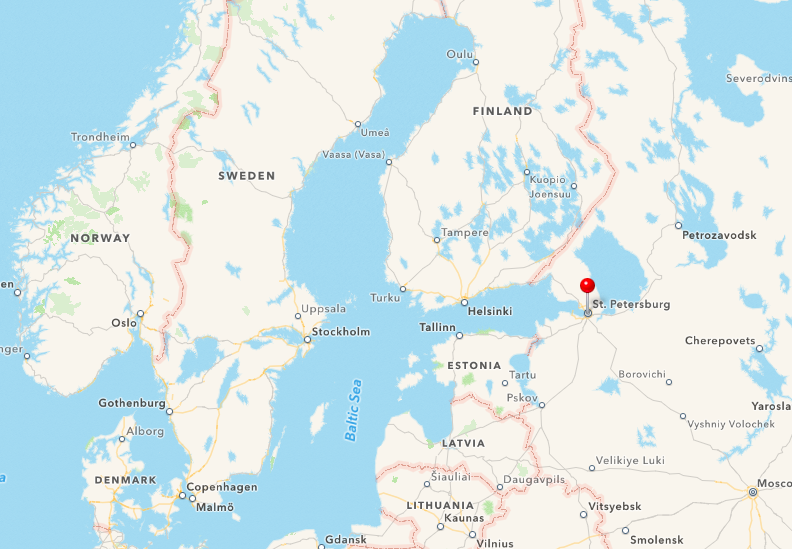 I'm a fan of honest words, clarity, and impact. A writer, editor, and translator, I spend my days guzzling coffee like a champ, living the expat dream, and being mom to world's sweetest preschooler. I’m co-owner and copywriting head at Rusmexus Writers, a history buff, and have a background in international relations.
0 POST COMMENT
NEXT ARTICLE
Baltimore, MD: Star-Spangled History
October 20, 2014 - 7:00 pm
PREVIOUS ARTICLE
End of an Era; The Last time We Left Orbit
October 8, 2014 - 6:30 pm