Sacramento is a gorgeous city, with a lot of fun attractions and interesting sights to visit. Sacramento is the perfect place for a Northern California getaway, whether it's for the week or for a few days.
Brandon Speakman on April 29, 2020 - 3:32 pm in Featured Cities, Historical

Things to do in Sacramento, California

Sacramento is a beautiful Northern California city with plenty of activities to take part in. The city of Sacramento is proud to have numerous historic landmarks; related to the early government of California, as Sacramento is the State Capital of California. Sacramento is a fun city to explore and is full of interesting museums, art galleries, historic parks, old movie theaters, picturesque rivers, impressive bars and unique restaurants.

For thousands of years, Nisenan (Southern Maidu), Modoc and Plains Miwok Native Americans lived in Sacramento. The Nisenan, Modoc and Plains Miwok Native Americans didn’t leave much behind that gave information regarding how they lived. However, it is known that their diet consisted of acorns, fruits, bulbs, seeds, and roots, which came from the high number of oak trees in the area. 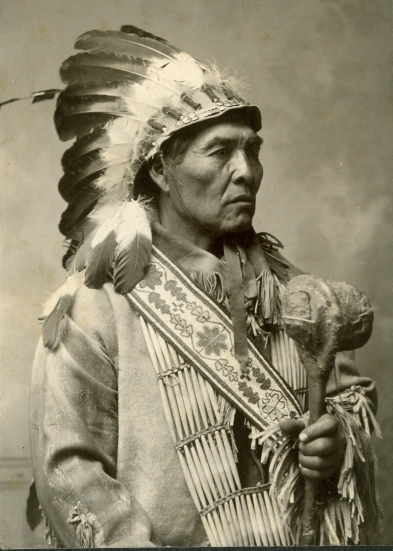 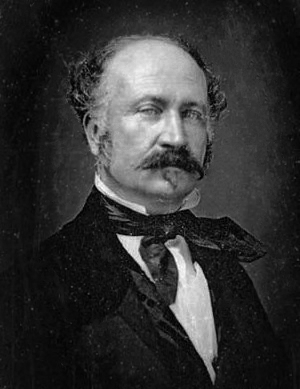 The city was originally called “Sacramento City,” named after the Sacramento River. Sacramento became an “overnight success” for John Sutter Jr., which caused John Sutter Sr. a lot of anguish as Sutter’s Fort, Sutter’s Mill and the town of Sutterville, (all founded by John Sutter Sr.), were all unsuccessful in the long run. 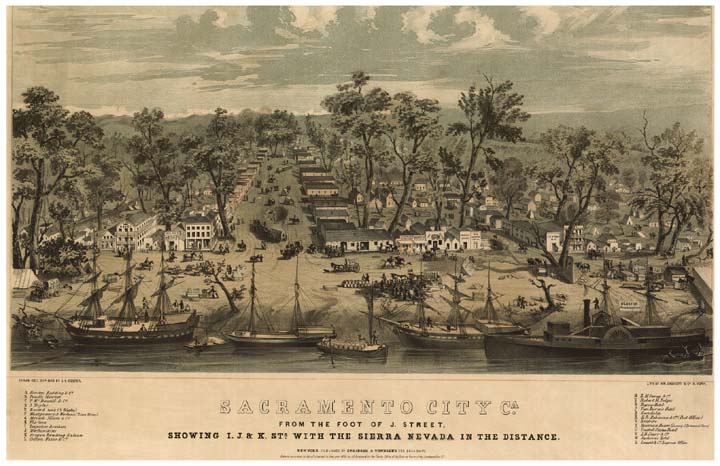 Sacramento was incorporated as a city on February 27, 1850, and today, is “the oldest incorporated city in California.” Sacramento would eventually become “the western end of the Pony Express.” Sacramento became a charter city in 1920. Recently, Sacramento has seen a boom in population, with people from the Bay Area looking for cheaper housing and with millennials. Sacramento is a great California city to visit on your next family vacation. 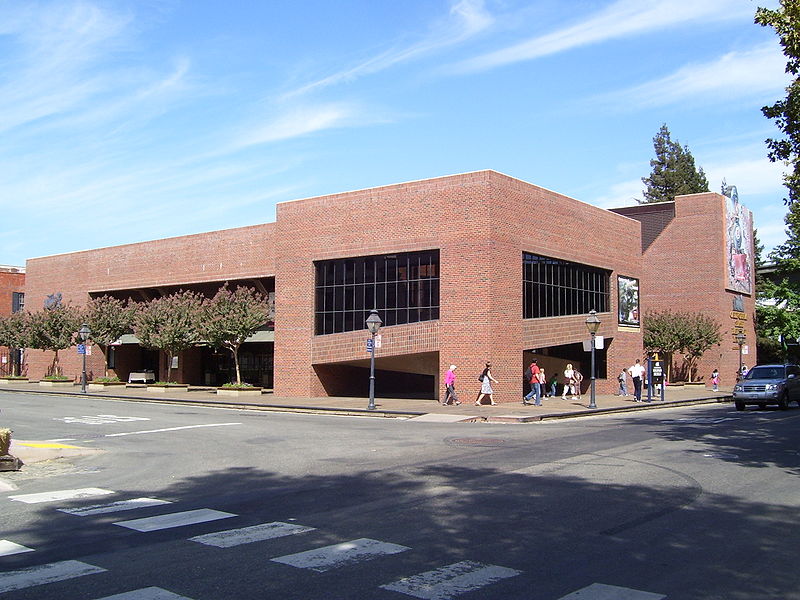 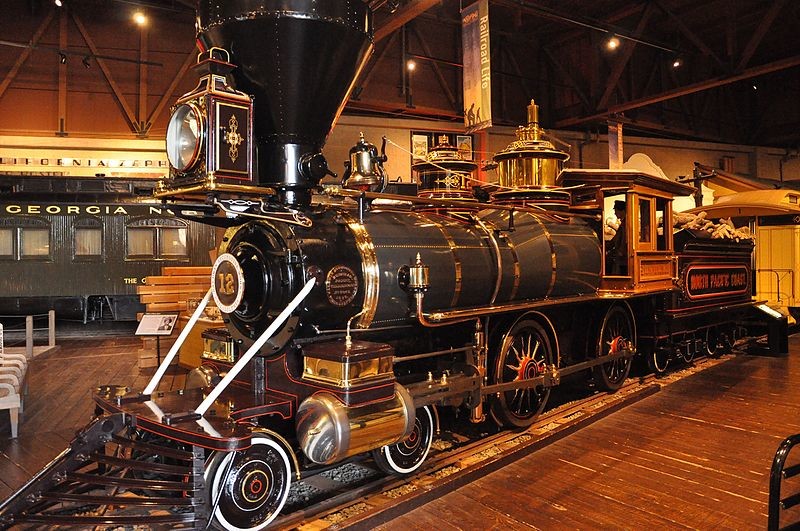 Next to the main museum building is a restored 1870s-era Central Pacific Railroad passenger station and freight depot on Front Street. The freight depot is home to “historic and contemporary railroad equipment.” Between April and October each year, the Sacramento Southern Railroad takes passengers on a 40-minute round trip train ride that goes along the Sacramento River on a section of the Walnut Grove division of the former Southern Pacific Railroad. The California State Railroad Museum in Sacramento is an exciting museum to visit, especially for train and railroad enthusiasts. The California State Railroad Museum is TripAdvisor’s #1 recommended attraction to visit in Sacramento. 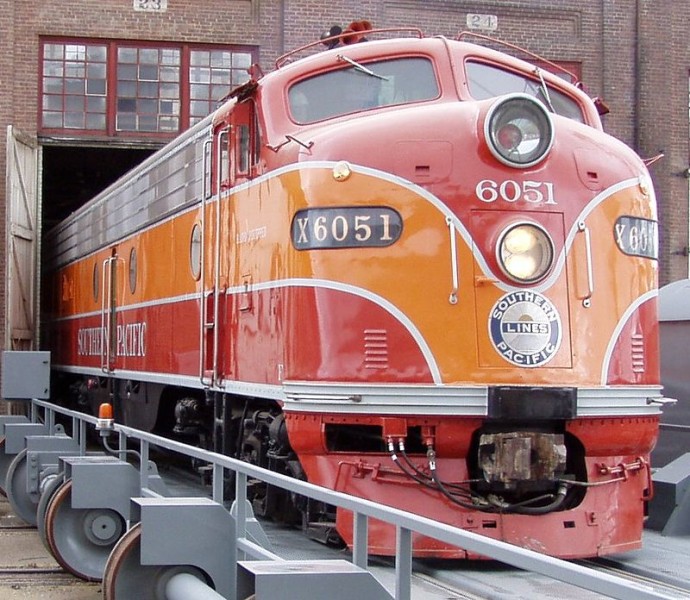 Edwin B. Crocker, a wealthy California lawyer and judge, and his wife Margaret Crocker, founded The Crocker Art Museum in 1885. The idea of a museum came about when the couple started to collect paintings and drawings, during an extended trip to Europe between 1869 and 1871. 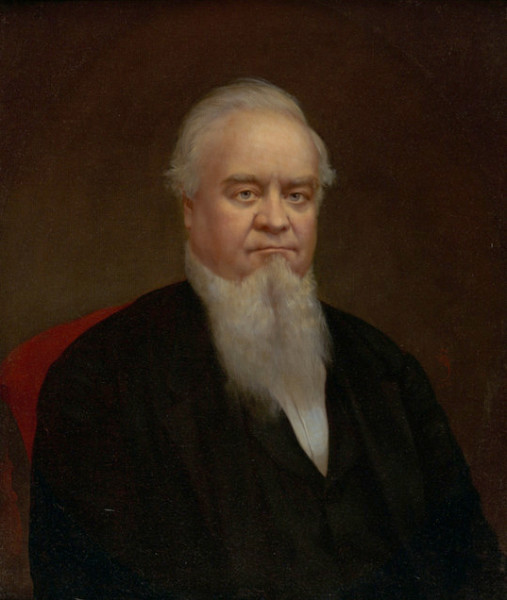 When the Crocker’s returned to Sacramento, they decided to set up an art gallery in their home at the corner of Third and O Streets, showcasing all the art they had brought back from Europe. The gallery became very popular and eventually became a place where benefits and other activities where hosted by local organizations.

Vintage image of the Crocker residence from 1880. The residence would later become part of The Crocker Art Museum Photo Courtesy Wikipedia 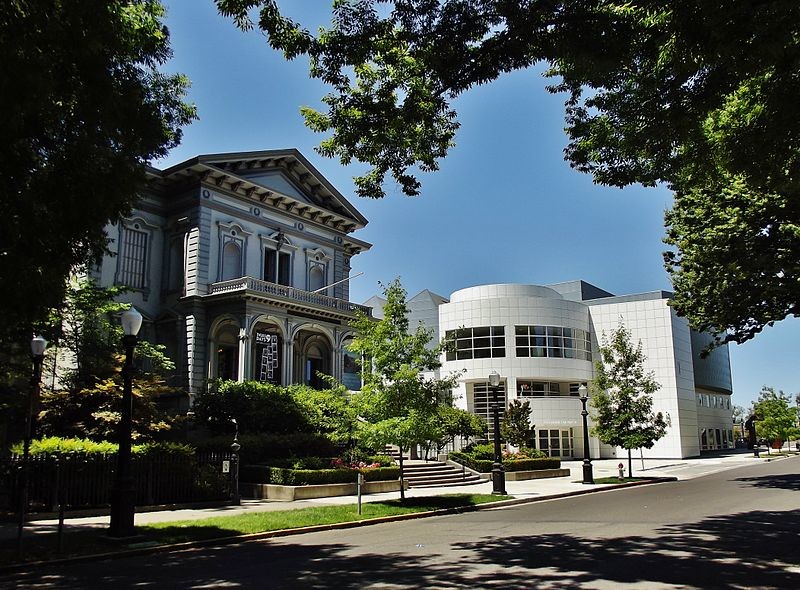 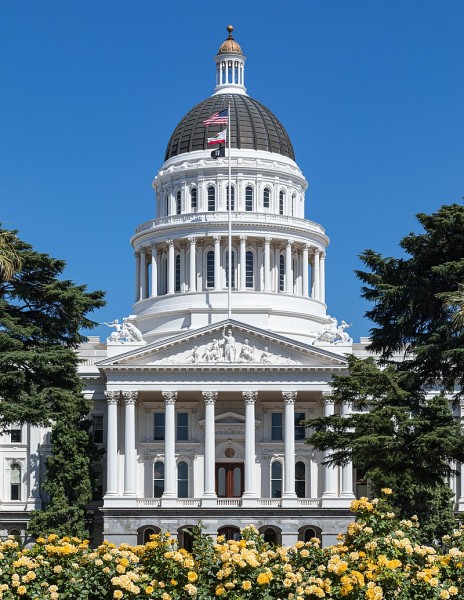 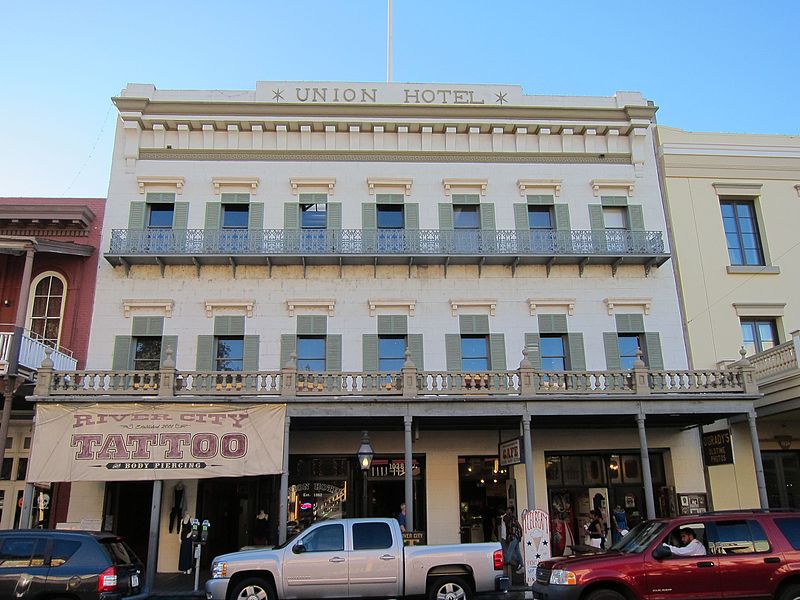 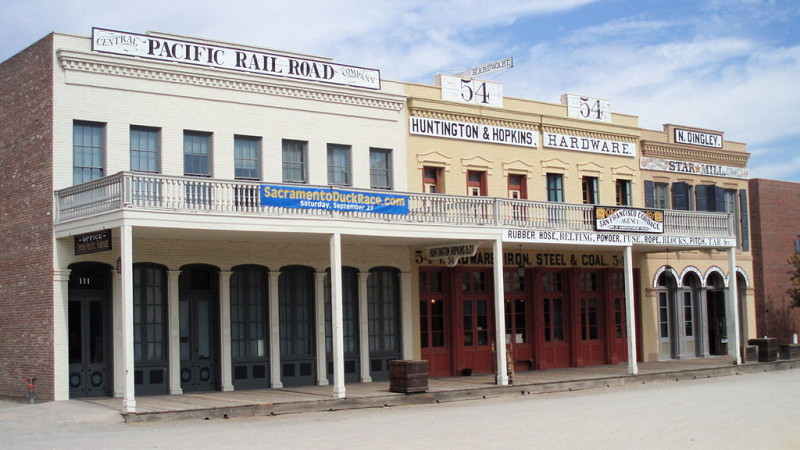 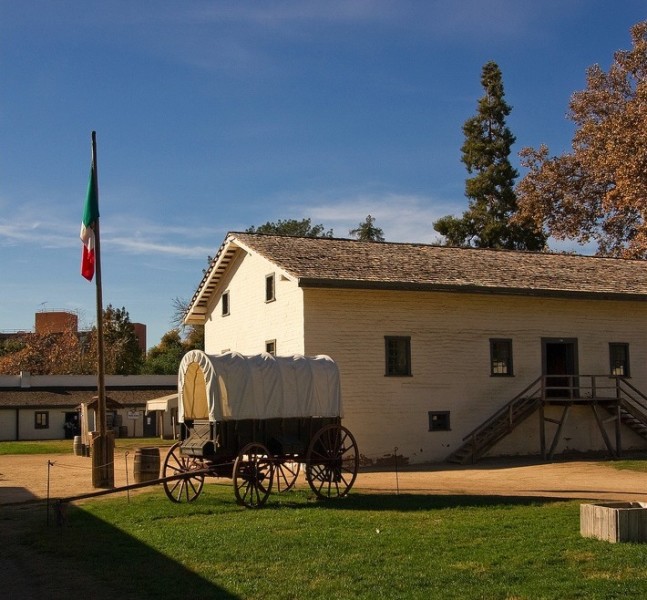 The Tower Theater was built in 1938 and is described as a “Sacramento landmark that is the oldest remaining, continuously running picture palace.” The Tower Theater is located in Sacramento’s Broadway District and is proud to have screened film premieres from local Sacramento filmmakers, such as Colin Hank’s film “All Things Must Pass: The Rise and Fall of Tower Records” in 2015 and Greta Gerwig’s Oscar-nominated film, “Lady Bird” in 2017. The Tower Theater is also proud to offer craft beverages and appetizers on its premise. The Tower Theater is an exciting venue to visit and is a great place to check out new indie films.

The Crest Theater, located in Downtown Sacramento, is another one of Sacramento’s historic theaters. The Crest Theater opened in 1912, as a “vaudeville palace” and was known, at the time, as the Empress Theater. The Empress Theater was later known as the Hippodrome theatre. In 1949, the Hippodrome theatre was remodeled, after the marquee of the theater fell onto the pavement below. 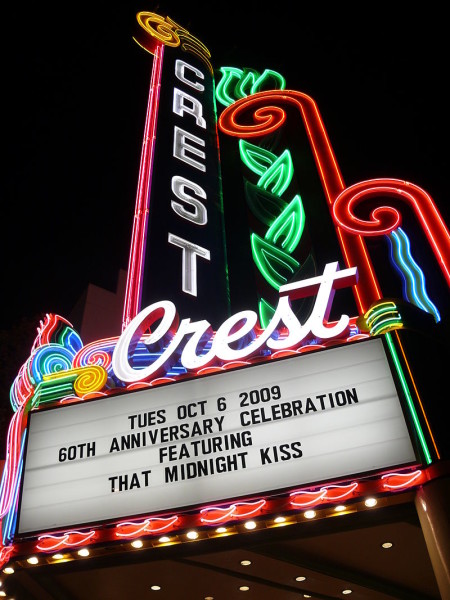 The restored Crest Theatre on it’s 60th anniversary – showing the same film as it did on opening night October 6, 1949. Photo Courtesy Wikipedia 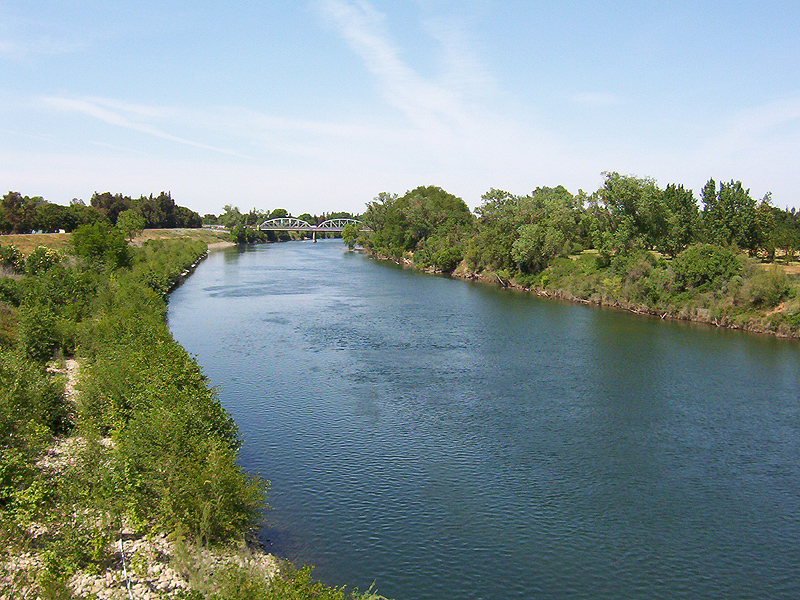 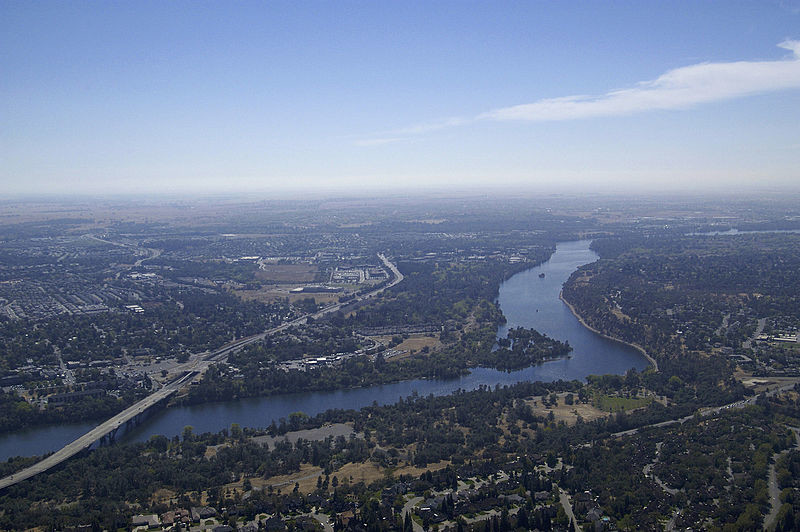 SactoMoFo is an exciting public event, where local food trucks come together and share different types of tasty foods and desserts. SactoMoFo happens a few times each week throughout Sacramento’s city limits. The food trucks of SactoMoFo are out of this world and all have their own type of unique twist on classic foods. Some of the most popular SactoMoFo food trucks include Chando’s Tacos, Cowtown Creamery, Krush Burger, Mac Daddy Island Grill, Nash and Proper, Smokin’ Ewe BBQ, and Taco Loco. SactoMoFo is a great place to have a tasty meal and mingle with Sacramento locals. Some of Sacramento’s food trucks have even opened up permanent restaurant locations (like Krush Burger in Roseville, California.)

Kupros Craft House is a popular bar and restaurant in Sacramento’s downtown area. The building that houses Krupros, was built in 1910 and used to be a vintage/costume shop that operated from 1969-2002. In 2002, a gentleman named Stephen Tokuhama purchased the building. It wasn’t until eight years later, in 2010, when Tokuhama opened up Kupros Bistro. The opening year of Kupros Bistro ended up correlating with the 100th birthday of the building itself. In 2013, Tokuhama rebranded Kupros Bistro into Kupros Craft House. Kupros has stained glass in the front entrance and a wooden bar, with the intent to “give the feeling that can only be described as your ‘home away from home.'” Kupros Craft House is an exciting bar and restaurant to visit and is a great place for visitors of Sacramento to kick back and live like a local.

Sacramento, California is an interesting and exciting Northern California city to visit. Sacramento is rich with history, old landmarks and good food. For more information about a trip to Sacramento, a custom travel planning site..