Park City is a charming ski town that is full of fresh mountain air, delicious cuisine, priceless works of art and historic landmarks. Park City is an exciting town to visit and is a great vacation destination where you can create memorable moments with your family.
Brandon Speakman on May 5, 2020 - 9:59 am in Featured Cities, Historical

Things to do in Park City, Utah

Park City is a gorgeous mountain town located in Summit County, Utah. The town is popular with avid skiers and snowboarders and offers plenty of open areas for those who wish to take part in snow-based recreational activities. Park City is the perfect mountain getaway for families who love the thrill of fast paced winter sports, as well as those families who are looking to spend a quiet and relaxing vacation off the grid.

Mormon Pioneers first traveled through Park City, Utah, before they settled in Salt Lake City. Parley P. Pratt (a leader of the Mormon pioneers), explored the canyon in 1848. Parley P. Pratt was given a charter in 1849, so he could construct a toll road through the canyon. Some of the families from the trek decided to live at the basin top of the canyon, due to the amount of grass available for their cows to graze. The property rights of the top of the canyon (the area that would become Park City) were transferred to Samuel Snyder, Heber C. Kimball and Jedediah M. Grant. The settlers of the area eventually named it “Parley’s Park City.”

The Ontario Silver Mine, (which was discovered by Herman Buden in 1872 and eventually purchased by George Hearst), was the first major mine producer in the area. By 1892, The Silver Mine King (which was owned by Thomas Kearns and David Keith), became known as one of the “most famous silver mines in the world.” More silver miners moved to Parley’s Park City, as the amount of silver in other mining cities around the world was diminishing. While some mines were built with no issue and operated at a successful rate, others weren’t having the same luck. Misfortunate struck the mining town again in 1898, when Parley’s Park City was “virtually destroyed” by a fire in the area. In 1902, 34 miners were killed in Parley’s Park City, by an explosion in the Daly West Mine. In the early 1900s, Parley’s Park City had been renamed to Park City. Silver miners continued to search for silver in the area, until the 1950s. By the end of the 1950s, the price of silver had decreased and Park City “nearly became a ghost town.” Miners eventually found different careers with Park City’s booming ski community. 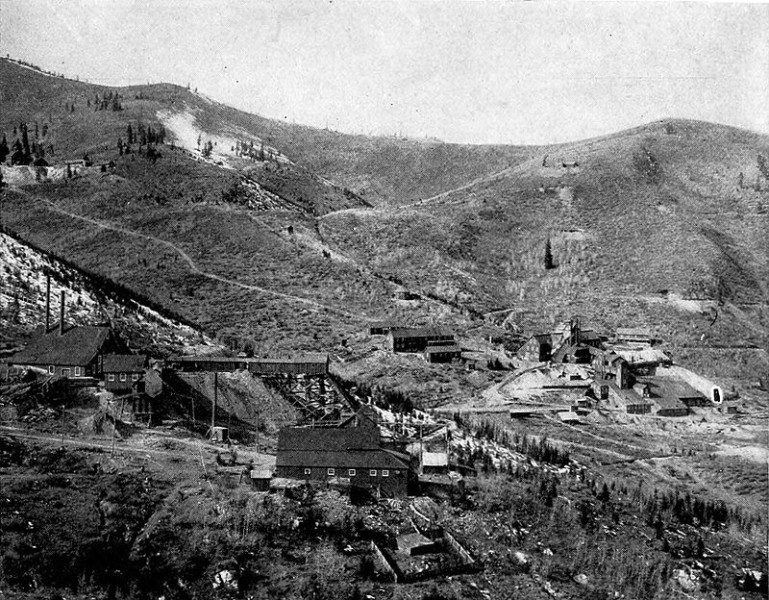 Due to the diminishing price of silver, the town of Park City started to fall into hard economic times, but was able to turn a corner when “Parkite” miners presented the city with a ski resort called Treasure Mountain. In the end, Treasure Mountain saved the town from going bankrupt. Treasure Mountain opened in 1963 on 10,000 acres of miner-owned land. 1963 marked the beginning of a tourist boom in Park City, as well as the beginning of the city being promoted as a destination resort for the ski community. Since Park City became known as a prime destination for skiing, the city accommodates lodging for more tourists than residents. Park City has become well known due to the city hosting the 2002 Winter Olympic Games. Park City, Utah is a charming city to visit, especially in the winter months. 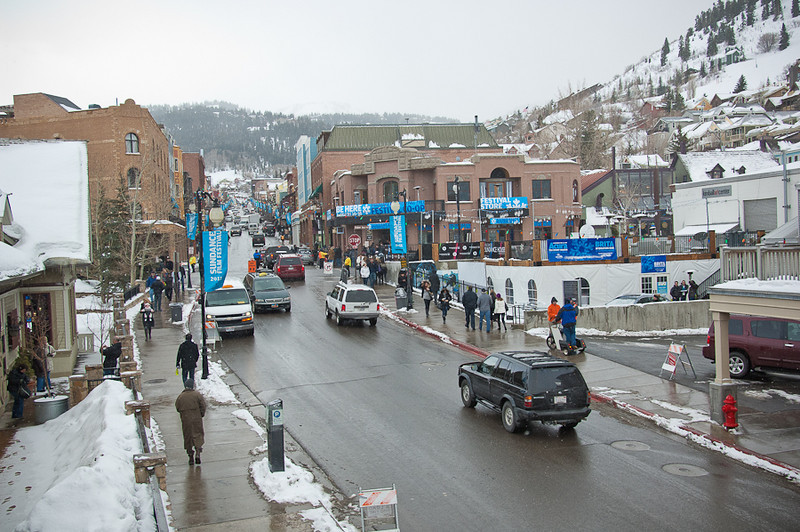 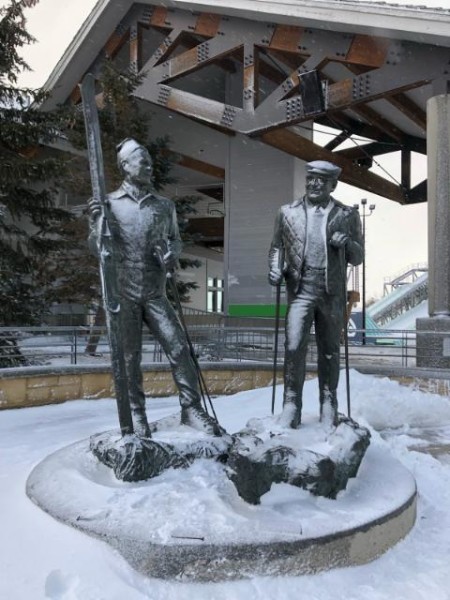 Utah Olympic Park is open to the public and includes 2 museums; the Alf Engen Ski Museum and the George Eccles Salt Lake 2002 Olympic Winter Games Museum. The Ski Museum displays over “300 trophies, medals, uniforms, scrapbooks, skis, boots, photos, films and other collectables that span some 70s years in the career of the Engen family.” The Ski Museum also presents more information regarding Utah’s rich ski history and the Wasatch Range. Utah Olympic Park is the #1 recommended attraction to visit in Park City on TripAdvisor. 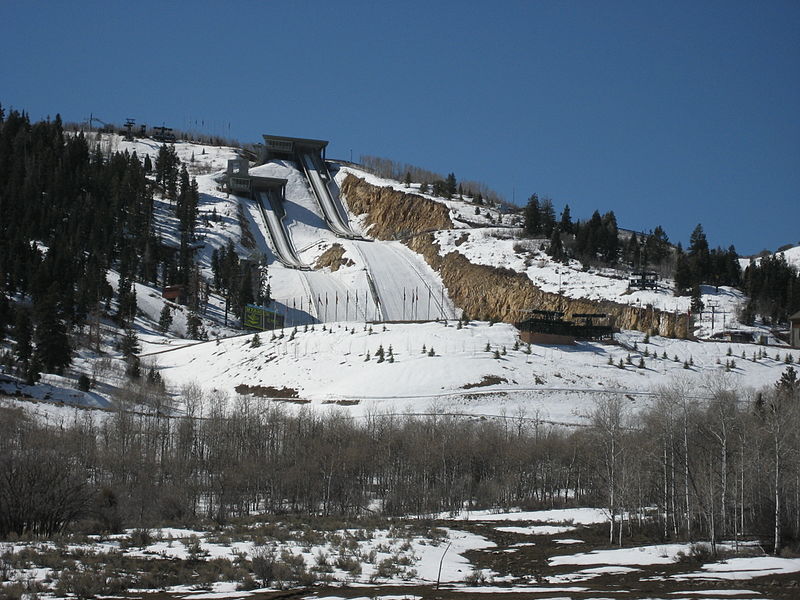 Deer Valley in Park City is an Alpine ski resort in the Wasatch Range. Deer Valley Resort is well known for being an exclusive resort with high-end amenities. The amenities at Deer Valley include free ski valets, free parking shuttles, fine dining and boutique shopping in the main lodge. These amenities are provided in order to stand out among other ski resorts in Park City. 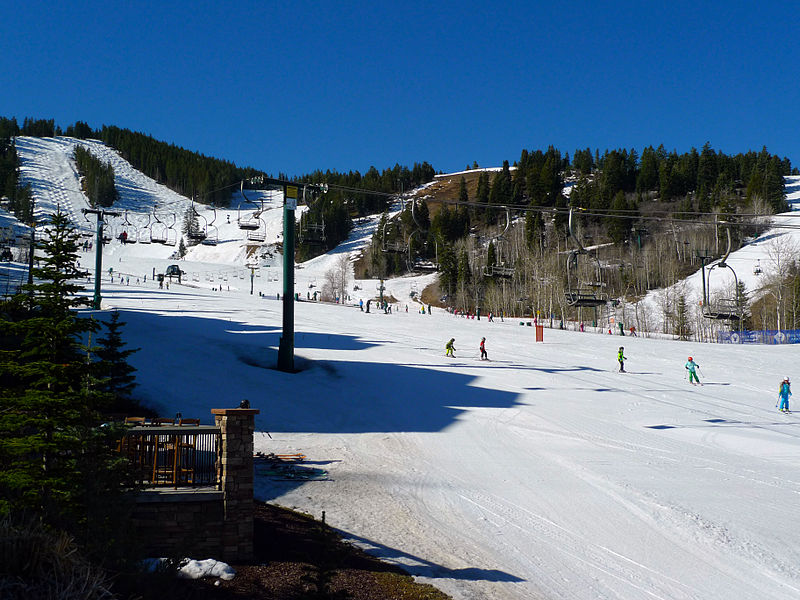 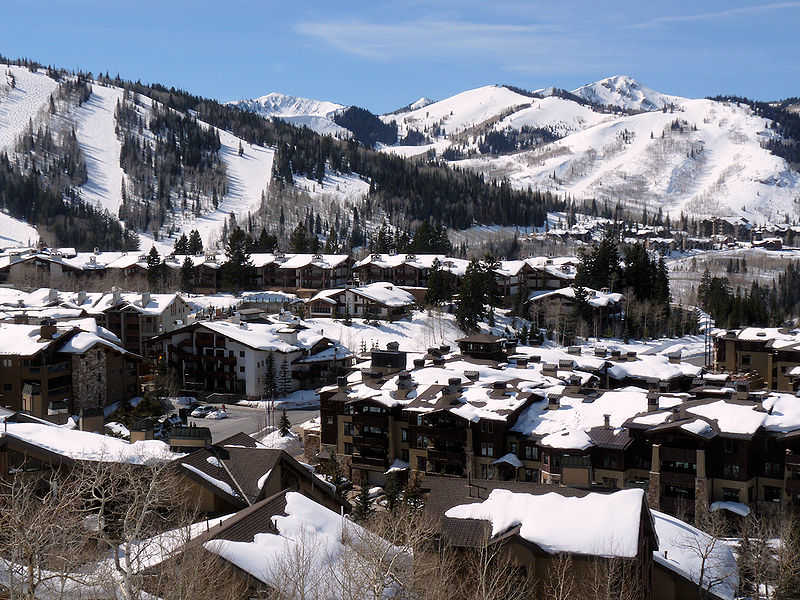 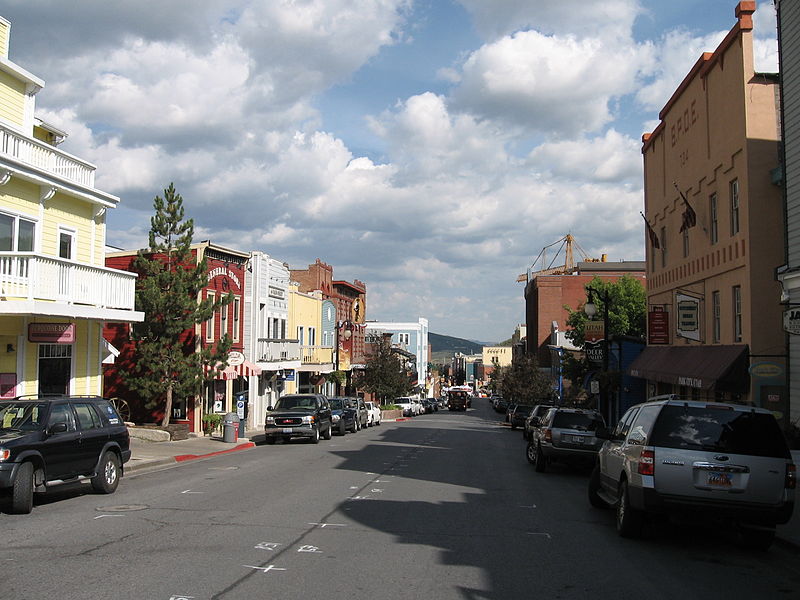 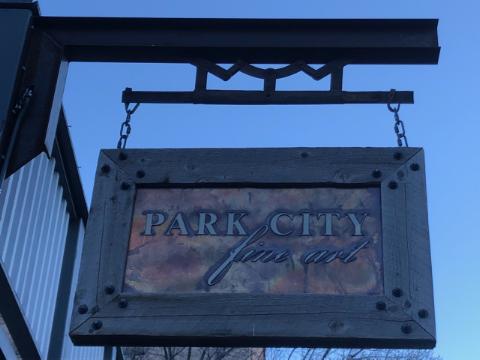 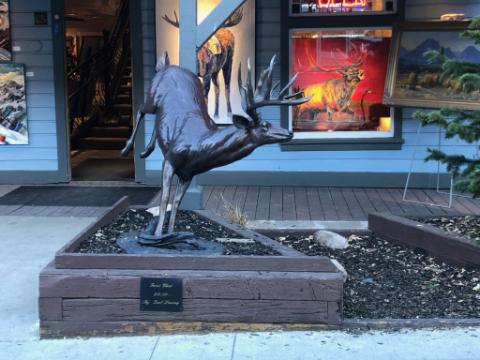 Twisted Fern in Park City is a tasty restaurant that prides itself in preparing “real food.” Twisted Fern defines “real food” as food that comes “directly from plants and animals, is naturally fresh, nourishing, wholesome, and pleasant.” Adam Ross, who is the Head Chef/Owner at Twister Fern, started his love of culinary arts when he was 8-years-old. Adam would visit his mom’s bakery in the town of Naples (located in western New York) and would experiment in the kitchen. While he was too young to assist in creating the baked goods that were baked in the kitchen, Adam put his culinary efforts into creating dog treats, which he named “Adam’s Dog Biscuits.”

Adam studied culinary arts in Denver, Colorado and moved to Park City upon graduating. Adam started working for Bistro 412 and was quickly promoted to Head Chef; he would work at Bistro 412 for 10 years, before opening his own restaurant; Twisted Fern. One activity that Head Chef Adam has really taken to, is experimenting with ingredients and creating different flavors, before they become a mainstream wave in the culinary business.

I had the opportunity to try the very tasty, Cedar Baked Idaho Ruby Trout, which was basted with Orange Basil Butter. Grub Steak is a great restaurant to visit in Park City, due to the nice ambience the restaurant has and the different dishes offered on the menu. 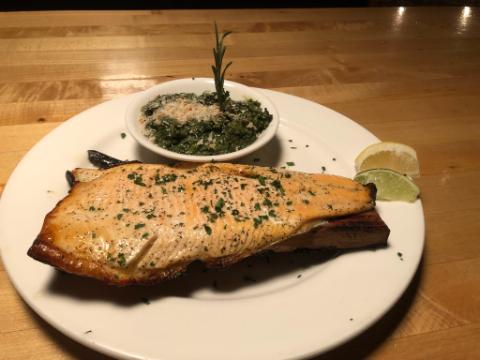 Park City is a fun place to visit year-round, but is especially enchanting in the winter months. For more information on Park City, Utah, check out a custom travel planner..