A political prisoner escapes, takes over two cities, and creates one of the largest empires of the medieval period. And you never knew he, or it, existed. Later hailed as a tyrannical heretic, he’s deposed, and another major dynasty takes possession of the kingdom he created.

With names like the city of Gao and the Songhai empire, you might think we’re talking about Asia. You’d be wrong. Nestled in the heart of Africa, stretching from the continent’s west coast into the Sahara desert, the Songhai Empire was impressive in size, wealth, and military power. It was the largest empire in the Islamic world at the time, and the largest empire in African history. But it was destined to fall… 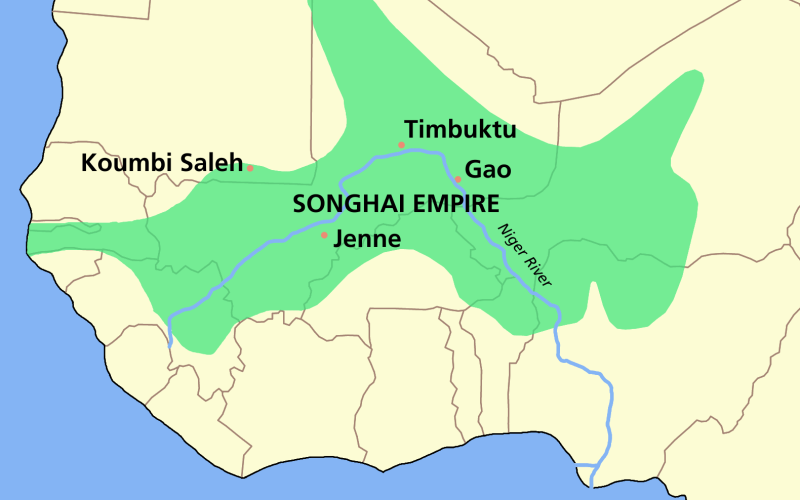 The Songhai Empire under Sunni Ali.

Origins of an Empire

The Gow, Do, and Sorko peoples lived along the Niger River and used the regions’ resources to survive. They hunted crocodile and hippopotamus, fished, farmed, and transported goods along the water way. Fertile areas are prized in this harsh desert environment, however, and it wasn’t long until a horseback-riding group came and conquered these peaceful groups. Years passed, life settled into a comfortable routine, their languages blended, and the Songhai people emerged as a unified group.

The two dominant ruling dynasties that are remembered for their time as rulers of the Songhai are the Sunni (aka Sonni) dynasty, and the Askiya (aka Askia) dynasty. Early records of the Songhai suggest that two more dynasties who called their leaders maliks and zuwa or za likely rule the Songhai in the 10th-12th centuries. 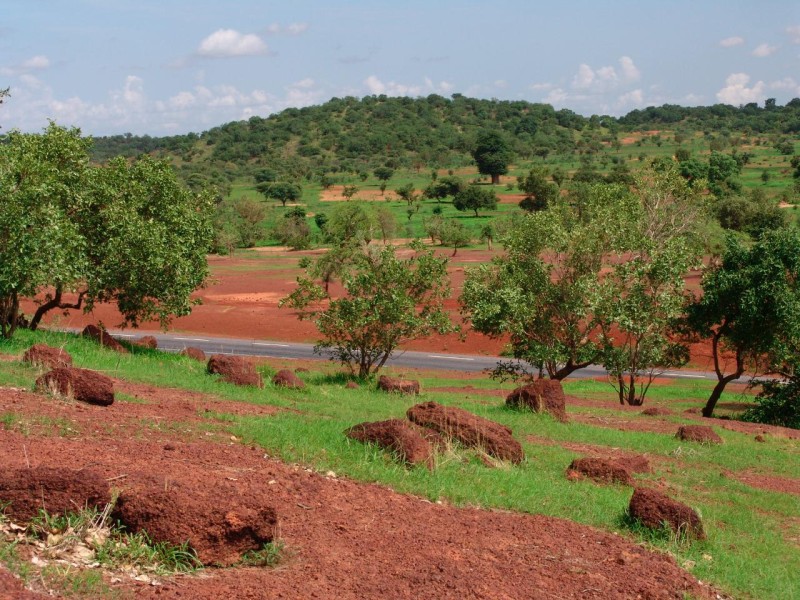 NOAA image of a forest in modern-day Mali’s Sahel region.

The Songhai quickly got rich. As the Tuareg people move south from Morocco for trade, the Niger River region’s gold, salt, ivory, kola nuts, leather, and dates, gained fame. The Songhai slave trade was also heavy and profitable. The nearby Mali Empire was stronger, and coveted the Songhai city-kingdom of Gao.

They attacked, conquered, and held the city for nearly 150 years, but they did not destroy the Songhai Empire, or the Sunni dynasty. In fact, for much of that time, the Songhai were still largely independent, and although they paid taxes to Mali, the kings of Songhai actively rebelled.

This incredible leader held control of the Songhai Empire from 1464-1492. Rumor has it that as a young man he was a political prisoner of the Mali empire or, alternatively, raised by his mother’s people, the Faru. He spent some of his young adulthood with his father, Madogo. But Mali was in trouble, and their empire was collapsing. Throughout the period they controlled the Songhai empire, Songhai identity held strong.

While Mali collapsed, the 14th leader of the Songhai died and Sunni Ali took his place. During his reign, the city-kingdom of Gao absorbed much of what had been the Mali Empire, and included two of the region’s major trade cities, Timbuktu and Djenne, as well as much of the land along the Niger River, and a wide expanse of the Sahel and parts of the Sahara.

He died in 1492, but the causes are … questioned. Although some accounts claim he died crossing the Niger River, oral traditions favor the idea that his nephew, Muhammed Ture, killed him. Sunni Ali practiced African Animism, but professed Islam. This inconsistency may well be what led to his demise. Muhammed Ture was a devout Muslim, as history would soon note. 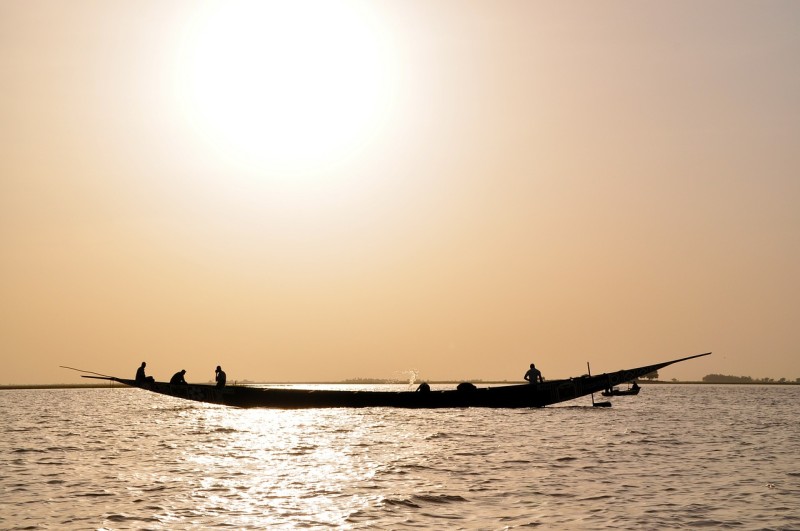 A boat on the Niger River.

The End of the Sunnis and the Rise of Askias

Sunni Ali’s long era of impressive expansion is directly contrasted with his son’s short reign of less than a year. He was challenged almost immediately by the same Muhammed Ture who oral historians suggest killed his father, and he lost. The basis for the challenge was Sunni Baru’s reputation as a poor Mus

Muhammed Ture gained in influence quickly, and his dynasty quickly gained the title Askia (powerful) for rulers. Under him, the land of the Songhai Empire rapidly returned to its course of expansionism, trade with Europe and Asia flourished, and a cultural revolution took place that brought Islam to prominence in the region. This leader’s rule wasn’t based on Islamic law, however – he built a bureaucratic government, created schools, standardized trade, improved the tax system, and after a long and powerful reign, was overthrown by his son in 1528.

And then, The End…

Karma being what it is, the Askias didn’t rule for very long. In fact, by 1591 they were defeated by Moroccan forces who came armed with gunpowder weaponry. The Moroccans had powerful forces, but weren’t equipped to rule the region. They won the war, but lost control of the region. In just a few short years, one of Africa’s most impressive Empires collapsed into ruin. The stories of the Songhai Empire aren’t often told, and most of what remains of their impact on West Africa lies buried in the sands of the Sahara and the dry, harsh seasons of the Sahel.

I'm a fan of honest words, clarity, and impact. A writer, editor, and translator, I spend my days guzzling coffee like a champ, living the expat dream, and being mom to world's sweetest preschooler. I’m co-owner and copywriting head at Rusmexus Writers, a history buff, and have a background in international relations.
0 POST COMMENT
NEXT ARTICLE
Visiting Chernobyl and Pripyat: A Trip For the Brave
August 6, 2015 - 6:05 pm
PREVIOUS ARTICLE
10 Facts That Make Pluto worth Obsessing Over
July 23, 2015 - 2:48 pm