/ Featured Cities / And You’re Off – To Louisville, Kentucky – Episode 204

And You’re Off – To Louisville, Kentucky – Episode 204

Things to do in Louisville: A look at Louisville beyond just the Kentucky Derby.
John DeMaio on January 26, 2014 - 3:25 pm in Featured Cities, Historical, Places to visit

When you hear the name Louisville, the first thing that pops into your head is probably the Kentucky Derby – at least, it did for me. While it’s true that the Derby put Louisville on the map, there are plenty of other things to do in this famous city. Here’s are a few of my favorites.

A home run for the entire family 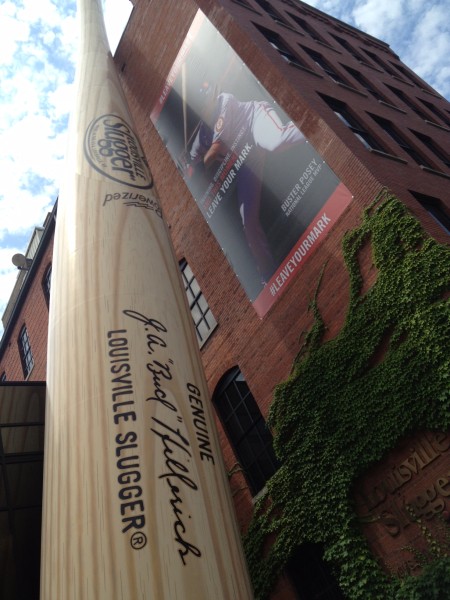 Entrance to the Louisville Slugger Museum

The factory floor was my favorite part of the tour. You can watch a craftsman make a baseball bat the old fashioned way, using a template and turning the wood on a lathe. Or you can watch how Louisville Slugger bats are made today…in under thirty seconds. Here’s a clip that I shot on the tour… 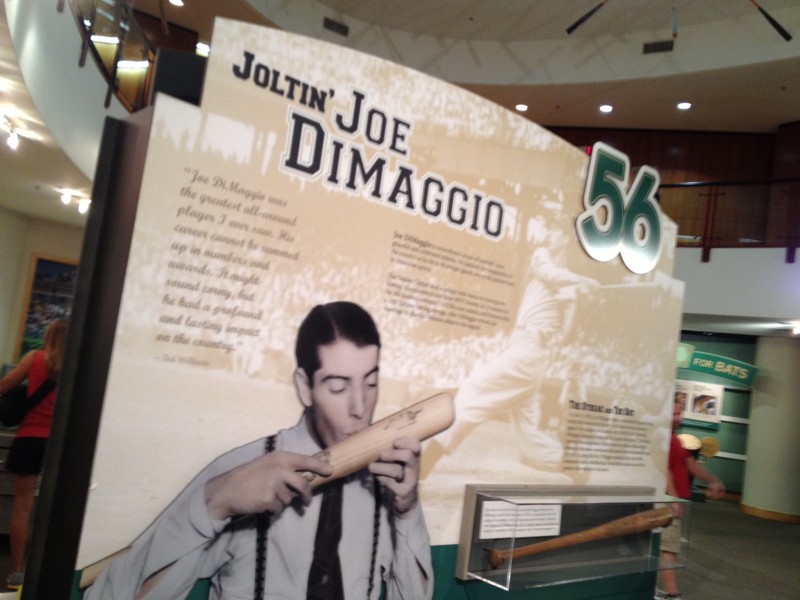 Joe DiMaggio at the Louisville Slugger Museum. I took this pic for my Dad but it didn’t make it into the show. Here you go Dad!

Looking for something a little more extreme? Then look no further than the Louisville Mega Caverns. It’s an underground zip-line course that was once a mega limestone quarry.  There’s also some history here.  The megacavern was the designated nuclear fallout shelter the federal government and the Kentucky state government during the Cuban missile crisis.  There is a creepy, mockup of how that would look, which you can see on their tram tour.

Today it’s an adrenaline junkie’s dream! I’ve been on zip-line courses before but nothing compared to this. The thrill of being in the dark makes the entire experience so much better. It’s like riding Space Mountain – your imagination takes over. 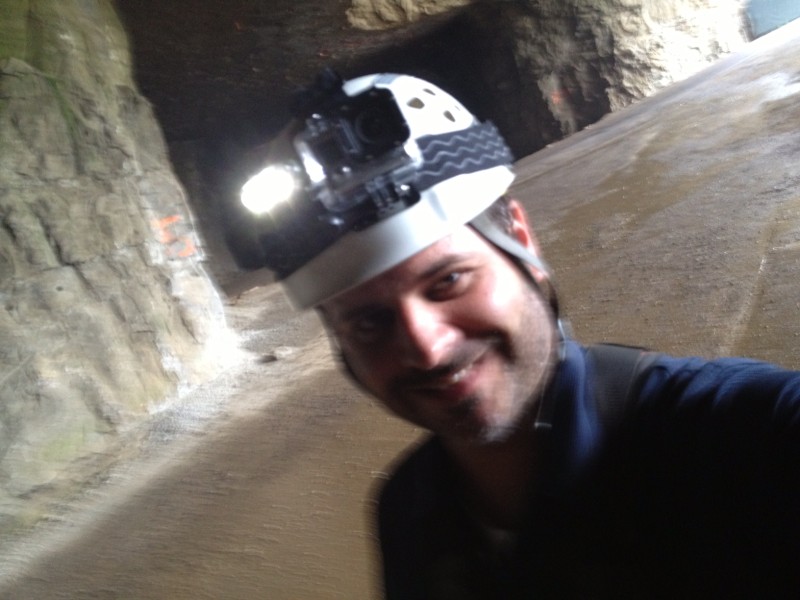 My camera rig for the Mega Caverns segment of TTH – a GoPro on my helmet. See the video in our Louisville show.

Learn about Louisville’s most famous and loudest resident

Louisville native, Muhammad Ali has a world class museum located in the heart of Louisville called the Ali Center. Although Muhammad is known for his world championship caliber boxing skills, this museum showcases a lot of his work outside of the ring. You will hear and see Muhammad’s words on topics such as racism, the Vietnam war and of course Joe Frazier. It’s definitely worth a stop and be entertainment by Muhammad’s boisterous personality. I enjoyed hitting the speed bag; which turned out to be really difficult.

You can’t visit Louisville without getting a Hot Brown. It’s a local favorite and it’s pretty bad for you…so it tastes FAN-tastic, of course! 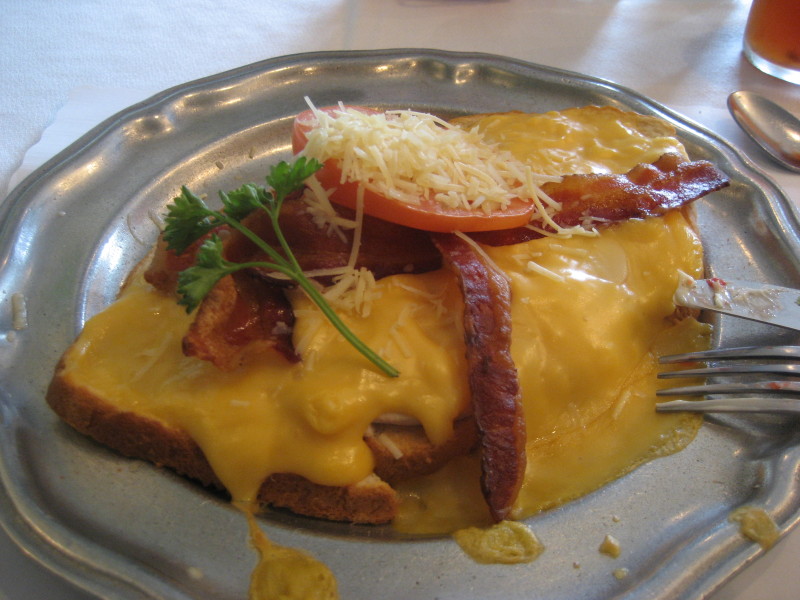 It’s an open faced turkey and bacon sandwich covered in a Mornay sauce (it’s a mixture of half Gruyere cheese and half Parmesan melted together) and baked or broiled until the bread is crisp and the sauce turns slightly brown…hence the name. There are hot browns all around the city but the most famous one is at the Brown Hotel – where it originated. Legend has it, during the 1920’s the hotel attracted over 1200 guests. During the midnight hours the guests would grow tired and went looking for a bite to eat.  Tired of the same old faire, Chef Fred Schmidt came up with the hot brown, and we’re all better off for it.

If you really can’t get enough of this delicious dish, take the hot brown hop.

If you want to get out and do some exploring without the kids, you can’t miss taking a tour of one of Kentucky’s bourbon distilleries. There are a couple in Louisville that you can visit or you can travel to the most famous one, the Jim Beam distillery in Clermont – about 22 miles away.

It’s a Kentucky tradition and it ends with you tasting delicious bourbon. How can you lose? Just make sure that you take a cab.  In order for Bourbon to be called Bourbon, it has to be made in Kentucky. If you really like bourbon, take the Kentucky Bourbon trail and visit 6 different distilleries.

After watching how Bourbon is produced, you have to check out what the locals do with it. I’m talking, of course, about a Kentucky staple…the mint julep. This sweet, minty concoction is made with only four ingredients; mint leaf, bourbon, sugar and water.  We tried ours at the Kentucky Derby Museum and it was definitely a treat. Of course, this was after wrapping our shooting at the Kentucky Derby Museum for TTH…so it was well-deserved. 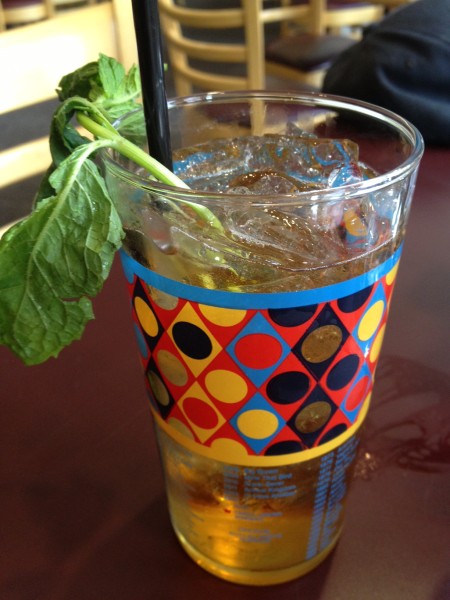 A well-deserved end to a long day of travel and filming!

Pick up the commemorative glass while you’re at it. My son loves drinking out of it at home….no, not mint juleps, mostly apple juice.

Last but certainly not least,  you have to visit Churchill downs.  It’s an historic landmark that can’t be missed. Now you’re probably saying, “I’m not really into horses or horse racing. I’m just going to skip that.” Don’t. I felt the same way, but visiting the infamous Churchill Downs and touring the Kentucky Derby Museum made my trip to Louisville complete. It would be like visiting New York City and skipping the Statue of Liberty. I guarantee you will have a great time.

Learn the history of the Kentucky Derby, the amazing thoroughbreds and jockeys that participated in the fastest 2 minutes in sports. 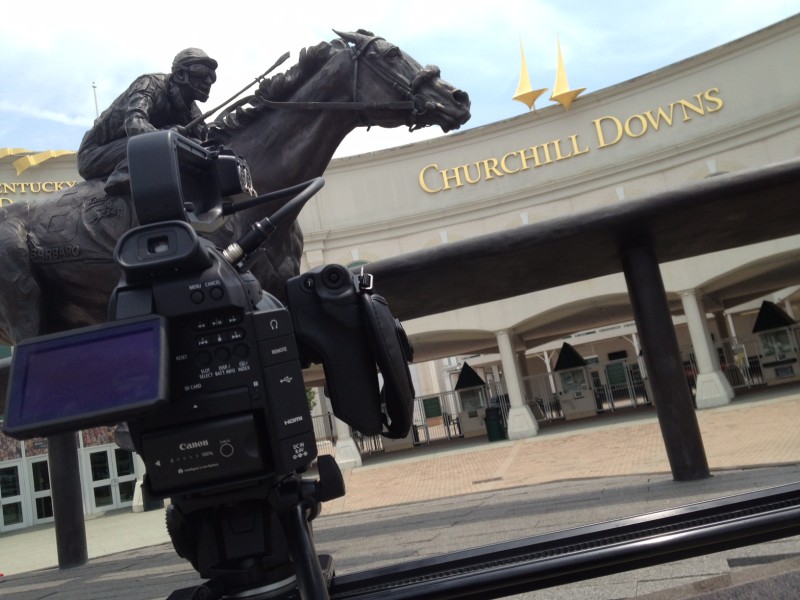 A behind-the-scenes shot of me filming the Kentucky Derby Museum. I love that camera!

Is Louisville you’re home town? What did I miss? Let me and everyone else know by commenting below so I can check it out when I head back…because I’m definitely going back.

After your drink, what else should you eat?

Louisville has a budding food scene that is attracting real attention.  While there we went to some really great restaurants. One was called Garage Bar and is designed as a restaurant in an auto repair garage.  The food is fresh, organic, and ingredients are sourced from local farms.  Their pizzas are fantastic.

Here’s some footage of me trying to capture a lightning bug (I’m told most people call them fireflies) on camera. We don’t have these in Florida, so naturally Joe and I had to document the event.

By the way, this was just steps away from the restaurant The Silver Dollar; another great restaurant that really knows how to use local ingredients, and make a great mint julep.

For more information on things to do in Louisville, Kentucky visit www.gotolouisville.com