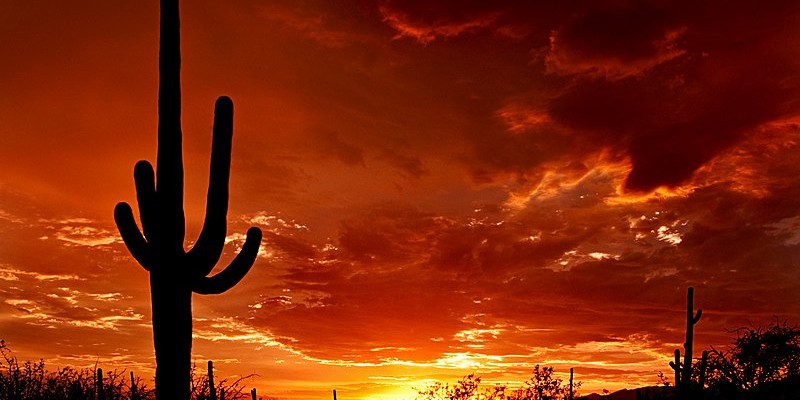 Tucson, Arizona is a fascinating city that features tasty traditional Mexican and Sonoran cuisine, stunning scenery, and ice cream that will knock your socks off. Tucson is a fun city to explore and is perfect for your next family vacation.
Brandon Speakman on July 19, 2020 - 1:22 pm in City Spotlight, Historical

Things to do in Tucson, Arizona

I recently took a spur-of-the-moment trip to Tucson, Arizona. Tucson (nicknamed The Old Pueblo) is an exciting and unique city to visit. This Southern Arizona town is packed with mouthwatering eats, compelling history and impressive views.

It is assumed that the first people to visit Tucson (although the city wouldn’t receive its name until August 20, 1775) were Paleo-Indians (evidence shows that Paleo-Indians were in southern Arizona about 12,000 years ago.) Due to archaeological excavations, a Paleo-Indian village site dating back to 2100 BC was recently found near the Santa Cruz River. The Paleo-Indians of Tucson created irrigation canals in the area, which helped them grow corn, beans, and many other crops. The Paleo-Indians also gathered wild plants and nuts, and hunted. The Hohokam lived in Tucson from AD 600 to 1450. Today, the Hohokam (like the Paleo-Indians) are also known for the irrigation canal system they created in Tucson, as well as the “red-on-brown pottery” they created during Tucson’s Early Ceramic period. Eusebio Francisco Kino, who was a Spanish Jesuit missionary, made his first visit to the Santa Cruz River Valley in 1692. In 1700, Eusebio Francisco Kino founded the Convento, Mission San Xavier del Bac, 7 miles upstream from Tucson. 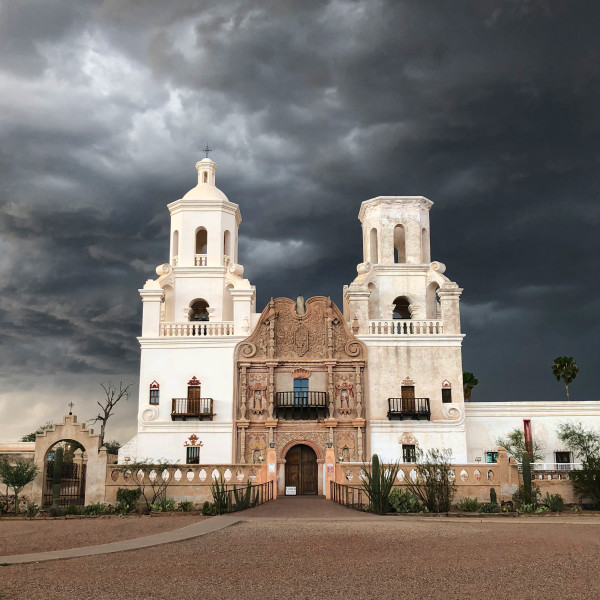 Another Convento settlement was established along the Santa Cruz River, near the base of what is known today as “A” Mountain. On August 20, 1775, Hugo O’Conor (“the founding father of the city of Tucson”) gave his approval of a military fort to be constructed in Tucson, which was called Presidio San Agustín del Tucsón (later on the present day Pima County Courthouse would be erected near Presidio San Agustín del Tucsón.) The Apache attacked Tucson during the Spanish period of the presidio (this included the “Second Battle of Tucson.”) The town eventually became known as Tucsón, “a Spanish version of the O’odham word for the area.” 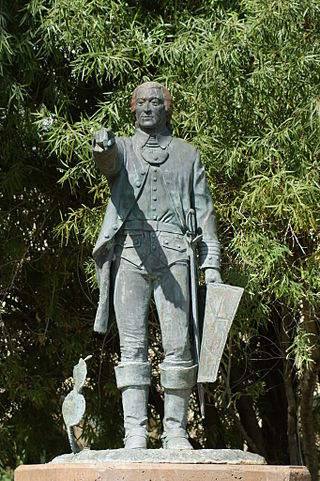 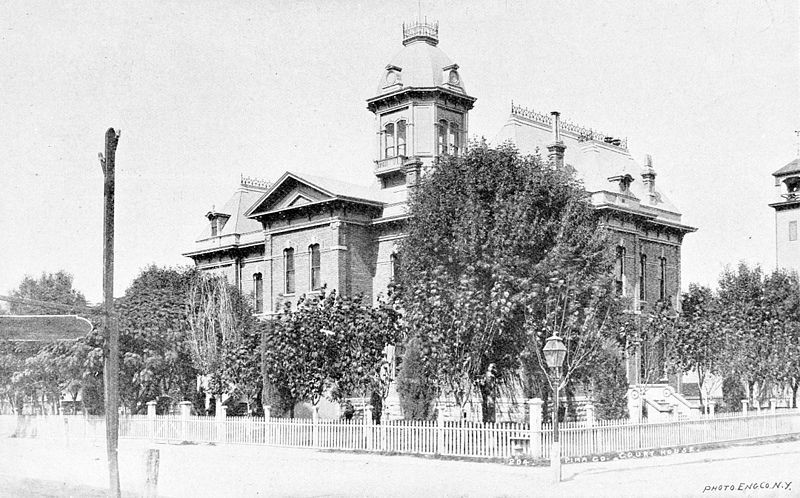 Philip St. George Cooke (who led the Mormon Battalion) captured Tucsón during the Mexican-American War in 1846-1848. Tucsón was eventually given back to Mexico, as Cooke wanted to keep traveling west (Cooke would go on to establish “Cooke’s Wagon Road to California.”) Cooke’s Wagon Road became a major route into California during the California Gold Rush of 1849. Due to the Gadsden Purchase treaty, the United States obtained Arizona, south of the Gila River, on June 8, 1854. Tucson was incorporated as a city in 1877 and today is the oldest incorporated city in Arizona. 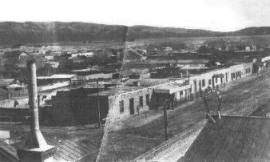 Tucson became the site of a number of stagecoach robberies from 1877 to 1878, including two robberies committed by William Whitney Brazelton. In 1882, Morgan Earp was fatally shot by Frank Stilwell, which led Deputy U.S. Marshall Wyatt Earp, Vigil Earp, and a few friends to seek vengeance on Morgan’s death. Stilwell was found at the Tucson train station and was killed on the tracks. After the death of Stilwell, Wyatt Earp conducted a vendetta and killed three more cowboys before leaving Arizona.

Today, Tucson’s population continues to rise, as it is an affordable south west town to live in. Tucson is a neat city to visit with friends and family and makes for a fun and affordable vacation, with plenty of historical sites to visit and appetizing cuisine to try. 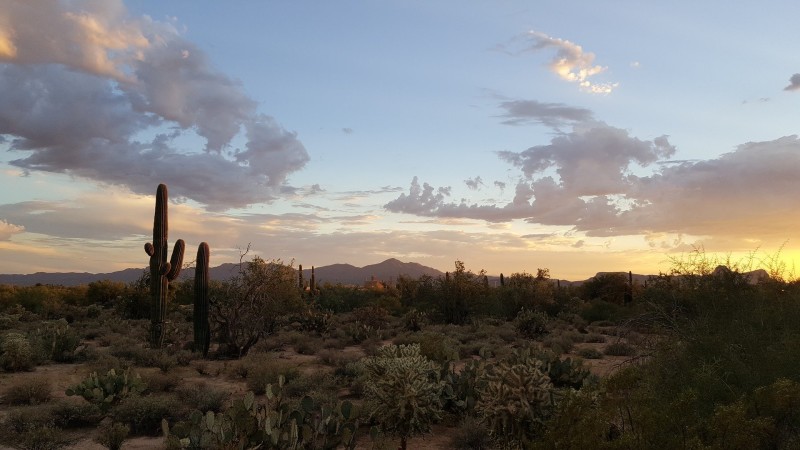 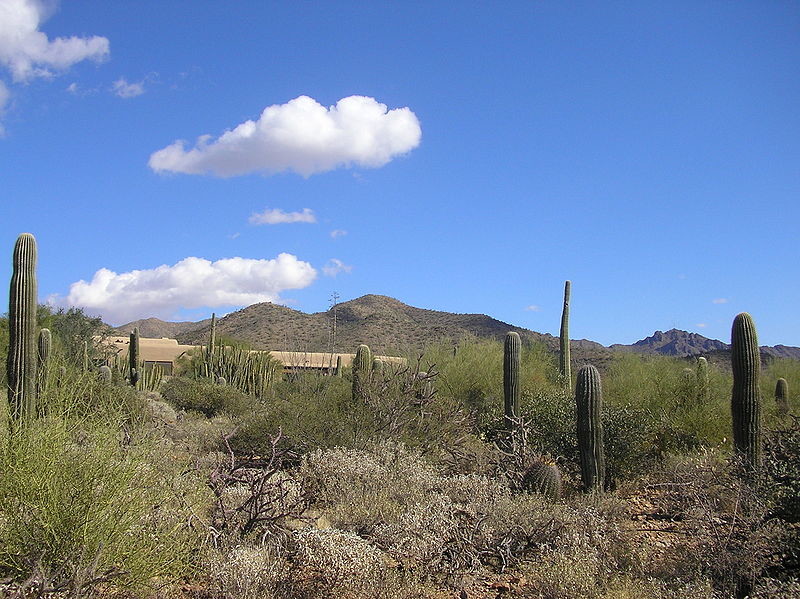 The Arizona-Sonora Desert, looking back towards the museum entrance Photo Courtesy Wikimedia Commons

Baja Cafe of Tucson is a great restaurant in the area to eat a nice breakfast or a delectable lunch. Baja Cafe is open from 7:00 am to 2:00 pm 7 days a week. Baja Cafe offers a grand selection of unique breakfast creations like The Construction Burro (a fresh tortilla filled with 2 scrambled eggs, hash browns, cheddar and Monterey Jack cheese, which is topped with pico de gallo. The Construction Burro also comes with three other ingredients from a list that includes: sausage, bacon, chipotle bacon, ham, chorizo, bell peppers, onions, tomatoes, green chiles, jalapeños and mushrooms.) Baja Cafe also offers different types of pancakes like the Snickerdoodle pancake (a classic cookie transformed into what may soon be a classic pancake. Topped with a light vanilla bean cream cheese glaze) or the Pineapple Express (a buttermilk pancake loaded with gooey packets of an orange brown sugar butter and fresh pineapple chunks. Topped with a vanilla bean cream cheese glaze and whipped cream.) You can also choose from a large selection of Benedicts and Huevos Rancheros. Baja Cafe is a tasty restaurant to grab a flavorful breakfast or lunch. Baja Cafe is TripAdvisor’s #1 recommended restaurant to dine at in Tucson.

Tucson’s La Indita was probably my favorite restaurant I ate at during my time in Tucson (please note that I cannot consider ice cream to be a meal or else I would declare La Indita and Hub Restaurant and Ice Creamery to be tied for first place.) La Indita describes its food as “A Unique Tohono-Tarascan Restaurant Serving A Mixture Of Traditional Mexican Dishes, Popular Indian Fry Breads and Original Fare From Family Recipes, Home Style Cooking.”

The food at La Indita was very unique and incredibly tasty. La Indita is a great place to go with a group, as the restaurant offers a lot of different dishes you are going to want to try. My friends and I decided on the Indian Taco (Beans, Beef & Red Chile {Tohono O’odham Style} Salad and Cheese), Chicken Mole (Two Chicken Pieces Smothered With a Rich Sauce Made From Chocolate, Peanuts, Dry Prunes, Spices & Special Chile Ancho Peppers Served with a Flour Tortilla), and Nopalitos (Baby Prickly Pear Cactus Cooked and Served with a Flour Tortilla.) The food at La Indita was a beautiful culinary experience, equipped with a unique burst of flavors. 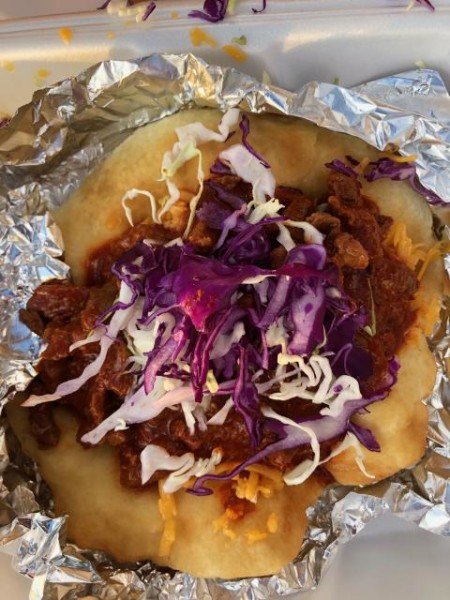 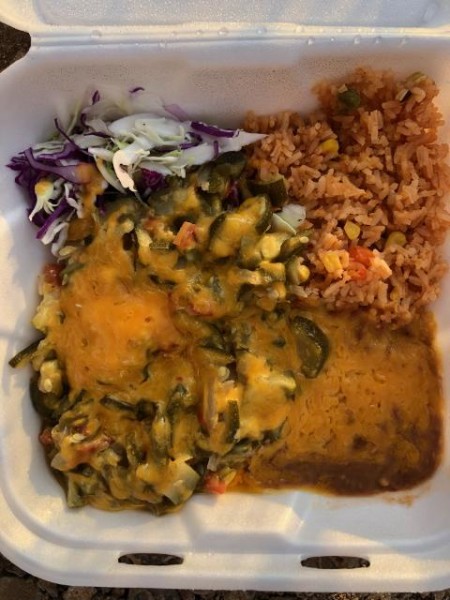 Ernesto and Alicia Lopez (a couple from Sonora) moved to Tucson in 1952 and opened up Mi Nidito. Ernesto and Alicia had debated whether to open a tortilla factory or a Mexican restaurant, the latter eventually winning. Mi Nidito opened in historic South Tucson on the corner of 4th avenue and 29th street. Mi Nidito has been a family owned business since it opened. Today, Ernesto Lopez Jr., his wife Yolanda and their 2 sons run Mi Nidito. Mi Nidito means “My Little Nest” and the name was given to the restaurant because of its original small size. Mi Nidito is a great restaurant in Tucson to get some deliciously authentic Sonoran food. Some of Mi Nidito’s most popular dishes include: chile relleno, flautas, birria (shredded beef), chimichangas (deep fried burros) and enchiladas. Mi Nidito was even chosen by Hispanic Magazine as one of the nations top Hispanic restaurants. Mi Nidito is a tasty restaurant to grab a bite to eat at and enjoy an authentic Sonoran restaurant in Tucson. 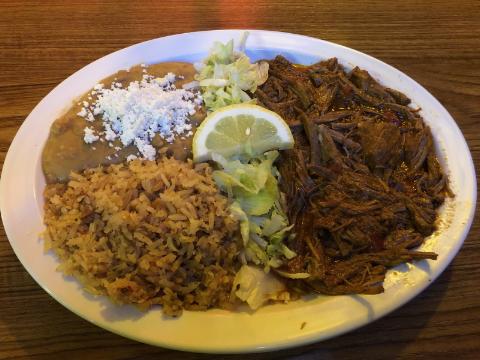 Hub Restaurant and Ice Creamery is located in downtown Tucson on the historic Congress Street. Hub offers a wonderful variation of lunch classics such as burgers, sandwiches, mac and cheese and pot pies, along with Grilled Salmon, Louisiana Flat Iron Steak and Fish & Chips, but the real star of the restaurant is their selection of unique ice cream flavors. Some of the flavors include White Peach Bellini, Mango Guava, Oatmeal Cookie Dough, S’mores, Desert Honey, Pistachio Baklava, Lavender Honey, Mexican Wedding and much more (not to worry, Hub lets you sample some of the flavors before you make a commitment.) 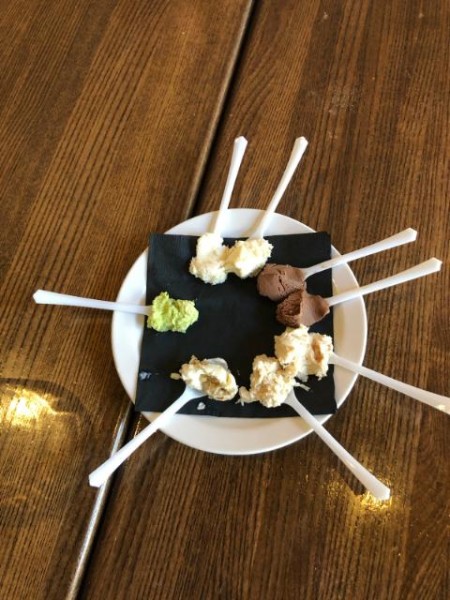 The ice cream at Hub Restaurant and Ice Creamery is extremely tasty. Having the full experience of being able to try a few of Hub’s peculiar ice cream flavors and then being able to order my favorite was a great reminder on why I love to travel and try the different foods and flavors that are offered from city to city. 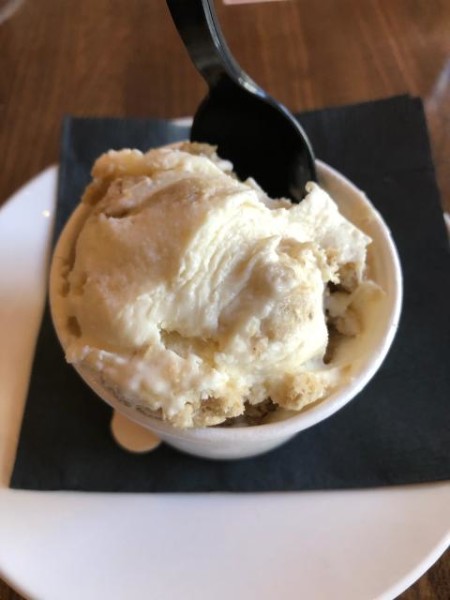 Tucson offers an abundance of wonderful hotels and Airbnbs throughout the area. Personally, I am always trying to find the best, most affordable deal when I travel. I was able to get a very affordable rate at the County Inn and Suites by Radisson (near the Tucson Airport), which was a mere 15-minute drive to downtown Tucson. I was extremely pleased with the size of my room and the price I paid for it. I highly recommend staying at the Country Inn and Suites by Radisson during your visit to Tucson, as the accommodations were clean, comfortable and affordable. 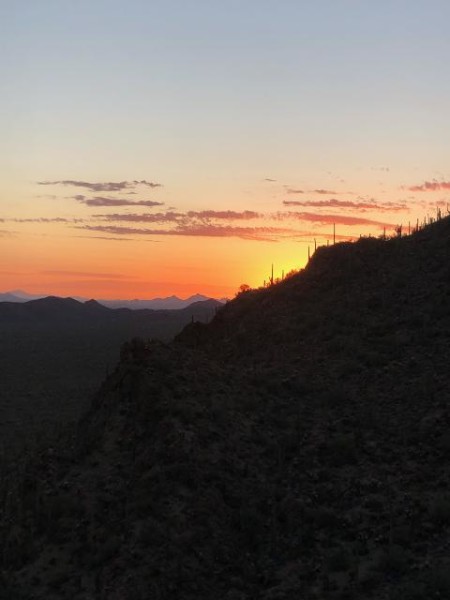 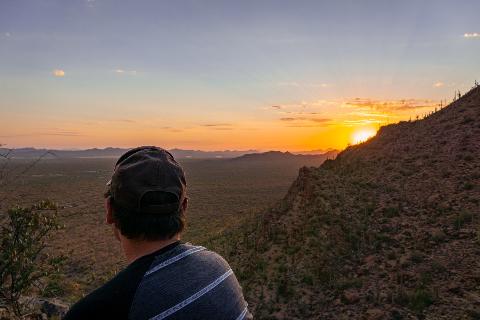 Tucson, Arizona is a fun and exciting city to visit year round (although the weather is a lot more comfortable in the winter months.) For more information on Tucson check out the official Tucson visitor’s guide or hire a travel planner to coordinate it. 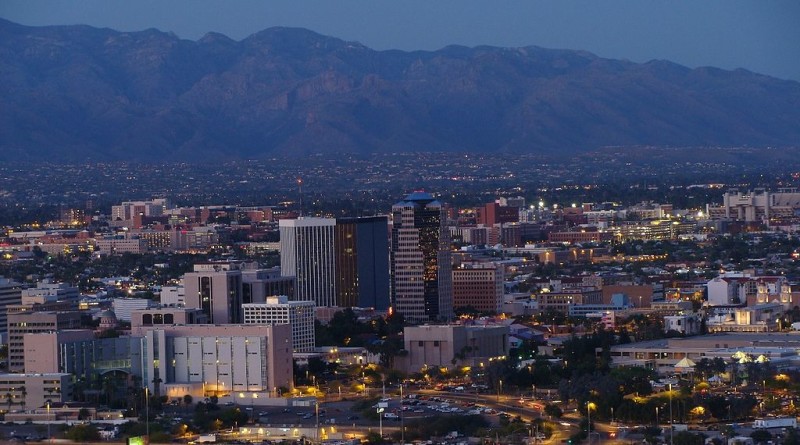