/ Historical / Will Ancient Wonders Ever Cease at the Acropolis in Greece?

A trip through the amazing Greek history at the Acropolis in Athens.
Rick Parr on February 24, 2014 - 9:00 am in Historical, Places to visit

A Visit to the Acropolis

When you think of Greece you think of the Acropolis, even though you may not know it what it’s called.  Acropolis Hill in Athens contains one of the most recognizable monuments in the world – the Parthenon (not to be confused with the Pantheon in Rome).  It’s right up there with the Sphinx in Egypt, the Eiffel Tower in Paris, and the Washington Monument in Washington DC.  The architecture alone is enough to take you back to a time when life was different.  Standing on “The Sacred Rock,” as it has been called, you will get a sense of Grecian life, their worship, and what was important to them two millennia ago.  Being in the presence of the structures, even in ruins, gives you a sense of the power and grandeur of the Athenian empire.  The history is palpable.

Bonus fact:  Did you know there’s a full on replica of the Parthenon in Nashville, TN?  See it on our Nashville Episode. 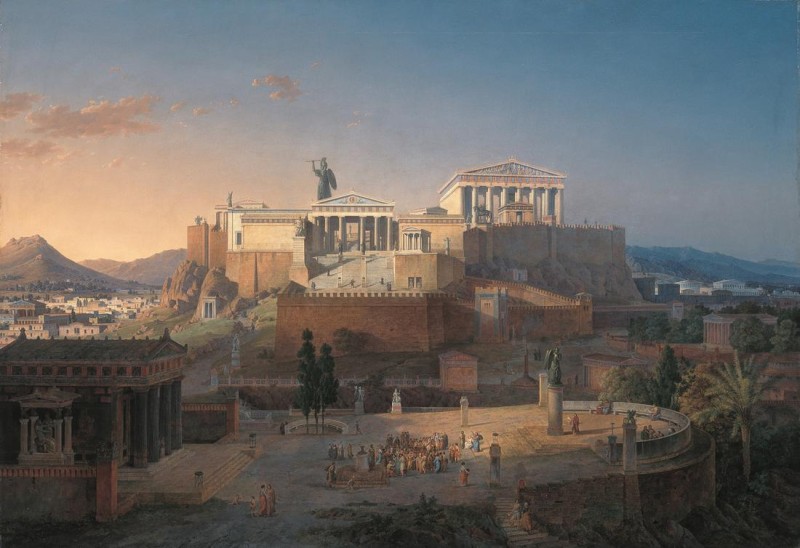 We decided to travel to Greece as part of our 21-day tour of “over there.” My wife and I spent 10 days in Egypt, 8 days in Italy, and 3 days in Greece.  We chose Athens and the Acropolis because it kept in common with the ancient civilizations theme we were loosely following. The last part of the trip led us on a relaxing tour of the Saronic Islands.  The stop in Athens did not disappoint.

Where to stay in Athens

We stayed in a hotel on Lycabettus Hill in Athens.  It was like a dream being able to look out of our window at the Acropolis on the next rise.  At night the high city is lit up.  The view is awe-inspiring.  Rising with the sun and seeing Acropolis hill outside like a beacon was motivating to say the least.  As a side note, the adventurous can climb Lycabettus Hill for an added thrill.  Cabs will only take you part of the way up, so if you want to get to the top, walking it is the way to go.

According to ancient Greek history, the Acropolis was built for the Goddess Athena between 447 and 438 B.C.  Distinguished by its Doric construction, the Parthenon was designed by Phidas.  This construction thus started the Golden Age of Greeks.  This magnificent structure was home to a large statue of Athena done in elephant ivory and gold in its splendor.  The Parthenon served as a church, a mosque, and a munitions depot as well as surviving a fire in antiquity and an explosion during the Morean War.

The Acropolis is also home to the Propylaea, Temple of Athena Nike, and the Erechtheion.

The Propylaea is the monumental entrance to Acropolis.

Built in 421 BC, this small temple is dedicated to the Goddess of Victory.  What stands today is the reconstructed effort completed in the mid 1800s when the original materials were discovered.  The original structure was demolished by the Ottomans in the 1600s.

A temple built between 421 and 407 BC, the Erechtheion was built for King Erechtheus, an early king of Athens.  Erechtheus and Poseidon were worshiped in this temple.  The porch on this building had beautiful caryatids, replicas of which can be seen in their place.

There is considerable ruble on the Acropolis, which suggests that there were other structures in place in antiquity.

Speaking of rubble, there’s an interesting bit of history called the “Parthenon Marbles Controversy.”  The major damage to the Parthenon was caused by an explosion during a battle between the then-occupiers of Athens, the Ottomans, and the Venetians.  A British envoy named Lord Elgin appealed to the Ottoman authority to examine  the rubble.  He received his permission paperwork and applied some poetic license to it.  He interpreted to mean he could take what he wanted, and so he did.  He took some marble pieces from the site and shipped them home to London.  Now they rest in the British Museum in London, and Greece wants them back to this day.

At the foot of the Acropolis lies a new museum, which replaced the 19th century building that used to sit on the Acropolis itself.  This museum houses the relics that were found on the Acropolis, such as portions of statues, sculptures, pillars, and the original caryatids from the Erechtheion.

Getting to the Acropolis

Getting to the Acropolis is simple.  You’ll fly into the Athens International Airport.  From there, you can take the train to the Acropoli station (red line).  Then just take a walk up to Acropolis hill.  It is worth the effort.  If you don’t want to walk, there are many tour buses and even cabs that will bring you closer.  While there will still be some walking involved, the amount is greatly reduced.  Bring some water and get ready to take a step into history.

If you are wondering about the food, having enjoyed wonderful cuisine on the first part of our trip, the meals in Athens were lackluster.  This is typical of most high traffic tourist locations.  That is not to say that all of Greece had the same issue.  Our meal in Hydra was fantastic.  I would suggest walking the area and deciding for yourself.  We found several places by just walking near the mouth of Acropolis hill.  Come off the hill and make a right to find some eateries along the way. 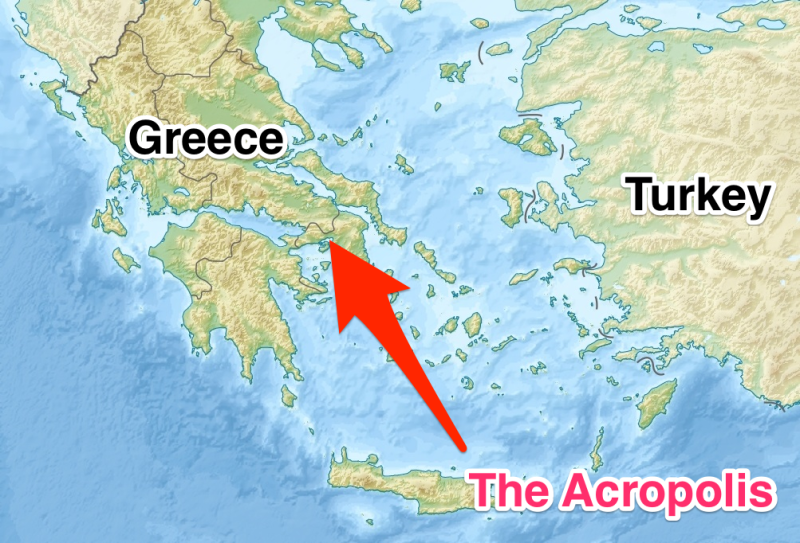 If you would like to visit Athens and the Acropolis head here.

Freelance writer and guest contributor to the Travel Thru History Show.
1 POST COMMENT
NEXT ARTICLE
Travel to Cuba as an American is Easier Than You Think
February 28, 2014 - 6:53 pm
PREVIOUS ARTICLE
"Give Us Free" - The Amistad Slave Mutiny and the Landmark Supreme Court Case
February 19, 2014 - 4:31 pm