/ Quick History / The Story of The Revenant. Who Was Hugh Glass Really?

The 2016 Leonardo DiCaprio movie took the box office by storm, but who was Hugh Glass in reality? Was the movie just another wild Hollywood exaggeration of real people and events, or was there some truth to this bizarre tale that involves murder, mauling, and revenge?

Hugh Glass was a fur trapper, mountain man, and explorer. An expert at surviving the worst of the wild lands, his life was the stuff of legends even before he was mauled by a grizzly in 1823. But it’s the 1823 story that set him apart permanently and decided the course of his life.

Together with a large band of men, Glass set out on a fur-trapping expedition with the goal of reaching Fort Henry. The territory was difficult, and they were attacked by hostile Arikara Indians, also known as Ree. Many of the men were killed. Glass served as a scout for the party, and one day set out to look for food. While searching, he startled a mother grizzly who was foraging for food for her cubs. She attacked. 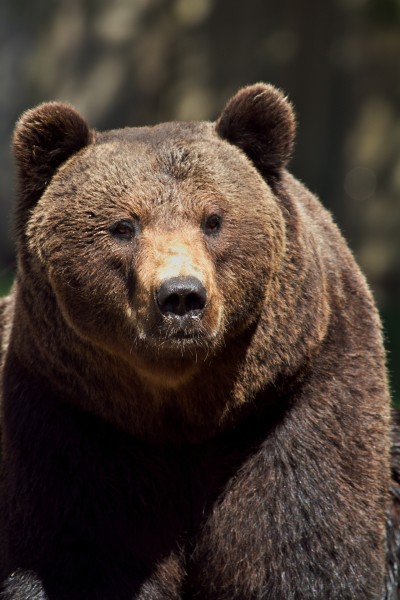 Glass did something unthinkable. Without a rifle or support, he killed the angry bear – depicted in the movie graphically. The cost was high, however. She broke his leg, gashed his back, and mangled one of his arms. Startled by his screams of anguish, members of Glass’s party came looking for him, and found him under the bear. He looked dead, but he was breathing. They assumed he would die soon, and began a vigil to bury him when he did.

Days passed, no one knows how many, but Glass was still alive, albeit hovering on the edge of death. The party decided to move on, leaving two men, Jim Bridger and John Fitzgerald, behind to bury him. The pair dug a shallow grave for Glass and waited a few more days. Claiming to be surprised by Arikaras, they covered Glass with a bear pelt, took his rifle, knife, and even his tinder kit, and left him for dead, unarmed and in hostile territory.

Needless to say, Glass wasn’t too happy about that. The movie adds a not-so-small bit of fictional drama with John Fitzgerald, played by Tom Hardy, killing Glass’ son, while Glass lays incapacitated.

Glass survives being left for dead, and hauls himself 200 miles to Fort Kiowa, and told his story before seeking revenge on Fitzgerald and Bridger.

That part of the story, Hollywood has done a great job of portraying. The devil is in the details, however. And that’s where things get really interesting… 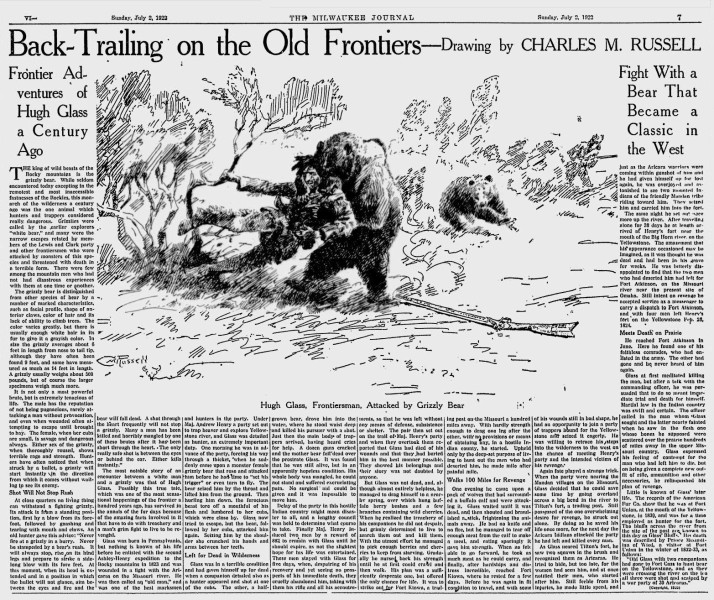 A Newspaper Article Featuring Hugh Glass and the Grizzly Bear

The origins of Hugh Glass are shrouded in a bit of mystery, but history does have a few of the facts clear. He was a Scotch-Irish, first-generation tough guy whose dad was likely tough as nails –  the Scotch were famous for being tough in order to survive the rough life in the Scottish Highlands. As for Hugh, history shows he was born in New York.

His Family Life is as Mysterious as He Is

No one knows if Hugh Glass actually had a Pawnee wife. Plenty of accounts suggest that he spent time living with the Pawnee, but there isn’t any real agreement as to how long he lived with them, under what circumstances, why he left, or if he ever married. And from what we DO know, he didn’t have any kids… 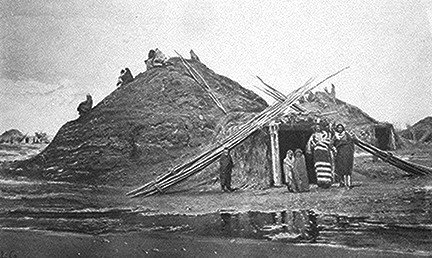 That Was a LONG Hike

No matter how Glass got to Ft. Kiowa (accounts vary), it was a heck of a hike. The fort was roughly 230 miles away (near present-day Oacama and Chamberlain, SD) from the site where he was attacked in modern-day Shadehill, SD. And he did it with one good leg, one good arm, and a massive, infested wound in his back. You wouldn’t want to mess with Hugh…

When he was attacked by the bear in 1823, Hugh Glass’s companions called him “Old” Hugh Glass. Sure, he was older than most of the group, but he wasn’t that old. He was only 43! Of course, the lifespan in those days was a little different. Men lived an average of 37 years, so Glass had already lived longer than most men born in 1780 would. And he went on to live 10 more years.

Hugh Glass was tough. While he was still alive, he was a legend. He still is a legend. But who he was and how he got to be tougher than the grizzly that tried to take him down…that’s something no one really knows. There’s some speculation that he was a pirate for a few years, until he got tough enough to escape that life and decided to conquer the wild western territories instead. 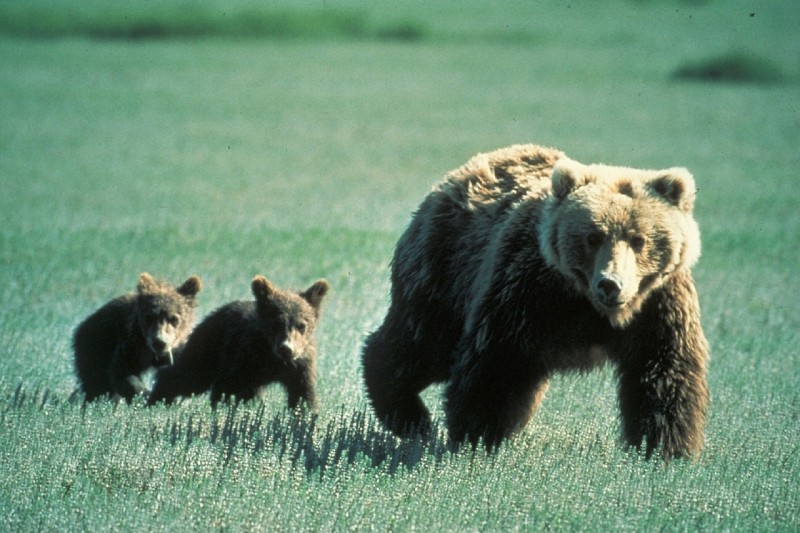 Hugh Glass beat up a mama grizzly bear, and won.

Most of the stories about Glass agree on one thing – he took a full-grown female grizzly bear down single-handed and without a rifle. How would you like to try that?

According to most accounts, including his own, Hugh Glass hauled his half-dead self to Fort Kiowa not out of a desperation to live. He was desperate to kill. Bridger and Fitzgerald, the two men who left him for dead and stole all his worldly possessions, were his targets. And he followed them both around the country until he was able to catch up with them.

But Forgiveness is Stronger 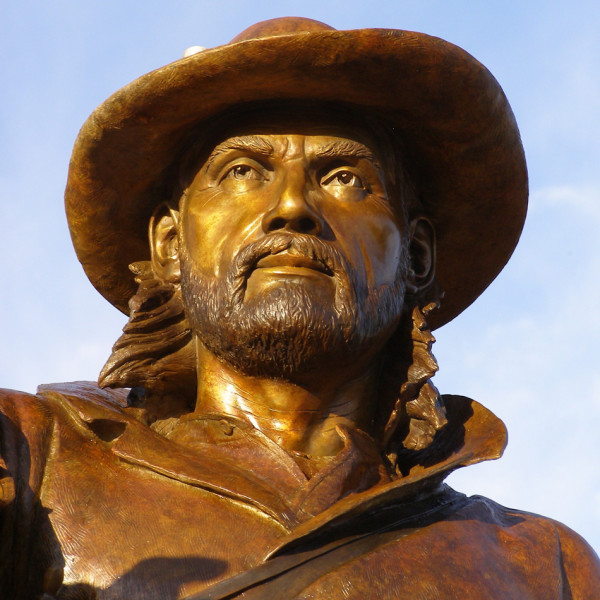 Jim Bridger went on to be one of history’s most influential mountain men.

Glass found Bridger first. He let the 19-year-old boy live, but history disagrees about why. Some stories claim that Bridger begged for his life, others cite his young age, and others claim that Bridger laid the blame on Fitzgerald. Whatever the reason, Glass went hunting for Fitzgerald, who still had his prized rifle, and left Bridger in peace.

Fitzgerald didn’t die at Glass’s hand as The Revenant might lead you to believe. Glass caught up with Fitzgerald and, despite a desperate desire for revenge, he let Fitzgerald live. Although you could kill a man for revenge in the Wild West, you couldn’t kill a soldier without paying a hefty price. And Fitzgerald had enlisted…

I'm a fan of honest words, clarity, and impact. A writer, editor, and translator, I spend my days guzzling coffee like a champ, living the expat dream, and being mom to world's sweetest preschooler. I’m co-owner and copywriting head at Rusmexus Writers, a history buff, and have a background in international relations.
0 POST COMMENT
NEXT ARTICLE
143 Pieces of Star Wars Trivia You Didn’t Know You Needed
February 5, 2016 - 5:40 am
PREVIOUS ARTICLE
Sydney, Australia: Urban Outback
January 17, 2016 - 4:41 am