Also known as Madras, Chennai, India is an ancient city that was also part of the British, French and Mysorian battle theaters in the 1600s. It’s the capital city of the Tamil Nadu province, and one of India’s largest metropolises. Like most of India’s large cities, it’s a crowded place. Although the heart of modern-day Chennai was built by the British (beginning in 1640), the city now encompasses areas that were inhabited over 1,000 years ago. Even before the British arrived, other Europeans made their mark on the area. The Dutch and Portuguese changed Chennai irrevocably before the arrival of the British, and the French entered the region towards the end of the British Raj. The stunning combination of cultures and the impressive history of this city make it one you won’t want to miss. Surrender of the City of Madras in 1746 to de La Bourdonnais, by Jacques François Joseph Swebach. Photo via wikipedia.

Most of Chennai’s most famous attractions are temples and shrines to Hindu deities. These architecturally astounding buildings are decorated in bright colors and intricate sculptures. Don’t be surprised if you see the temples in Chennai, India draped with decorations, either. Take a glimpse into Indian history and visit at least one of these unique spots.

I’d recommend that you start with the Sri Parthasarathy Temple. The Tamil poet Bharathiyar frequented this 8th century temple, and you’ll find that history is a main attraction here. The temple itself was built around the mythological location where the Hindu goddess Vedavalli was born inside of a lily flower, and the temple’s name pays homage to this mythic origin. The Sri Parthasarthy Temple is also the oldest temple in Chennai, and is located in the Triplicane area of the city.

The Parthasarathy Temple. Photo via wikipedia.

Is St. Thomas the Apostle in Chennai, India?

The Hindu religion isn’t the only one with important structures and stunning architecture in Chennai. Check out San Thome Church, also known as the International Shrine of St. Thomas Basilica, to see the purported burial site of St. Thomas the Apostle. Many Christians believe that St. Thomas went to Chennai in 52AD, and was martyred in 72AD. He was buried in Mylapore, Chennai. In 1986, Pope John Paul II prayed at the tomb buried under this Indian church. It’s one of three purported burial sites of Christ’s apostles that has a church erected above it.

In addition to its religious significance, the church is a common tourist stop thanks to it’s bright white exterior, unique sculptures, and beautiful grounds. It’s a stunning spot for visitors of all faiths, and offers spectacular views of the waterfront, as well.

Had enough of history for a bit? Take in a movie. But not just any movie. The cinema theaters in India are incredible, and Escape is no exception. With wildly different movie halls, extremely comfortable seating, onyx and marble floors and counters, high class dining, and an elegant ambiance, you can’t go wrong. Escape puts a new spin on movies in general. Did I mention that Escape also includes a spa, tea lounge, library, internet café, and gaming area? Chennai, India knows what Hollywood style means, and then some.

I think I need a movie break…

Curious about crocs? Check out the mass congregation of these huge reptiles at the Madras Crocodile Bank. In addition to the crocs themselves, there are exhibits where all kinds of reptiles can be seen. You’ll find everything from snakes to fish and giant tortoises here, and the location is a favorite for families with young children. Just keep a close eye on little fingers, since safety standards aren’t on par with what we’re used to in the West. 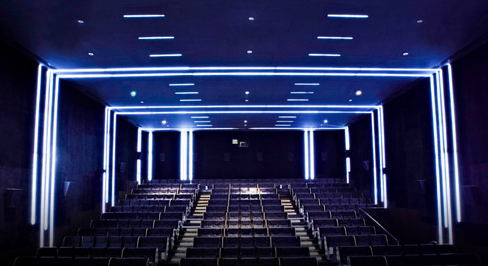 The Crocodile Bank is an active center of investigation in herpetology, and houses crocodilians and other species from around the world – including tomistomas, American alligators, and caymans, as well as crocs. Birds frequent the site, and exhibits (apart from the crocodilians, tortoises, and snakes) include turtles, iguanas and other reptiles, and even eggs. Education and awareness programs range from daily feedings to traditional snake venom extraction by indigenous peoples from the region surrounding Chennai, India.

The Huddleston Gardens of Theosophical Society

Spanning 260 impressive acres, the Huddleston Gardens are home to many rare plant species, including mahogany trees. The most impressive (and probably the oldest) living inhabitant is a 450-foot banyan tree named Aydar aala maram. The roots of this tree stretch over 60,000 square meters.

This isn’t the kind of park you can stroll through calmly, although it is peaceful. In addition to the library, you’ll find migratory birds, large cat species (wild cats), jackals, mongooses, spiders, rabbits…an impressive array of wild animals in a stunning inner city location.

This artist’s commune is the largest in India and inspired a major art movement from the 1950s-1980s in the country – the Madras Movement of Art. Formally established in 1966, the art produced here is everything from Indian modernism to traditional handicrafts, and is famous across India. The reason for the variety is survival, in part. Before collector art was saleable in Southern India, the founders of this commune focused on traditional arts and crafts to help pay the bills for their real passion.

Today, Cholamandal Artists’ Village is a fascinating place to visit, the artwork inside is captivating and delightful, and the attractions include numerous galleries, an open-air theater that hosts dance and theater performances, and several museums. Only half of the original forty artists remain in this  commune, and new members aren’t accepted. Stop by before this captivating site fades into memory.

India’s trains are internationally famous, and in the Regional Rail Museum you can learn about their history, construction, and innovations that have helped the country’s rail system succeed. Chennai is the proud home of the regional rail museum, and the grounds include children’s games, rides and exhibits geared for children and adults, and even model trains. It’s a fun stop, especially for the little ones, and unlike the equally entertaining Crocodile Bank, there’s no risk of being eaten here.

A fascinating destination with wildly varied exhibits and some…interesting…perspectives on anthropology, the Egmore museum is a treat for adults and kids. Guess what artifacts are, learn about folk beliefs from the area, see halls full of Hindu wooden carvings, and marvel at the architecture of the building itself. This museum is a sweet note to end any trip to Chennai on, and is also India’s second oldest government museum. Collections of note include a massive collection of Roman antiquities, coins and money, and archeology. The museum opened in 1851, and has operated at its current site since 1854 It’s also a Manuscript Conservation Center for the Indian government, and houses a 3D theater in the children’s area. Heading to Chennai, India? Tell us about your trip. If you’ve already been there, live there, or would love to go there, leave a comment to let us know what inspires you about the city. If you find Chennai fascinating, but didn’t know about it until today, share this post and spread the word! 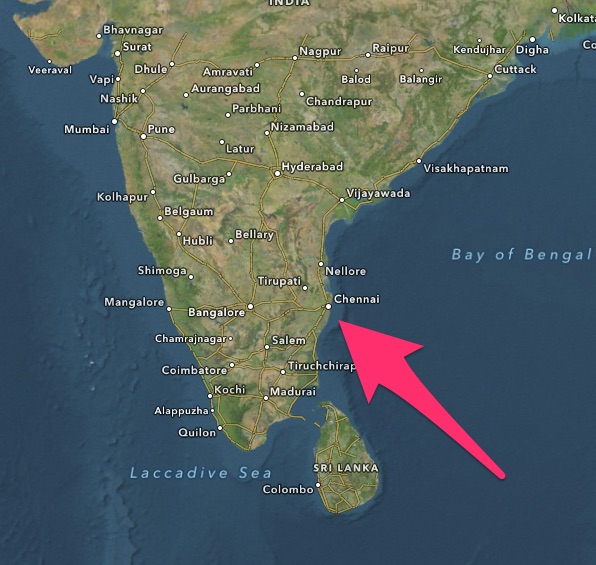 I'm a fan of honest words, clarity, and impact. A writer, editor, and translator, I spend my days guzzling coffee like a champ, living the expat dream, and being mom to world's sweetest preschooler. I’m co-owner and copywriting head at Rusmexus Writers, a history buff, and have a background in international relations.
0 POST COMMENT
NEXT ARTICLE
The Donner Party: Suffering on the American Plains
March 19, 2015 - 3:15 pm
PREVIOUS ARTICLE
Halifax, Nova Scotia: Explosive History
March 10, 2015 - 3:41 pm