The New 7 Wonders of Nature and Whether to Even Bother

The New 7 Wonders of Nature

You’ve got a vacation coming up and you’re not sure if you want to go back to your Grandmother’s rental property in Boca Raton again.

You’ve heard of the Seven Wonder of the Ancient World, and you may have even heard of lists including man-made wonders like the Great Wall of China and Leaning Tower of Pisa, but today we’re talking about the New Seven Wonders of Nature (New7Wonders) as compiled by a global poll in 2007.

People say you should get off your butt and see this stuff, but who the heck are they? They don’t know you like I know you.  Let me give you the straight talk, fearful traveler. 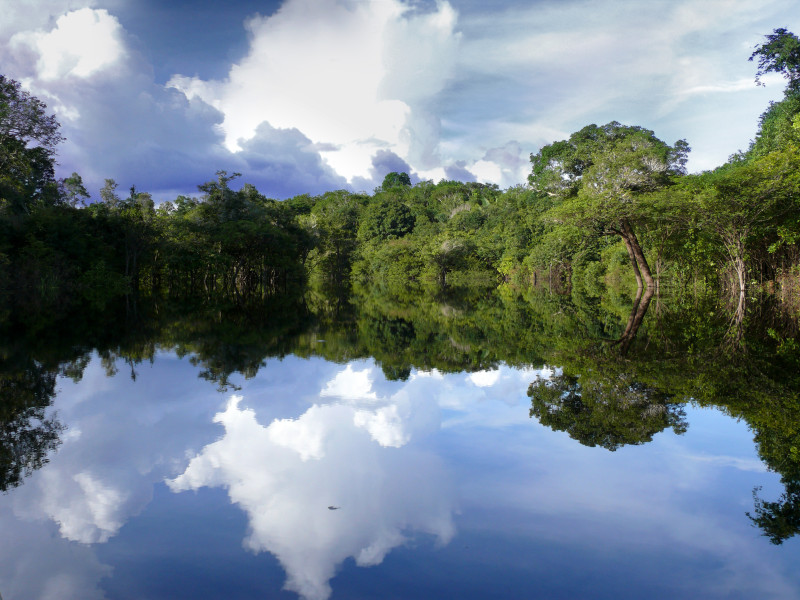 Where is it?: Mostly in Brazil, but also in Bolivia, Colombia, Ecuador, yada yada, here’s a map.
What is it?: Self explanatory.  You’ve at least heard of this, no?
Risk of Sickness/Death:  High. If the jungle diseases don’t kill you, an anaconda probably will.
Pros: Tranquil canoe rides down isolated riverways. Epic wildlife. Relaxing naps in hammocks to the sounds of the jungle.
Cons:  Howler monkeys are actually quite annoying to sleep to, bug bites, humidity, predatory mammals, and the ever-present worry you will stumble into a marijuana field guarded by rebels.
Should I bring the kids?: Nope. Unless they’re handy with a machete.
SHOULD I EVEN BOTHER?:  Heightened expectations make you believe you’ll find the cure for cancer, or discover a tribe that’s never seen white people before, but chances are it’ll be a lot of sweaty hikes, canoe rides, and bug bites.

Where is it? Jeju Island is just south of mainland South Korea.  Map. You can fly there from any major airport in the region.
What is it? Billed as the “Hawaii of South Korea,” it’s where hundreds of newlywed Koreans go on their honeymoon. Except instead of long walks on the beach, it’s long walks in stunning underground volcano caves. Plus, you can also walk on the beach. Take that Hawaii! Jeju is full of volcanoes, mountains, museums, something called the “Fire festival” – which looks awesome, and so much more. It includes a sculpture attraction called “Loveland” that is totally Not Safe For Work. “Google” that on your own time.
Risk of Sickness/Death: Low. In fact, South Korea is a super-safe country as it is, and Jeju’s crime rate is even lower.  You might want to stick to the restaurants in town though.
Pros: Did I mention Loveland? Yeah, that and volcanoes.  Sold!
Cons: Quite a distance from North America. So, you’re gonna have to make a big trip out of it, and it’s gonna add another flight to your already exhausting flight schedule.
Should I  bring the kids?: Sure, but probably skip Loveland to avoid the awkward conversation.
SHOULD I EVEN BOTHER?: Yes, if you have at least two weeks and South Korea is on your itinerary. 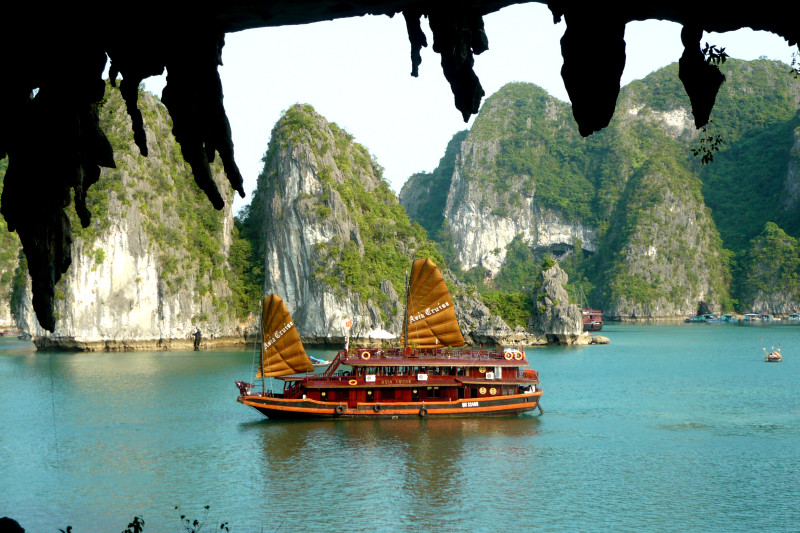 Where is it?: North Vietnam, south of Hanoi.
What is it?: The Bay of the Descending Dragons as it’s known, is famous for it’s “cliffs of insanity” jutting out of the water.  Here you’ll also find isolated, uninhabited coves that would rival that DiCaprio flick, The Beach.
Risk of Sickness/Death: Moderate to severe based on how tough you are.
Pros: They didn’t give it an epic name for nothing. See pic.
Cons:  Charlatans everywhere! Someone will quite literally sell you on a slow boat to China. Scammers and petty criminals target tourists pretty hardcore in Vietnam. Water pollution and small islands of trash may ruin your day. Weather is also an issue and could seriously dampen your view.
Should I bring the kids?: You could introduce them to this chaos if that’s cool with you.
SHOULD I EVEN BOTHER?: Skip it, and download the wallpaper. 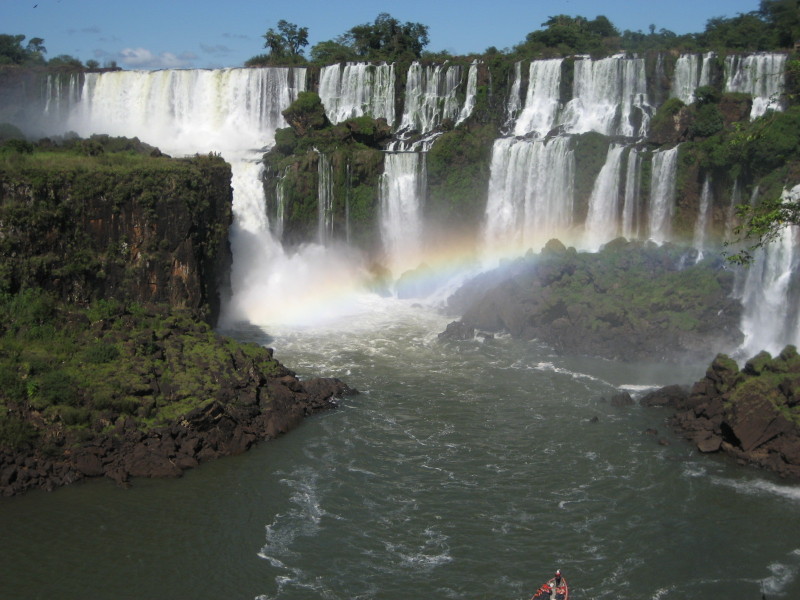 Where is it?: Borders Argentina and Brazil
What is it?: Massive waterfall bigger and wider than Niagara falls.  Upon seeing Iguazú, Eleanor Roosevelt exclaimed, “Poor Niagara!”  The Brazilian side is the one to see, but you could spend two days here.  See “Devil’s throat,” ’cause anything named “Devil’s Throat” is probably badass.
Risk of Sickness/Death: “Safe by Brazilian standards” is what they say.  I’ll let you decide what that means. Stay away from Paraguay.
Pros: Stunning waterfall views. Nature hikes. Boat trips at the base of the falls.
Cons: Not much else to do in the area.
Should I bring the kids?: Yes, this will burn into their retinas and they will forever speak of that one time you did that awesome trip.
SHOULD I EVEN BOTHER?: I say, what the heck. 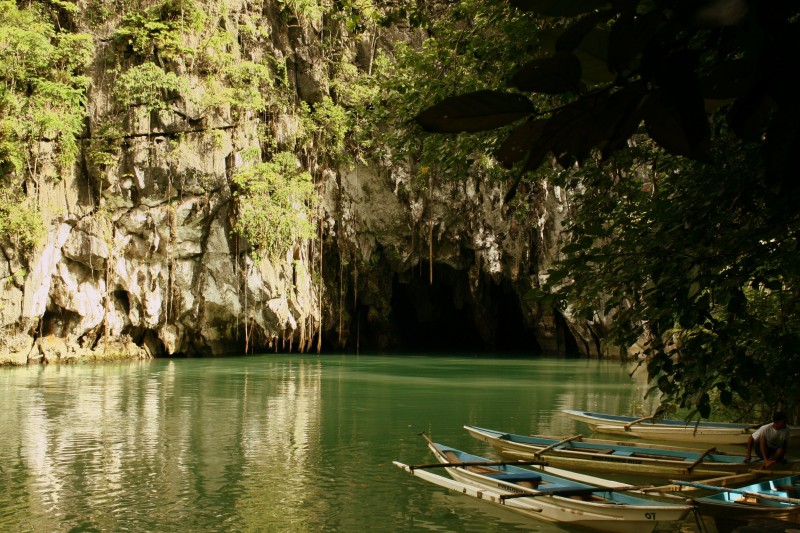 Where is it?: 360 miles from Manila, the capital of the Philippines.
What is it?: The Pirates of the Caribbean ride but FOR REAL.  Travel by boat on an underground river which has multiple levels with drop offs, just like the ride.
Risk of Sickness/Death: Moderate-Low.  Giant hell-beast spiders, bats, and snakes live in the caves.
Pros: Totally unique experience this side of EPCOT.  Good food, good lodging.
Cons: Kind of a pain getting here (but what isn’t on this list?)
Should I bring the kids?: Any kid out of diapers –  go for it.
SHOULD I EVEN BOTHER?: Carpe Diem! There’s a good story here. 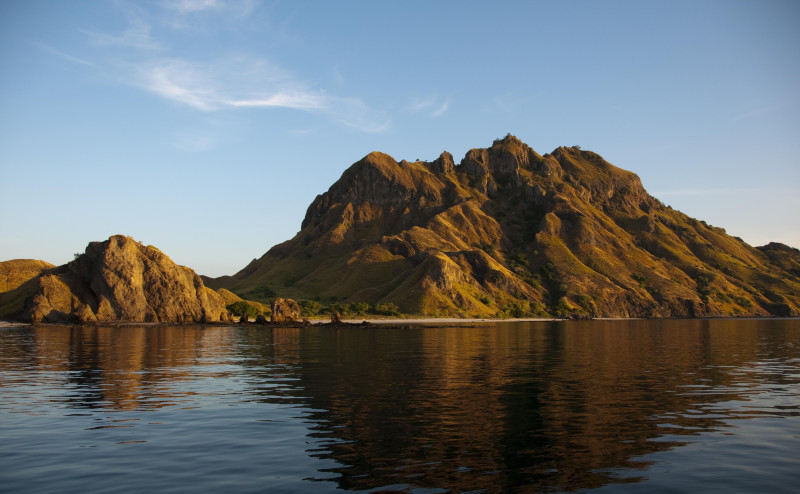 Where is it?: One of the 17,508 islands that make up Indonesia.
What is it?: An island of misfit komodo dragons. You’re given a stick and a guide, and told not to let the venomous dragon bite you and stalk you to your death. They jump higher and run faster than a human, and they are known to attack. Seriously, the houses are on stilts. Pretty amazing scuba diving as well.
Risk of Sickness/Death: High. If you are not killed by a komodo dragon, you will most certainly succomb to the bacteria in the water, which you SHOULD NOT DRINK under any circumstances.  It’s basically komodo dragon spit.
Pros: Unique exotic wildlife. Insanely beautiful beaches and sunsets.
Cons: Besides the fact that nearly everything can kill you, the journey getting here will probably kill you first.
Should I bring the kids?: No.  There’s always that family that brings their kids everywhere, because they’re way cooler than you will ever be, but I’m not telling my mother that the grandkids were eaten by dragons.
SHOULD I EVEN BOTHER?: Unless you’re really into komodo dragons (which means you’re probably super popular), skip it. But again, download the wallpaper. 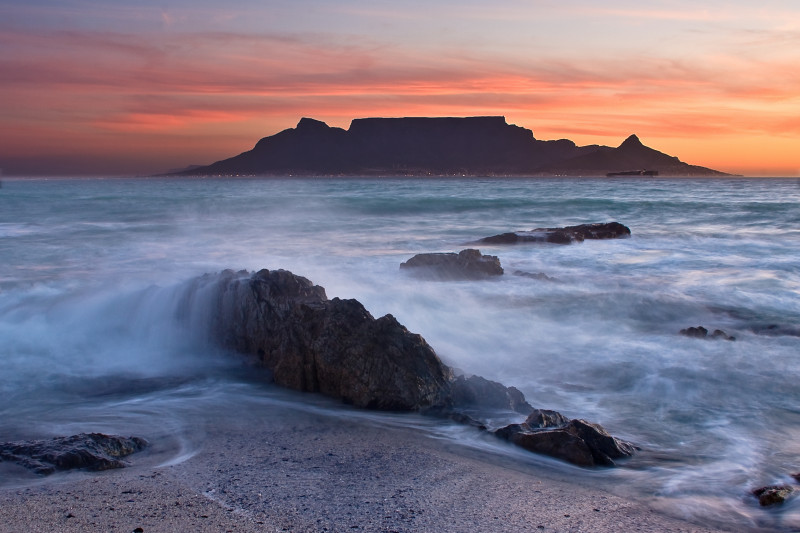 Where is it?: Cape Town, South Africa near the southernmost tip of the continent.
What is it?: Landmark mountain and national park. Tons of outdoor activities.  Beautiful picture points.  See ancient shipwrecks.
Risk of Sickness/Death: Low. Modern amenities and lodging. Don’t travel too far outside of Cape Town if you don’t know what you’re doing.
Pros: Hike, mountain climb, scuba, cable car.  Great weather. Drive your own rental car.
Cons: Do not make eye contact with baboons.  They will attack you.  No joke.
Should I bring the kids?: Yes.
SHOULD I EVEN BOTHER?: Cape Town is becoming a great city to travel to.  Thumbs up.