The next time you fly, take a good look at the flight attendants and pursers who tend to your section. There’s one story that many of them know, and you’ve likely never heard. It centers around a young model from India, and should never be forgotten.

On September 4th, 1986, three days before her 23rd birthday, Neerja Bhanot was happy. She’d completed a photography shoot with a talented director and was at home with her parents. Pan Am airlines would collect her at 1:15AM for a flight to Pakistan on a plane that would then continue to Western Europe. Tired from her photo shoot, one of several in recent months, Lado (as her family called her) took a cold shower when her mother woke her up for her flight. Recently promoted to purser, she would be in command of all flight attendants on this flight.

Neerja’s modeling career was taking off and her job as a purser was an added blessing. The previous year, she’d returned as a newlywed to India on a modeling contract and learned that her husband of two months had sent a list of demands and dowry requirements to her parents for her to comply with if she wanted to return to him. Their marriage was an arranged one, the result of an advertisement – not of love. No dowry had been promised. In his letter, Neerja’s new husband put her down, implying that she was nothing without him.

That was something she couldn’t stomach.

A strong-willed 22-year-old woman, Neerja turned to her parents for help. She moved back in with them and looked for work. After a short search, she found quick success as a model, and finally was selected from a pool of nearly 10,000 applicants for the Pan Am job. Her life was changing quickly for the better. 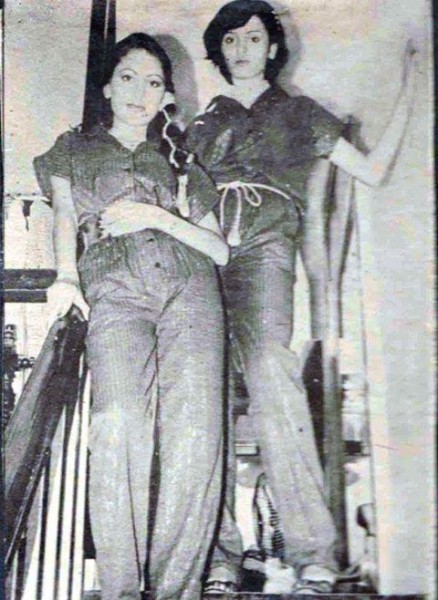 On September 5th, 1986, the flight from India to Pakistan went without incident. Smooth skies and happy passengers headed to all points west touched down in Pakistan at Jinnah International Airport in Karachi. And that’s where things changed – rapidly. 4 armed gunmen boarded the plane. Terrorists from the Abu Nidal Organization, with backing from Libya, took control of the aircraft. Neerja shouted a coded warning to the cabin, and the pilot and copilots managed to slip away unseen, as per airline protocol, so that the plane could not take off. 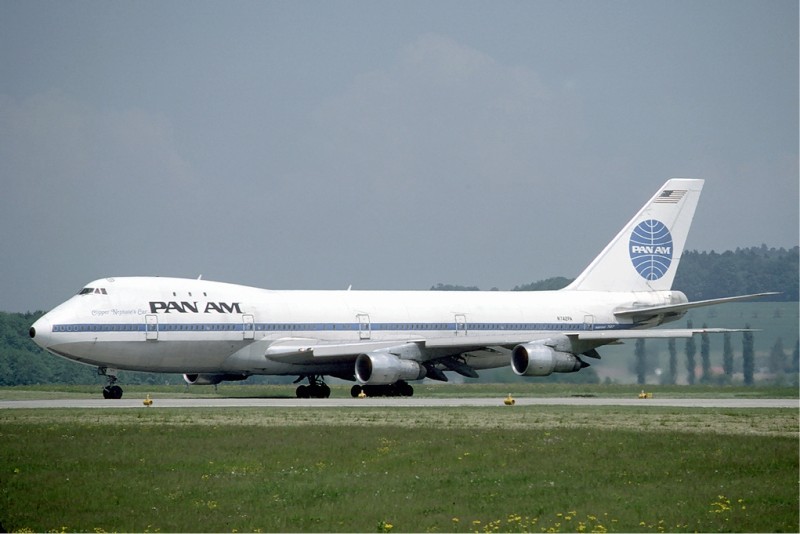 This photo by Eduard Marmet shows a Boeing 747 owned by Pan Am, the same type of plane that Neerja Bhanot crewed on September 5th, 1986.

Meanwhile, 400 passengers remained on board the aircraft. For the next 16 hours, Neerja kept her calm. She covertly collected and disposed of the passports of the Americans onboard, hiding some under a seat and stuffing the rest down a garbage chute. The terrorists had already expressed a desire to kill Americans, and had shot a young Indian American hostage at the start of the exchange to prove their point when their demands weren’t treated seriously.

Somehow, Neerja conveyed an attitude that told the passengers and her fellow crew that things would be alright. They would be fine. And for 16 hours, they were. Luck ran out when the plane’s power died, making the terrorists nervous. Bullets started to fly.

Through the chaos, Neerja kept a cool head. She proceeded to the emergency exit and set up the inflatable exit slide. Thanks to her efforts, the majority of passengers escaped alive. But she wasn’t done. Neerja could have left the plane with ease. Instead, although she’d been shot in the arm, she insisted on helping other passengers escape before saving herself. Finally, once the majority of passengers had escaped, she used her body to shield three small children and slid out of the plane.

Bullets sprayed towards her from the interior. She was shot multiple times and died on the scene, but the children lived. Neerja had sacrificed herself to save the lives of hundreds of strangers, and her final act was to use her body to protect those who were least able to protect themselves. When the chaos ended, a total of 20 passengers were killed and 120 more were injured. There were 398 passengers on the plane, and had Neerja not been as valiant, determined, and self-sacrificing, many more would have died.

For her brave and selfless sacrifice, after her death Neerja Bhanot was awarded India’s most prestigious peacetime award, the Ashok Chandra, as well as India’s Ministry of Civil Aviation Award. Additionally, Pakistan awarded her the Tamgha-e-Insaaniyat for extreme kindness and the United States recognized her bravery with the Flight Safety Foundation Award, the Justice for Crimes Award, and the Special Courage Award.

The hijackers who took over the plane were captured, tried, and sentenced to death in 1988 in Pakistan, but their sentences were later commuted to life in prison. That sentence evidently didn’t hold, as in 2001, one of the hijackers was released in Pakistan and later captured by the United States while in Bangkok. He is now imprisoned in Colorado. Supposedly, one of the other hijackers was killed by a drone missile strike in another region of Pakistan, but there is doubt as to the legitimacy of this claim – he is believed to still be on the loose.

Neerja’s brothers continue to mourn her. The brave young woman’s parents both passed away, her mother only recently – in December, 2015. The couple established a fund in their daughter’s honor, using money donated by Pan Am and by individuals who sympathized with their loss. Every year, the fund awards two scholarships. One goes to a woman who is dealing with issues such as dowry or abandonment problems in India and is working actively to help others in similar circumstances. The other award is given to an airline crew member who goes above and beyond the call of duty.

A movie based on Neerja’s lifesaving actions is due to hit theaters in India shortly. It’s already been banned in Pakistan.

I'm a fan of honest words, clarity, and impact. A writer, editor, and translator, I spend my days guzzling coffee like a champ, living the expat dream, and being mom to world's sweetest preschooler. I’m co-owner and copywriting head at Rusmexus Writers, a history buff, and have a background in international relations.
0 POST COMMENT
NEXT ARTICLE
9 Famous Landmarks That Aren’t What You Think They Are
March 2, 2016 - 12:08 am
PREVIOUS ARTICLE
The Endurance and the James Caird: Possibly the Greatest Boating Rescue Ever.
February 14, 2016 - 5:18 am