Around the world there are hundreds famous landmarks we’re sure we know everything about. You know them by sight, could probably draw them blindfolded, and if you haven’t already seen them, they’re probably your bucket list. The nine famous landmarks below defy logic. You’ll recognize them instantly, but trust us. These landmarks aren’t what you think they are. Even the world’s most famous landmark, the Eiffel Tower, made this list! 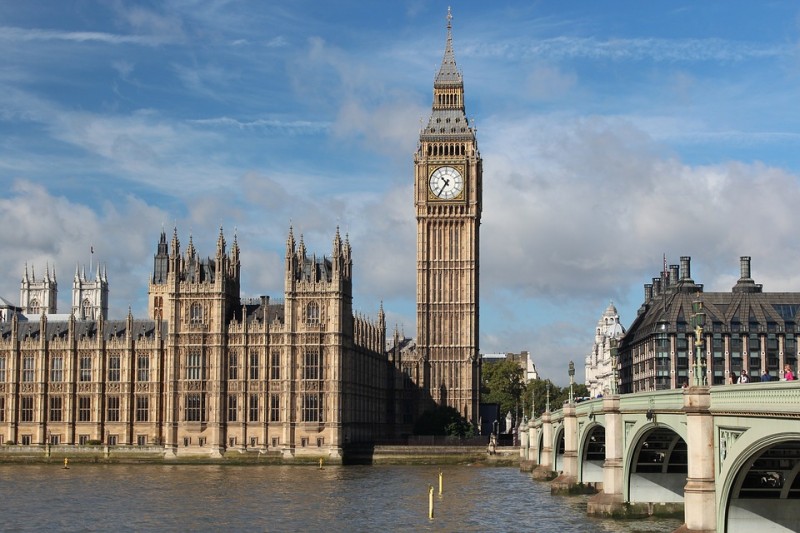 Big Ben…what do YOU think it is?

Big Ben. The image of London’s most famous landmark instantly brings to mind a tall, stately clock tower and the British monarchy. But it has nothing to do with the clock, or the tower. Big Ben is a big bell; one you’ve never seen because it sits behind the clock in Elizabeth Tower. Weighing in at 16 tons and cast on the 6th of August inn 1856, it was the largest bell in the British Isles until Great Paul of St. Paul’s Cathedral was made. Much like another famous bell, Big Ben cracked early in its use and the sound it produces was permanently affected. 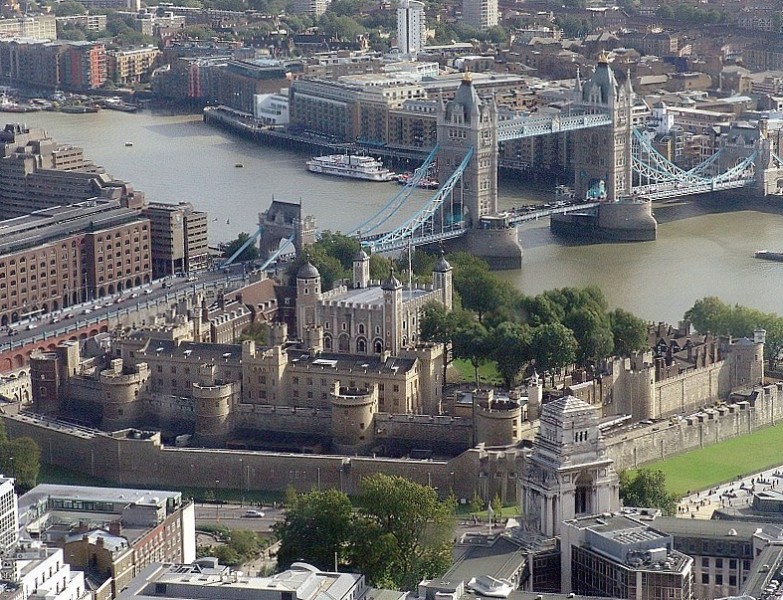 The Tower of London isn’t even a tower!

Speaking of London, you’ll quickly recognize the Tower of London, too. But did you know that some of its most famous inhabitants weren’t prisoners awaiting execution for offending the crown? In fact, many didn’t have two feet. They had four. For years, the Tower of London was a zoo – but not for the public, and only as part of the Tower’s use as a castle. King Henry III was the first to keep odd and exotic animals like polar bears here, but by far not the last. The Royal Menagerie’s animals left in 1835, after reaching a peak population of 280 animals from 60 different species in 1828. The Lion Tower, where this odd private zoo was kept was demolished in 1853, when the last royal zookeeper died. In 2011, an exhibit that recalls this bizarre period in the Tower of London’s history was hosted in the Tower. 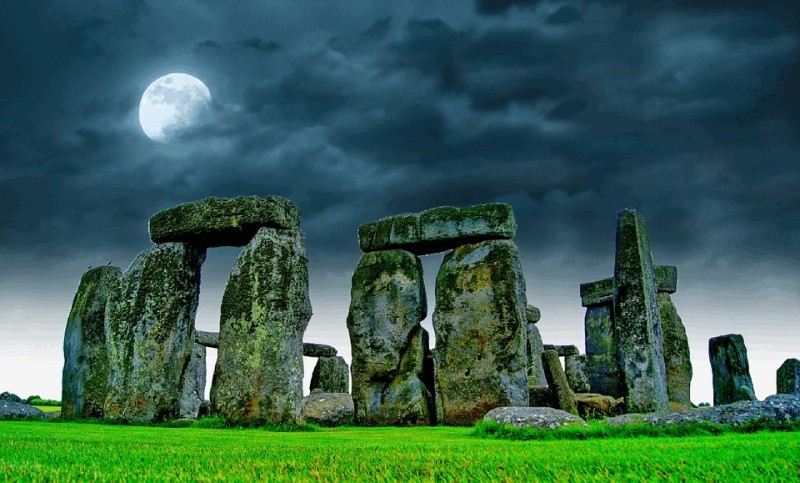 Sorry Neo-Druids…this isn’t what you think.

This bizarre assortment of ancient stones, transported miles and placed in an odd formation that seems to have something to do with the solstices isn’t exactly as it’s portrayed in pop culture. Sure, it likely served as a place of worship, but did you know it was also a cemetery of sorts? Or that around the giant stones, there was once an intricate network of wooden pillars, too? That’s not all. Stonehenge is not unique. There are multiple sites with similar layout, although this is by far the most famous, largest, and best preserved.

Oh, and it’s not all about the stones. Wooden posts were used in circular formation at this site as early as 8000BC. Oddly enough, nothing like the first site was known in Britain, but similar wooden circles from this period have been found in Scandinavia. Most likely, it was either a place of healing or a ritual site that symbolized passing from life to death. Bodies at the site aren’t necessarily British, either – of the thousands buried there, many are from regions as far away as the German Alps and the Mediterranean coast. 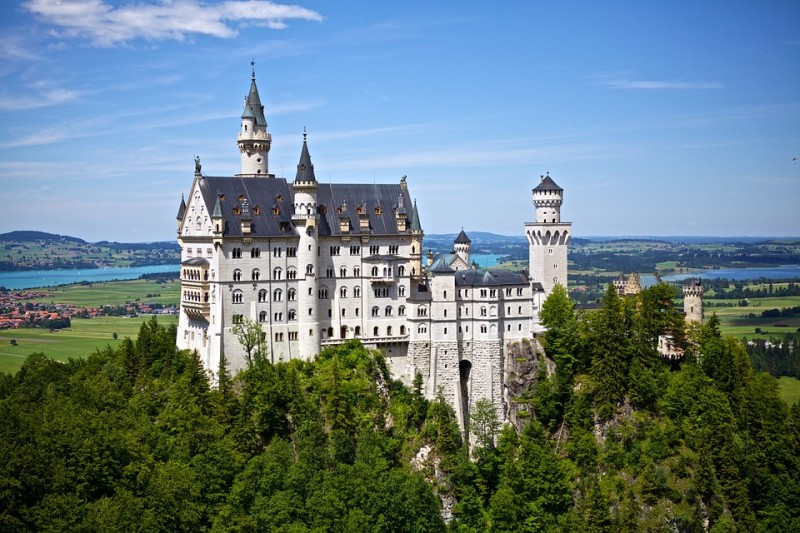 At the foot of the German alps, a fairytale castle sits, nestled in pine woods and surrounded by fog on many mornings. It seems like the perfect setting for a true Cinderella story; a place where fairytales can come true. Inside, however, it gets a little more complicated. Each room in this bizarre journey into the mind of King Ludwig II, and many are architectural representations of scenes from Wagner operas. Richard Wagner and the king were good friends. There are caves, ornate wooden décor, fascinating paintings, and a host of bizarre and captivating scenes. And the story of how it came to be is just as intriguing as this bizarre castle.

Ludwig II was a little nuts… or not. He built this castle in homage to Wagner and as a personal retreat for himself. He could have used money from the public coffers, but instead funded the project by borrowing heavily, and against the advice of his royal ministers. Ludwig II died under very suspicious circumstances while the building was under construction in 1886, at which point it was opened to the public. Never finished, the construction was terminated in 1892. 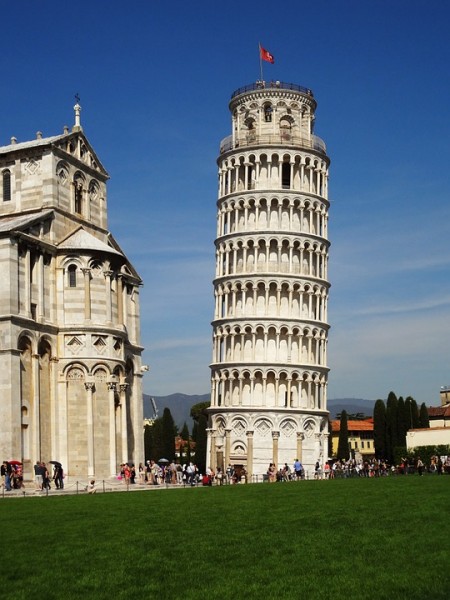 Round, ornate, and seemingly designed to make us stand and scratch our heads as to how it stays put, the Leaning Tower of Pisa is an engineering marvel – both in its construction and because it’s still standing. You may never have thought about why it exists; I know I didn’t. This giant stone marvel isn’t a Roman head game, however. It’s a bell tower.

The tower has been tilted for its entire existence. The tower was too heavy for the foundation from the start. The tilt was slightly corrected in the 20th and 21st centuries, but still leans enough to impress visitors. It took 199 years to construct, beginning in 1173. 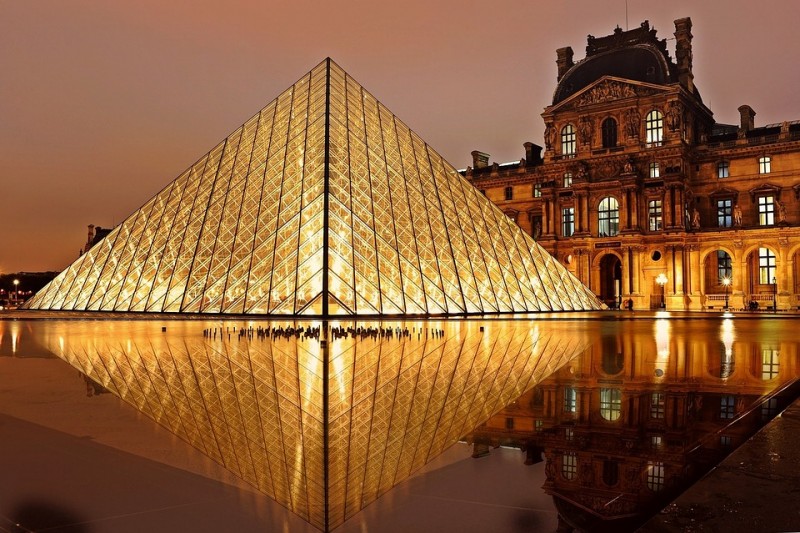 The most artistic fortress on the planet.

When construction began in 1190, the Louvre wasn’t designed as a palace or a museum. It was a fortress. Designed to protect the city of Paris, it showed a strong step in favor of urbanism on the part of the French king, Philippe Auguste. He was headed to the Crusades, but the idea of cities had been tenuous until this made them a royally-approved place to live.

The Louvre actually had a prison inside at its start, one which still exists – but obviously not to hold prisoners. It became a residence for French kings in the 1500s (the Louvre, not the prison inside it), and was drastically remodeled to make it suitable as a home for royalty. The French revolutionaries made it their home, but also a museum, as did the monarchs that followed them. Eventually, the monarchy collapsed. That’s when government departments moved in, taking up a lot of space. The collections continued to grow, however, and today the Louvre is the most visited museum in the world. More than 9.26 million people visit it each year. 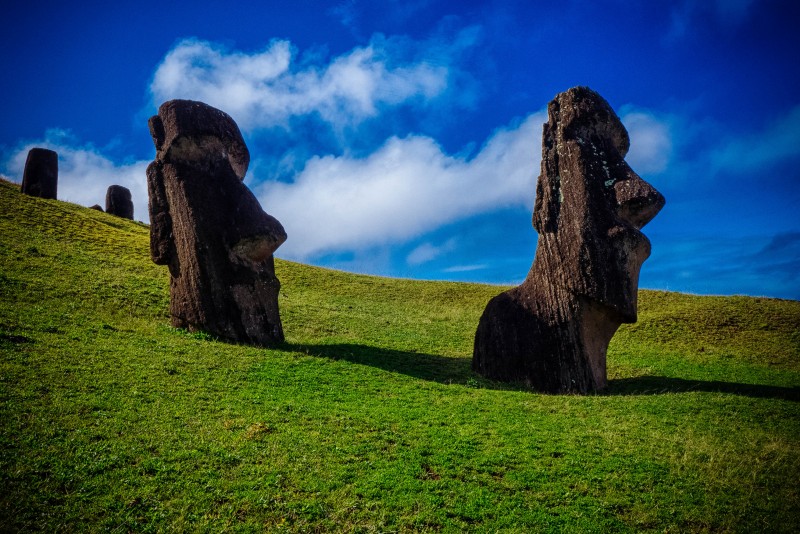 If you’ve ever seen the giant Moai stone status on Easter Island, you know they’re a bunch of big heads. What you might not realize is that they all have bodies, too. Built to represent the living faces of defied ancestors, these giant stone figures weigh up to 86 tons, and the largest – although never finished – would have topped the scales at 270 tons and 21 meters in height.

As the Moai culture collapsed, the islanders tipped over many of the statues. Earthquakes likely toppled many others. The civilizations collapse was ushered in by deforestation that prevented boat building by fishermen and destroyed the habitat of migratory birds, leading to a lack of food. Their fate was later sealed by the slave trade, which left the Rapa Nui people who originally carved these impressive monoliths without leadership, sick, and injured. 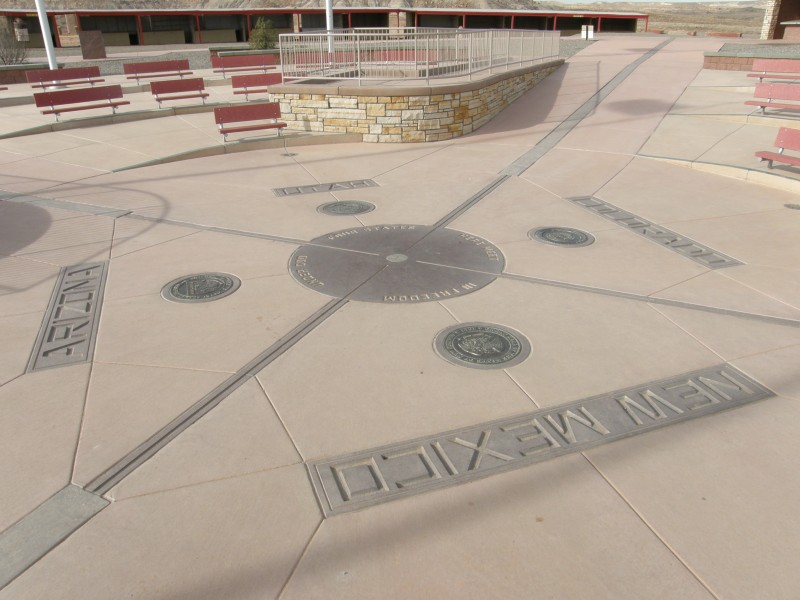 In the United States, Four Corners National Monument is a bit of an odd landmark. Designed to mark the intersection of four states (Arizona, Colorado, New Mexico, and Utah) – it’s actually 1,807 feet to the West. You’ll find plenty of tourist attractions, snack, and souvenir shops at the monument for the 250,000 annual visitors it receives, but where the actual intersection of these states occurs there’s…nothing. 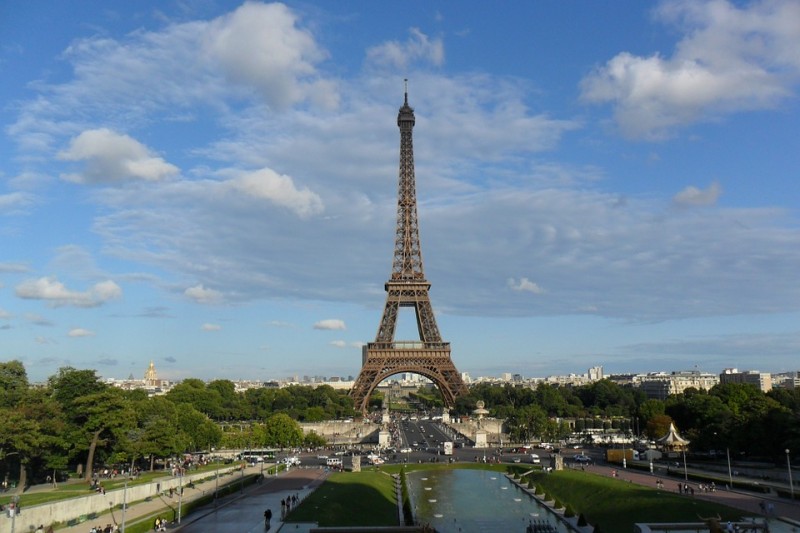 Eyesore or icon? You decide.

J’aime Paris! Of course, there’s one thing you might not know. This landmark, originally built for the World’s Fair of 1889 and designed based on the cellular structure of a human femur, was considered the city’s biggest eyesore. Parisians begged to have it removed when it was first built, but today, their grandchildren are used to its unique and memorable appearance. The monument we recognize internationally as the symbol of Paris was once the most-despised landmark in the city. If you get hungry while there, you can indulge in something else France is famous for – good food. There are two restaurants in the Eiffel Tower.

Know any famous landmarks that just aren’t what the public thinks they are or are hiding a secret past? Tell us about them in the comments!

I'm a fan of honest words, clarity, and impact. A writer, editor, and translator, I spend my days guzzling coffee like a champ, living the expat dream, and being mom to world's sweetest preschooler. I’m co-owner and copywriting head at Rusmexus Writers, a history buff, and have a background in international relations.
0 POST COMMENT
NEXT ARTICLE
Vancouver, Canada: Ancient settlement with a modern vibe
March 27, 2016 - 11:47 pm
PREVIOUS ARTICLE
The Hero Flight Attendant You Probably Never Heard of: Neerja Bhanot
February 15, 2016 - 3:23 pm