Japan is an island country with a reputation for the bizarre, and not without reason. Even the history here can be…different. Take a look at some of the craziest spots we found, from Naoshima to Odaiba. Some are truly historic, and others are in the process of making history. 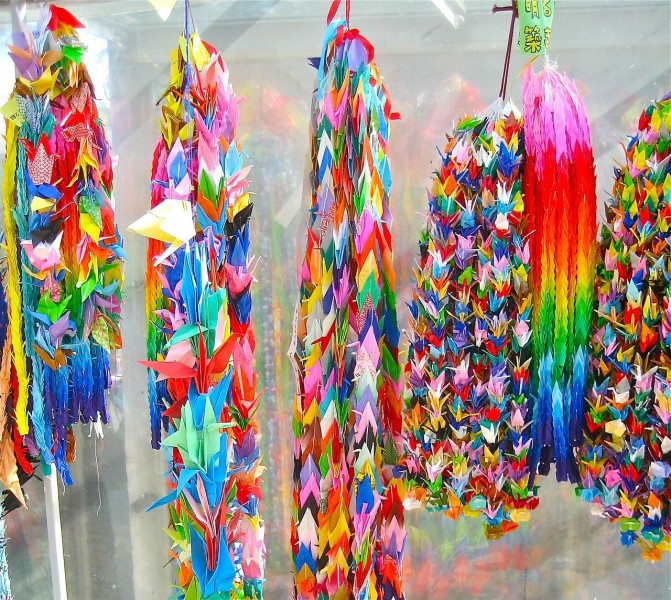 Origami cranes like the ones seen at the Children’s Peace Memorial.

Don’t be surprised if you see colorful paper cranes all over this memorial. They’re for the kids who died from leukemia following the atom bomb attack. The Children’s Peace Monument is a sad site, but worth the visit. 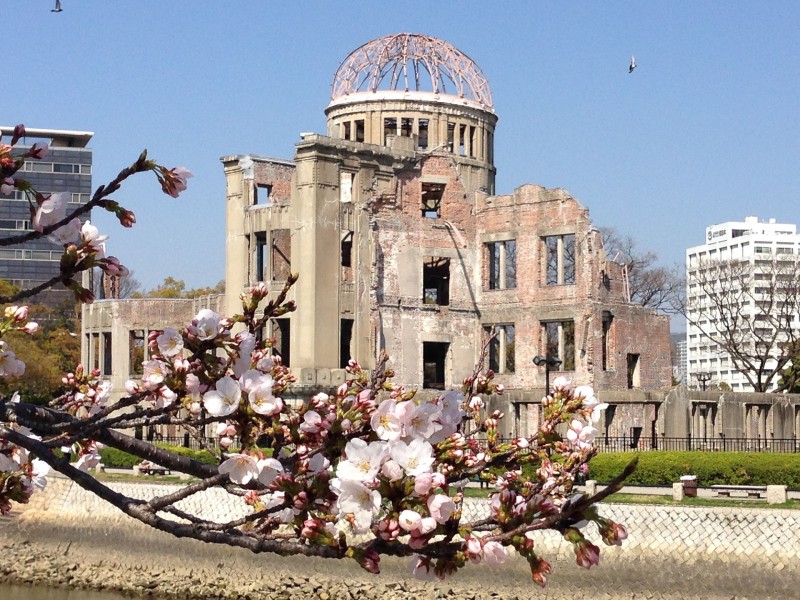 The A-Bomb Dome was built in 1915 by a Czech architect, while Japan was obsessed with European architecture. It’s the only structure that made it through the bombing, and it’s now the symbol of “Peace City”, the park that commemorates the tragic event. 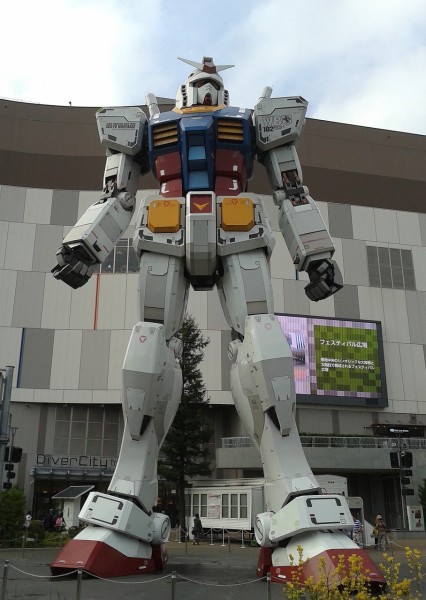 Monstrous robots like Steel Dan are par for the course on Odaiba.

It’s a mall. It’s an island. It’s a bizarre museum of the future, robot exhibits, the Statue of Liberty, and a lot more…and it’s definitely worth a stop. 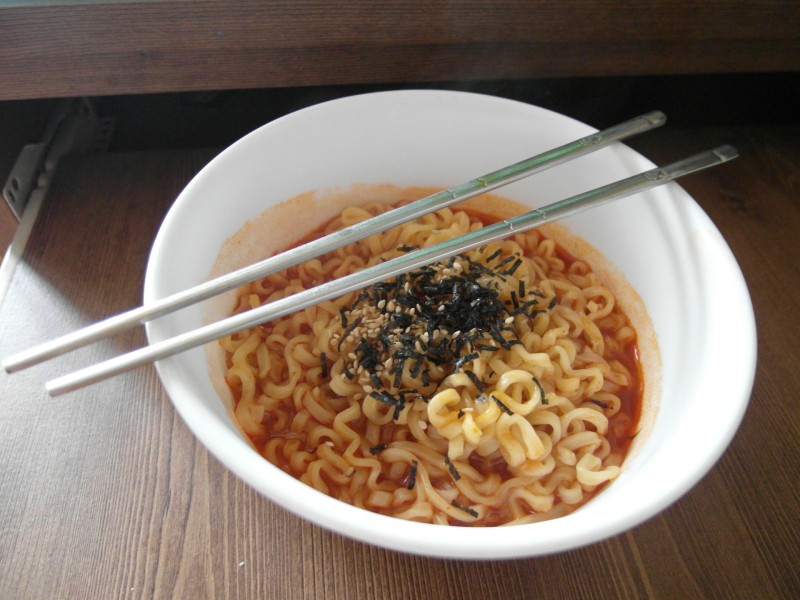 There’s a museum for this…

Love it or hate it, instant ramen is the most famous college dietary staple around the world, and for .20 cents a pack, it’s easy to see why. The Momofoku Ando Instant Ramen Museum is dedicated to this sodium-laden staple, and you can even make your own ramen here, choosing up to 5,000 flavor combinations.

Bend your mind a bit in this unique museum. There’s no main entrance, and perspectives can definitely shift while you’re inside. The museum is what would happen if Willy Wonka made art instead of chocolate, and it’s worth the stop…

It began with a book and became a cultural practice. The suicide forest, Aokigahara, is a somber place where suicides happen so often that the government now posts signs like “your family loves you” and “please don’t do this” to discourage suicides here. Not exactly a tourist stop, but uniquely Japanese.

Anime fans, this is a stop for you. It’s bizarre intriguing, and you have to come at an appointed day and time. You can’t take photos, you can’t eat or drink, and you can only screen one movie, oh, and the cat bus is only for elementary school kids. BUT, it is the one place in the world you can see a secret Ghibli film and where adults can sip Valley of the Wind beer.

A window into Tokyo of days gone by, this public bath house has a street fair atmosphere with carnival games, a fortune teller, the chance to throw a ninja star, and taste traditional Japanese candies – all while wearing Japanese yukata. Just one caveat – no people with tattoos allowed. And be prepared – yes kids are welcome, but people get naked in the Onsen baths. 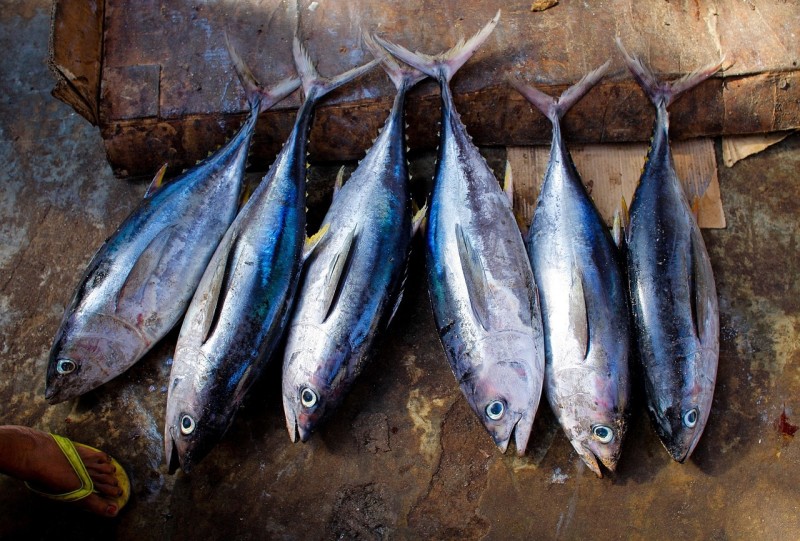 It sounds like a great band name, but it’s a real memorial for a very tragic event. US nuclear testing in Bikini Atoll led to fallout that looked like snow. Sailors on the Lucky Dragon tuna boat collected it, curious about what it was. Soon, they got very sick and died. When the boat came to port it was quarantined, trashed, and then rescued to become a museum. Its cargo, 450 tons of atomic tuna, was destroyed and has its own memorial. 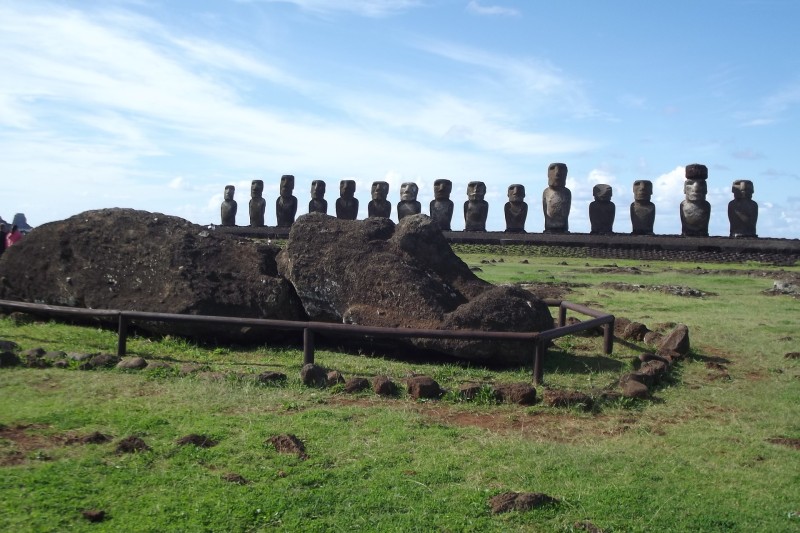 The real Easter Island. Japan’s has Stonehenge and a giant Buddha. Take that, world.

The Japanese work too much, up to 19 hours each day. Napping at the office is considered a good thing, and vacation…is not. To make it easier to see the world, the Japanese brought the world home. Hence, Makomani Takino, home to replicas of many key sites, like Easter Island’s statues and Stonehenge. There’s just one catch. Only the dead have time to rest in Japan, and Makomanai Takino is a cemetery.

A bizarre and groundbreaking piece of landscape architecture, this park is sure to bend your mind more than a little. And that’s exactly what it’s designed to do.

Rumor has it that once upon a time, a laboratory that practiced animal testing on rabbits was based here. No matter how they arrived, the rabbits have taken over the island, and albeit cute, they’re everywhere. If you’re looking for cuteness overload, stop here first. Or Cat Island, if that’s your thing (and yes, it’s a thing.) 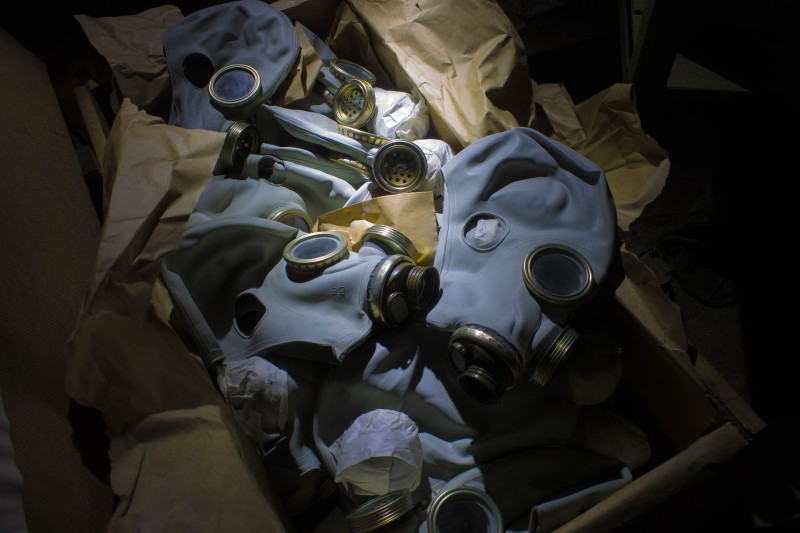 I think I’ll wear the blue one today. It matches my outfit better, don’t you think?

Imagine an island where volcanic sulfur dioxide eruptions make carrying your gas mask mandatory. Welcome to Miyake-jima Island. Enjoy your stay, although perhaps not the smell… 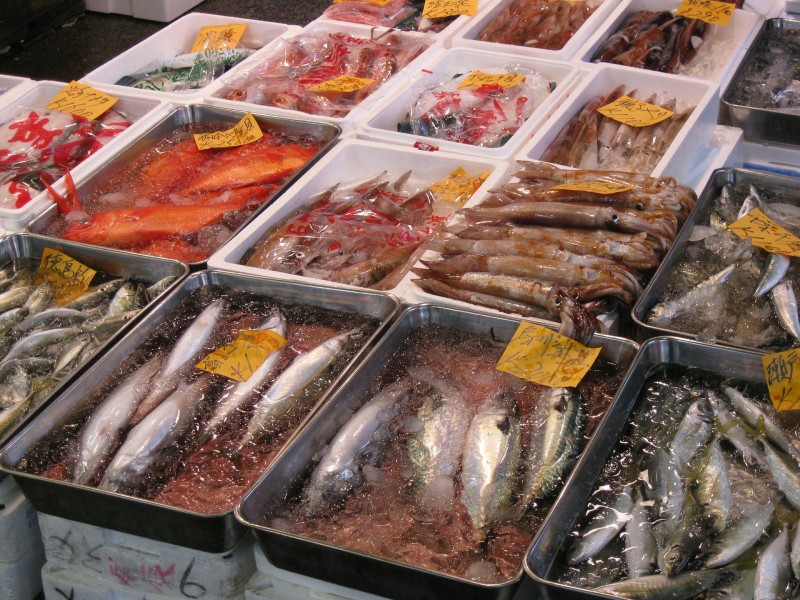 Tsukiji – the perfect spot for that 4AM fish craving…

Once upon a time, the only people here besides fishmongers were foreign tourists who couldn’t sleep. The Tsukiji Fish Market is a popular place now, though. It’s also home to a record-breaking sale – the most expensive tuna ever caught went for nearly $2 million dollars here, and almost every year, the record is broken in the market’s active and captivating fish auctions. 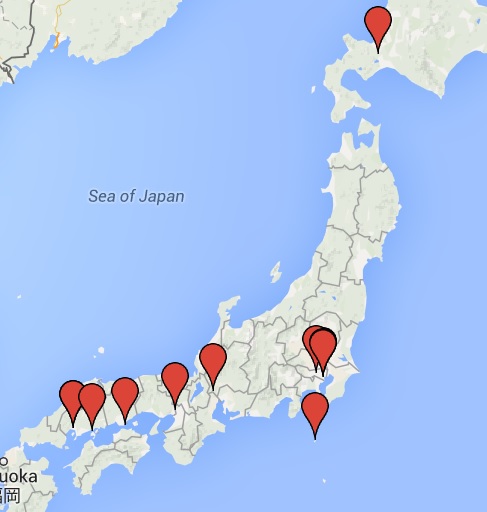 To visit all 15 sites, you’ll have to visit most of Japan – we only mapped 9 here. (Thanks for the map, Google!)

Tradition At Its Finest: Tokyo, Japan

I'm a fan of honest words, clarity, and impact. A writer, editor, and translator, I spend my days guzzling coffee like a champ, living the expat dream, and being mom to world's sweetest preschooler. I’m co-owner and copywriting head at Rusmexus Writers, a history buff, and have a background in international relations.
0 POST COMMENT
NEXT ARTICLE
The SS Edmund Fitzgerald and the Witch of November
November 11, 2015 - 5:47 pm
PREVIOUS ARTICLE
Sicily: Not as Italian as you think
October 20, 2015 - 2:18 pm