/ Attractions / Sicily: Not as Italian as you think

Sicily: Not as Italian as you think 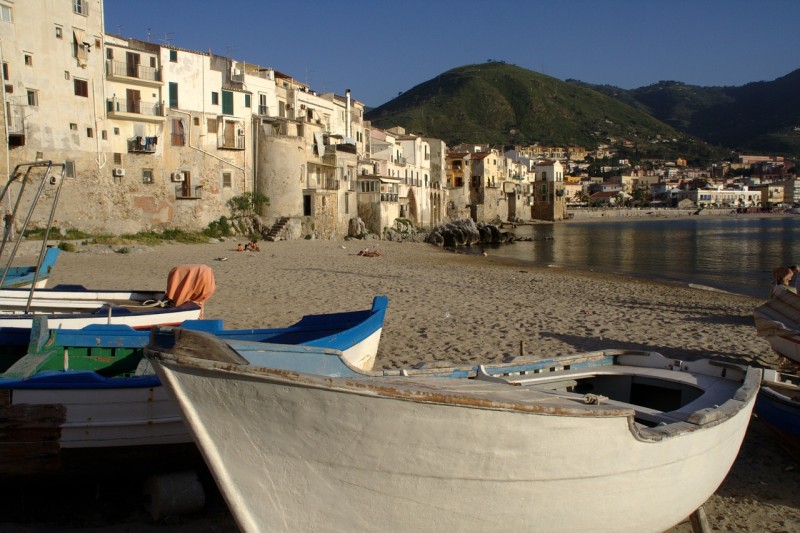 Sicily is a beautiful place, which might explain why it’s been fought over for millennia.

Sicilians have a lot going for them – great coastal climate, phenomenal food, ancient ruins and myriad tourist spots, not to mention a fierce pride in their identity. According to Wikipedia, Sicily was “controlled by greater powers—Roman, Vandal, Byzantine, Islamic, Norman, Hohenstaufen, Catalan, Spaniard—but also experienced short periods of independence, as under the Greeks and later as the Emirate then Kingdom of Sicily. Although today part of the Republic of Italy, it has its own distinct culture.”

As cultures settled on the island of Sicily over millennia, each left behind ruins, relics, and cultural artifacts. The result is a unique and fascinating culture, unlike any other. Sicilians are still considered some of the closest relatives of the first humans to leave Africa, and the rich history of this island nation begin before most parts of the world were settled. There’s a lot more to Sicily than a cultural melting pot under Italy’s control.

A Brief History of Sicily

Considered one of the must-see destinations on any trip to Italy, this tiny island has a fiercely independent nature. That makes a lot of sense when you think about how many times it’s been conquered. Lucky for history lovers and tourists, the island is covered in historic landmarks and important archeological sites. Nearly every empire of Ancient Europe had control of the island at some point, and the results are breathtaking.

When humankind first left Africa and began farming, one of the first places our ancestors stopped was Sicily. The genetic links between Sicilians and ancient humankind are strong, as recent research on the oldest human skeleton ever found with intact DNA confirms. But Sicily’s ancient settlers left more than their genes behind. Stunning cave paintings from the Upper Paleolithic, Paleolithic, and Neolithic eras can be found in numerous caves on Sicily’s Northwest Coast.

From 20,000-750 BC, Sicily was a popular stopping point for numerous cultures. Three native cultures, the Sicels, Sicanians, and Elymians, populated  The peoples who lived in Sicily for at least a few years include Phoenicians, Myceneans, Minoans, Ausonians, Aeolians, Chaldeans…and more. It was the definition of a cosmopolitan society, and almost every culture left buildings, paintings, mosaics, or other artifacts behind that tourists can visit and view today.

In the mid-700s BC, the Greeks moved in. Of course, Sicily was a hot spot in the ancient world, so despite near-total Greek domination, it was still a mix of cultures. Carthaginians, Sicels, and other peoples revolted from time to time in Sicily, but the Greek empire was strong. Yet, despite a strong hold on the island, pockets of dissent to Greek rule remained across Sicily. By 215 BC, the Greeks were sent packing. The impact of Greek culture on Sicily is unmistakable, however, and the island is home to several temples and structures dating from the Greek period. 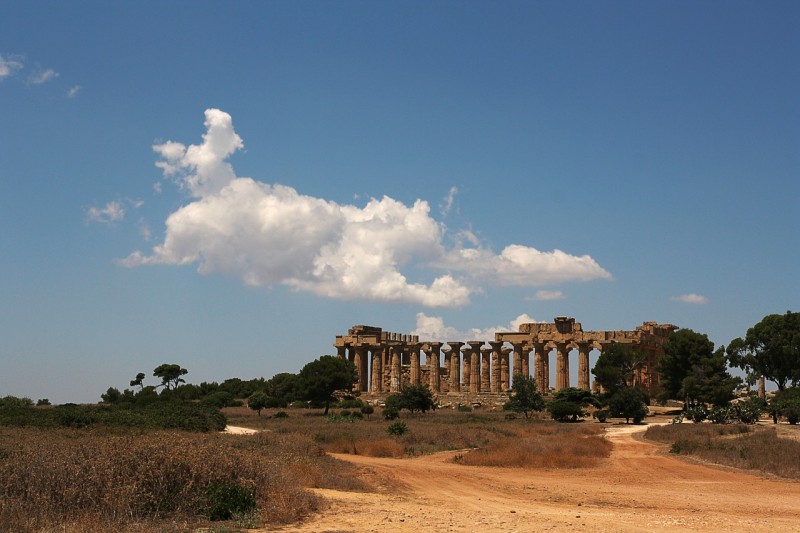 After the Greeks came the Romans and the rise of Sicilian Christianity. They were followed by Vandals, Goths, and Ostrogoths, then the Byzantine Greeks. After a very brief rule, the Byzantines were told to hit the road, and the Longobards (later known as the Lombards in Italy) moved in. The Moors decided they wanted to join the party, and began by setting up trading footholds in the mid-600s AD, then attacked the island piecemeal beginning in 827. By 903, they ruled Sicily.  The Normans, not to be left out, arrived in 1038 with Byzantine General George Maniakes in eastern Sicily.

Sadly for General Maniakes, Constantinople and Rome split in 1054. The Normans, having developed a fondness for Sicily, decided to keep it. Interestingly, they didn’t make it part of an existing European country. Sicily became a multicultural experiment – an island kingdom with Islamic, Jewish, and Christian law existing together, and individuals being tried according to their beliefs. 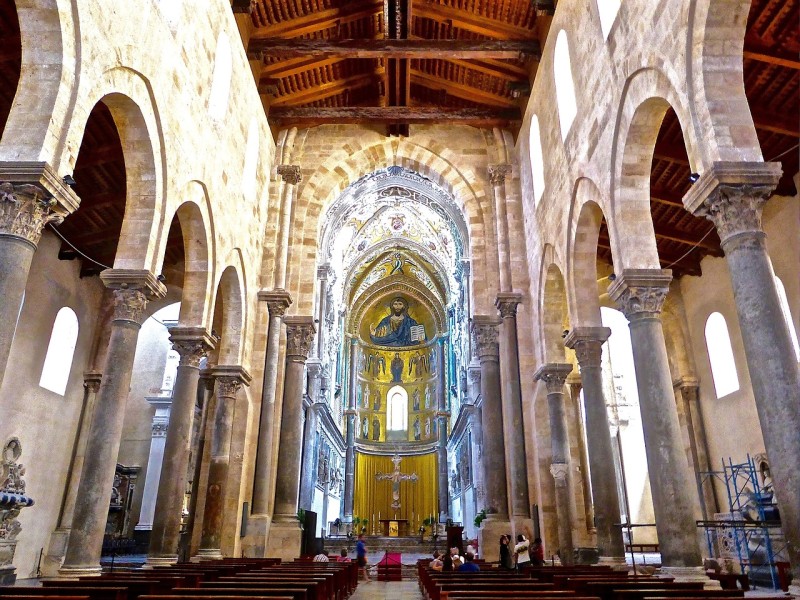 You can’t miss the Byzantine influence on the Cefalu cathedral.

Sicily’s Golden Era was in full swing, and would be ruled by numerous European leaders who traced their respective lineage to several different countries, from the Hohenstaufens to the Aragonese. The Spanish arrived, Inquisition in-progress, in 1487. Things were about to get rough in Sicily, after nearly 300 years of relative calm. The island that Plato had once considered the perfect place for his Utopia became a colony and felt the full weight of the Spanish Inquisition.

The plague hit in 1624, hunger and crop failure struck in the early 1640s, Mt. Etna erupted in 1669, poor harvests continued for a few more decades, and an earthquake hit in 1693, followed by another massive eruption of Mt. Etna, in 1699. Sicily went from paradise straight to hell.

Unofficial networks of Sicilian nobles started in the 1700s to solve social problems and conserve political order in the now-contested island. They eventually became the mafia. In 1782, the Inquisition in Sicily finally ended. A relatively-autonomous period began, and the island started normalizing after centuries of chaos. In 1812, Feudalism ended. The Kingdom of the Two Sicilies was formed in 1816, and despite missing out on the Industrial Revolution, Sicily was the most prosperous Italian state. 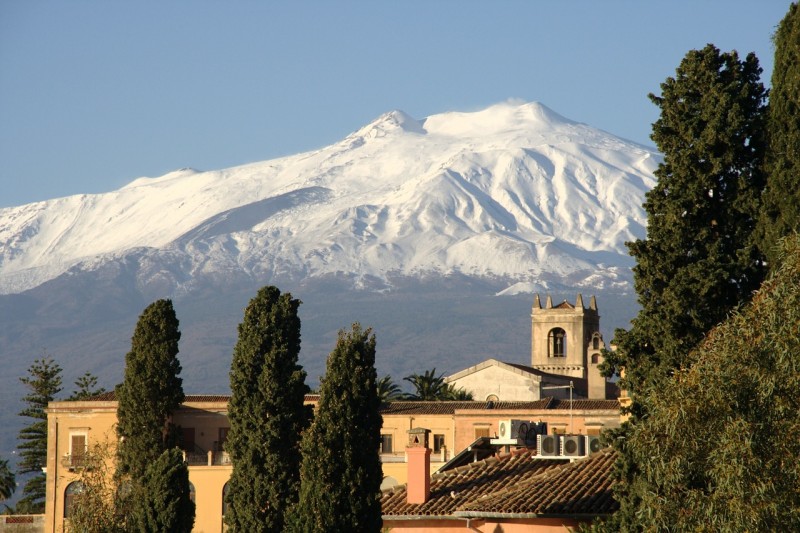 A view of Mt. Etna from Taormina.

In 1848, riots began and Sicily plunged into political upheaval, yet again. The Italians invaded, and Sicily was absorbed into the Italian state. Millions of Italians and Sicilians fled to the Americas.

In 1908, a major earthquake struck, killing nearly 100,000 of Messina’s residents. Survivors were still living in temporary shelters when the Allies arrived in 1943. Italy had been under Fascist rule from 1922-1943. The Sicilians had, for the most part, been against the idea of Fascist rule and welcomed the Allies.

Women got the vote in 1946, and the Italian Republic was established in 1946, the same year that Sicily was declared a semi-autonomous region. Today, the island is still known for its slow pace towards development, but is also a welcoming home to immigrants from around the world. Although you’ll likely hear Italian on the street, Sicily has its own language, a blend of Greek, Latin, Aragonese, Arabic, Longobardic, and Norman-French tongues. Even Dante knew of its beauty, although many of the island’s modern residents have forgotten it’s depth and wonder – rivaled only by the island’s history.

What to See in Sicily

Thanks to its rich history, the island of Sicily is filled with amazing places to visit and things to see.

Some of Sicily’s most captivating sites are its cave paintings. Along the Northwest Coast of the island, you’ll find more than a few worth visiting. Don’t miss the Addaura Cave. It’s one of the best places to view Sicily’s fascinating prehistory.

Valley of the Temples in Agrigento

Situated in Agrigento, the Valley of the Temples is a UNESCO World Heritage site and features stunning examples of Greek architecture, most of which were built in the 5th Century BC. Oh, and be ready to climb up…it’s not a valley. In fact, it’s on a ridge.

This ancient Greek theater is still a good place to catch a show.

The beautiful and enchanting town of Taormina is a popular tourist stop for its charm and beauty, but it hides another site you’ll want to see. The Greek Amphitheater. Built in the 3rd Century BC, it’s a breathtaking example of how to combine a performance space with a great view.

Small, free, and housed in a charming building, this museum is a delight. It’s not home to a huge collection, but it does offer some unique pieces that illustrate Palermo’s history. Recently remodeled, it is a charming stop you won’t want to miss.

Looking to see Ancient Greece and Rome in one afternoon? Start here. The Paolo Orsi Museum of Archeology. While here, don’t forget to visit the Neapolis archeological park. Combined, the two offer an impressive window into Ancient Syracuse. 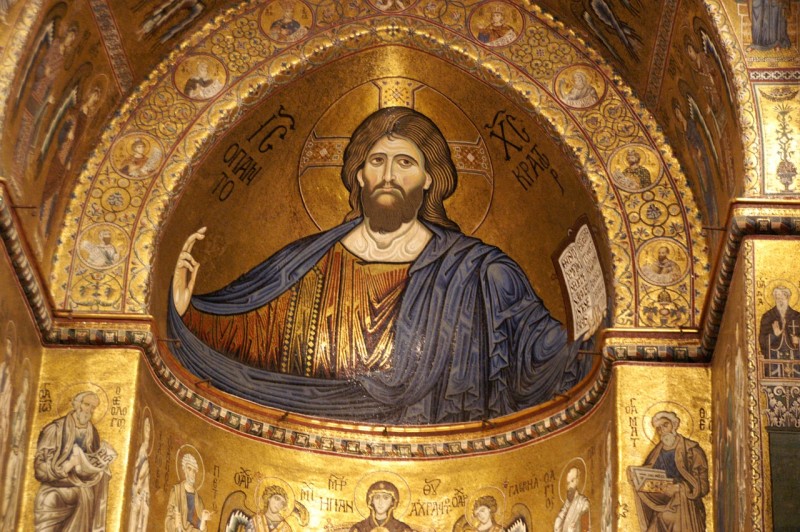 It doesn’t look like much from the outside, but the Cathedral of Monreale has a stunning interior.

A combination of Arabic, Norman, and Byzantine styles come together in the unique and splendorous interior of this cathedral. The exterior façade is simple, unassuming, and although charming in its own way, doesn’t hold a candle to what you’ll see inside. Don’t miss the cloisters, and pay close attention to detail – the Cathedral of Monreale is so rich in it, you’ll be in awe.

What to Eat in Sicily

Many of your favorite “Italian” dishes aren’t from the mainland. They’re Sicilian. Let your taste buds take a tour that rivals the history of Sicily, and while you’re at it, don’t miss these dishes.

A blend of all summer vegetables that make Sicily a delightful place to eat, eggplant is a key feature in this dish. The sweet and sour flavor is delicious and although this is a purely vegetarian dish, you’re sure to find it filling and hearty. 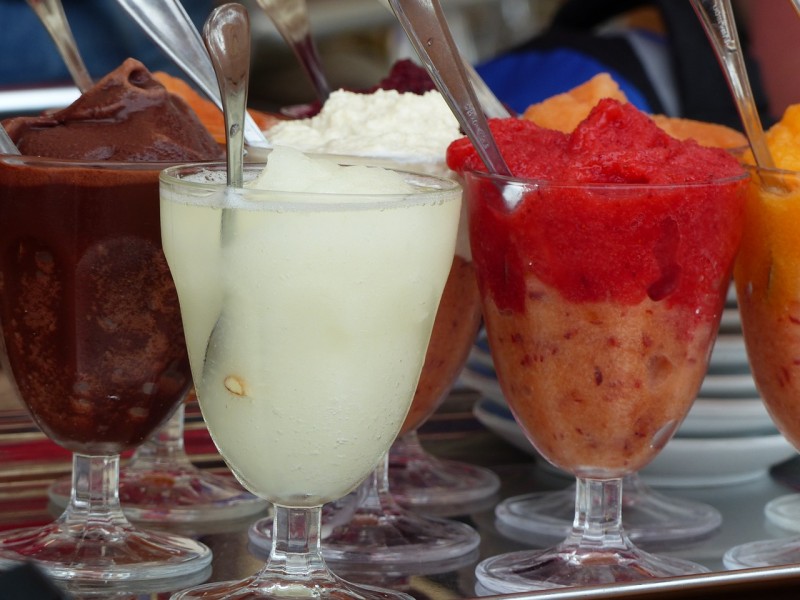 Now found all over Italy, Sicilian granitas are a great summer treat. It’s the perfect cross between an Italian water ice and a sorbet, with a unique texture. Common flavors include coffee, almond, jasmine, mint, citrus fruits, and seasonal berries.

Rice balls with delicious stuffing, arancini have a captivating history, and it start with a time of hunger and a statue of St. Lucia. Eat a few of these delightful treats, and learn their culinary past. On December 13th, they might be the only carbs you can find… 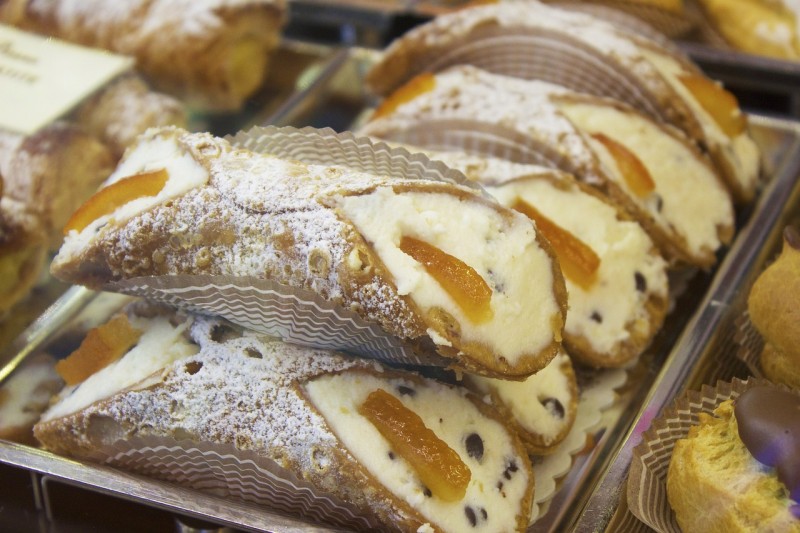 Who doesn’t love cannoli? This quintessential dessert is like heaven on a plate, and the opposite of every dietitian’s recommendations. Indulge in it, especially here.

Sicily is an island, which makes seafood here a given. Polpo Bollito is simply boiled octopus, but it’s so perfectly cooked here that you won’t need anything else.

Enjoy your Sicilian adventure, and if you’ve been there or you’re proud of Sicilian heritage, tell me about it in the comments.

I'm a fan of honest words, clarity, and impact. A writer, editor, and translator, I spend my days guzzling coffee like a champ, living the expat dream, and being mom to world's sweetest preschooler. I’m co-owner and copywriting head at Rusmexus Writers, a history buff, and have a background in international relations.
0 POST COMMENT
NEXT ARTICLE
15 Bizarre Places to Visit in Japan
October 26, 2015 - 4:43 pm
PREVIOUS ARTICLE
11 Captivating History Cruise Options for Real History Buffs
October 9, 2015 - 1:10 pm