The ancient Greeks invented this sporting tradition that has endured millenia.
John DeMaio on February 5, 2014 - 6:36 pm in Quick History

With the XXII Winter Olympic Games in Sochi, Russia fast approaching, let’s take a moment and backtrack to see where it all began.

Crowning of Victors at Olympia

Historical records place the origins of the ancient Olympic games around 776 BC in Olympia, Greece – although it is believed that they had been going on for many years before this time.  Greek speaking free-men from all of the different city-states, came to Olympia to compete in this religious festival that occurred every four years.

The remains of ancient Olympia stadium in Greece

The four year “olympiad” became a unit of time measurement for many historians – noting significant historical events within the time-span from one Olympic festival to the next.

The ancient games are similar to our modern Summer Olympic Games…except with much more nudity. The Greek tradition of gymnós (which means nudity) is a practice said to encourage aesthetic appreciation of the male body and a tribute to the gods. This practice was introduced by the Spartians and adopted by the Olympic games in about 720 BC. 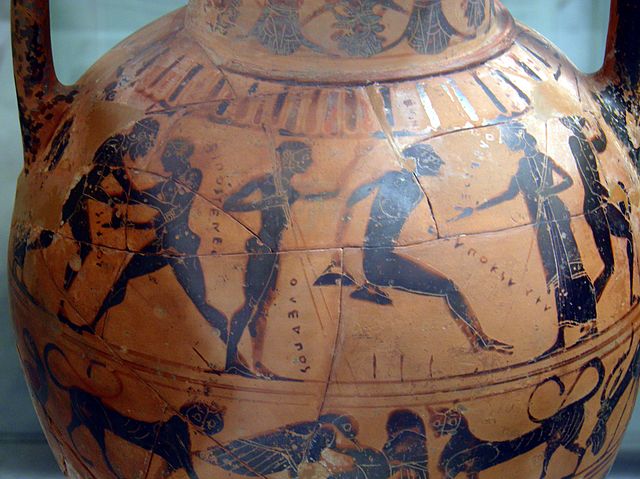 A competitor in the long jump

It has been widely written that during the Games, all conflicts among the participating city-states were postponed until the Games were finished. This cessation of hostilities was known as the Olympic peace or truce.

At the beginning, the only Olympic event was called the stadion (or “stade”) race, which was a short sprint measuring between 180 and 240 metres (590 and 790 ft) – it was the length of the stadium at Olympia. Runners had to pass five stakes that divided the lanes – one at the start, another at the finish and three in between.

The diaulos, or two-stade race, was introduced in 724 BC, during the 14th Olympic games. The race was a single lap of the stadium, approximately 400 metres.

A third foot race, the dolichos, was introduced in 720 BC. The length of the race was 18–24 laps, or about three miles (5 km). The runners would begin in the stadium but then follow a path outside of the stadium that would wind its way through the Olympic grounds – eventually returning to the stadium for the finish.

The last running event added to the Olympic program was the hoplitodromos, or “Hoplite race.” It was introduced in 520 BC and was traditionally run as the last race of the games. The athletes participated in this race in complete armor that weighed between 50 to 60 pounds. It was meant to emulate the speed and stamina needed for warfare. 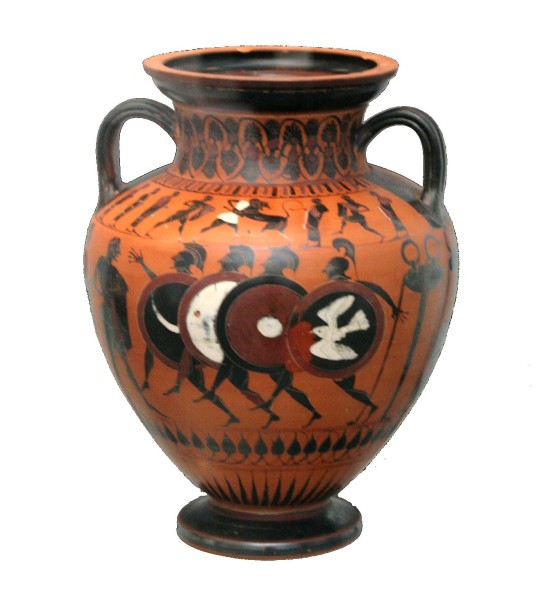 Events added later to the Olympic schedule were boxing, wrestling, chariot racing, long jump, javelin throw and the discus throw. The addition of these events caused the Olympic festival to grow from one day in the beginning to five days. 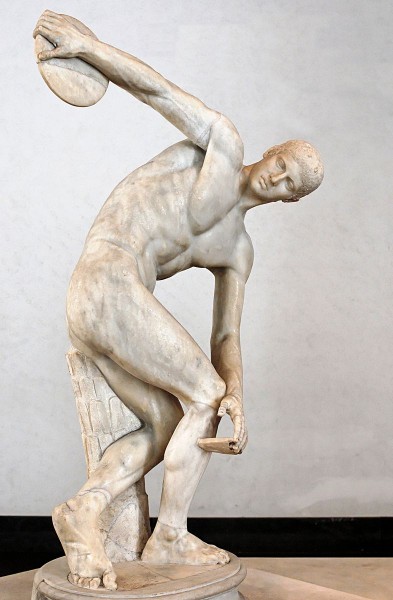 The “Discobolus” is a copy of a Greek statue c. 5th century BC. It represents an ancient Olympic discus thrower.

The Olympic Games continued to be celebrated when Greece came under Roman rule although they went into a decline. Then finally in 384 AD, the emperor Theodosius I suppressed the games as part of the campaign to impose Christianity as the state religion of Rome.

The IOC is a Swiss non-profit, non-governmental organization based in Lausanne, Switzerland is is tasked with organizing the modern Olympic Games.

The first Games that were held by the IOC was hosted in the Panathenaic stadium in Athens in 1896. The Games brought together 14 nations and 241 athletes who competed in 43 events. The Games of the First Olympiad were a huge success.

In 1908 and 1920, figure skating was included as part of the Olympic Games. Hockey was also included in the 1920 Olympic Games but it was then decided that winter sports needed their own venue. A winter sports week (it was actually 11 days) was held in1924 in Chamonix, France, in connection with the Paris Games held three months later; this event became the first Winter Olympic Games. 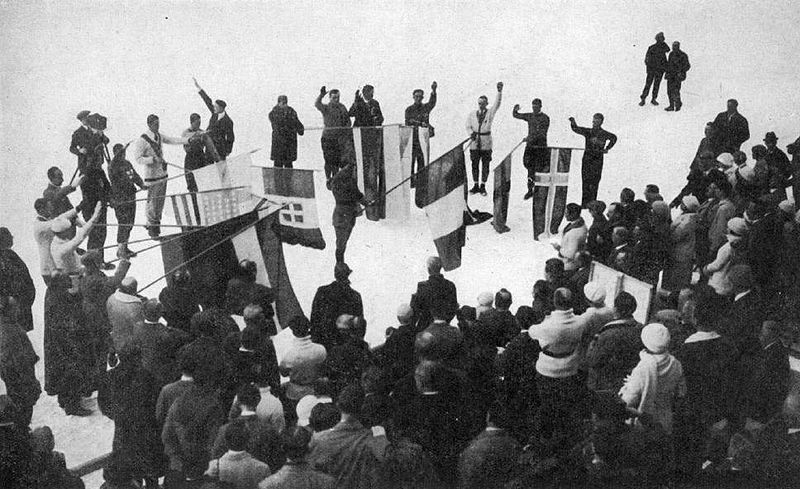 Arguably the most recognized symbol of the Olympic Games is the Olympic flame and the torch that carries it. The flame commemorates the theft of fire from the Greek god Zeus by Prometheus. During the ancient Games, a fire was kept burning through the celebration.

The Olympic cauldron in the London 2012 Olympic Games

The Olympic flame was reintroduced at the 1928 Summer Olympics in Amsterdam and it has been part of the modern Games ever since.

Producer and co-creator of the Travel Thru History television series.
0 POST COMMENT
NEXT ARTICLE
The Miracle on the Hudson - The Incredible Story of Captain "Sully" and US Airways Flight 1549
February 6, 2014 - 7:05 pm
PREVIOUS ARTICLE
What to Know About The Space Shuttle Columbia Disaster
February 4, 2014 - 12:10 pm